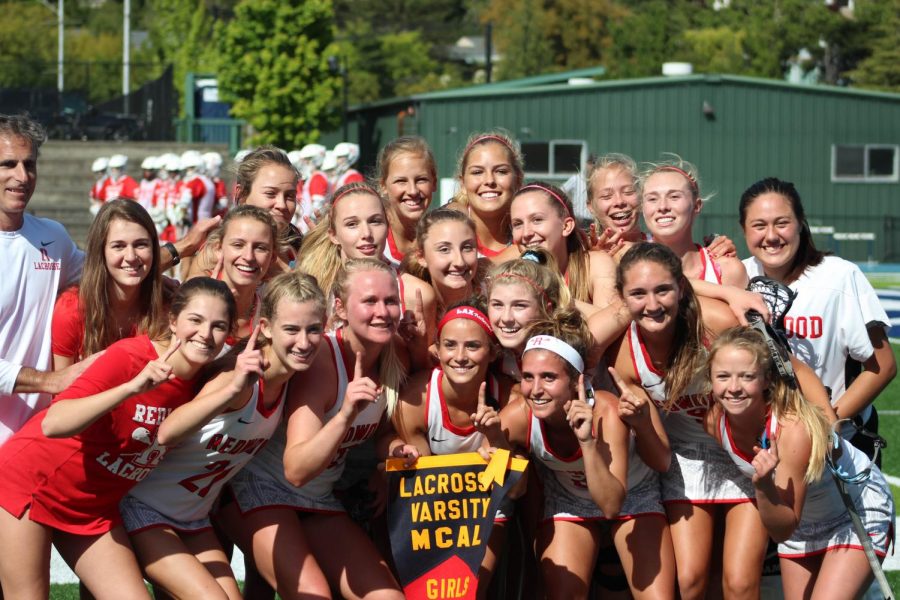 After a season of hard work, largely without a head coach, the 2019 girls’ varsity lacrosse team won the Marin County Athletic League (MCAL) Championship on Saturday against the Novato Hornets. Going into the game, Redwood was the top seed in the league with Novato right behind them at second. To open the game, senior Caroline Soja scored the first goal, followed moments later by fellow senior Sabina Bacino. Despite starting off strong with two goals, Redwood found themselves a few points behind for a good majority of the game, constantly playing catch-up with the Hornets’ scoring attack. Soja and Bacino, along with senior team captains Amanda Morse and Erin McCarthy, proved monumental in the winning of the game, all scoring multiple goals. Many of the Redwood players stepped up to the day’s challenge, but Morse’s penalty shot, seconds before the time ran out, clinched the victory for the Giants. The Redwood girls are now seeded fourth in Division I North Coast Sections (NCS) and are scheduled to play Saint Francis on Tuesday May 7th at 5:30 PM at Redwood.