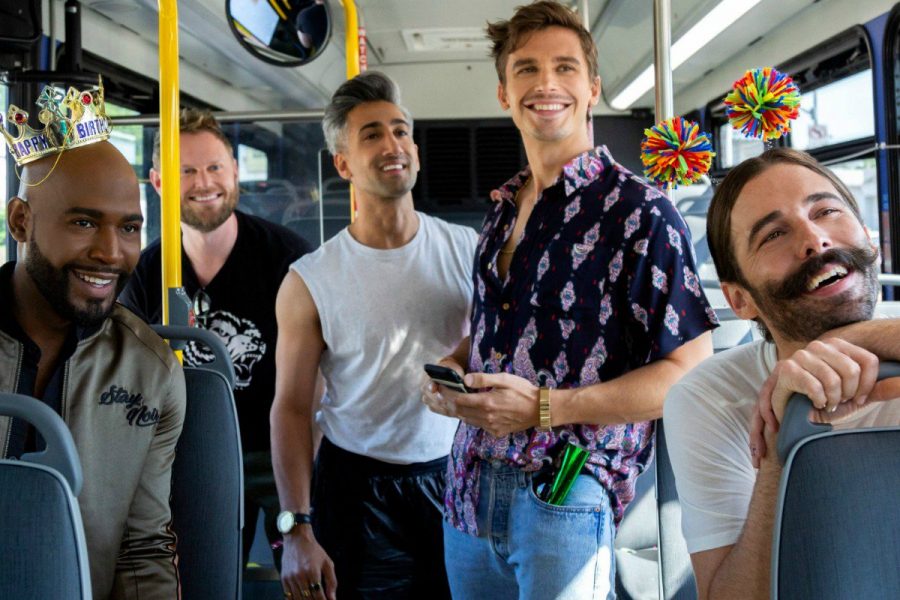 “Queer Eye,” the Emmy Award-winning Netflix original based off the popular 2000s show with the same name, has returned for its highly anticipated third season following a nine-month hiatus. Since the “Fab Five’s” introduction in 2018, they have stolen the hearts of thousands of viewers and educated the public on the importance of self-care and the power of a great haircut. Distancing itself from the formulaic pattern of which the first two seasons fell, the third season and its eight episodes that unveiled on March 15 tackle new challenges, topics, and diverse clients, effectively resulting as the best season yet.

“Queer Eye” follows the “Fab Five,” a group of five gay men, who make over a new deserving “hero” in each episode, helping them on their journey to self-love. Each member of the the Fab Five plays a vital role: Jonathan Van Ness for grooming, Antoni Porowski for food and wine, Tan France for fashion, Karamo Brown for culture and Bobby Berk for design. 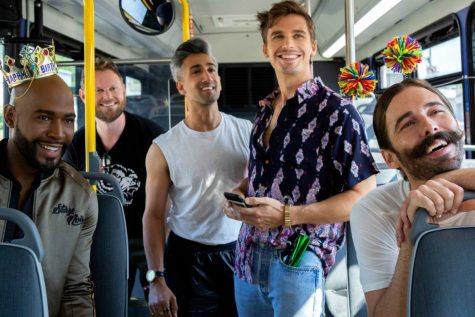 The main issue with the show’s previous seasons was that it was obviously still in its developmental stages. Following the original series’ formula for its initial success, the show, as to not turn away the returning audience, feared making dramatic content changes. The first series was pivotal in exposing the country to the LGBTQ+ community and the fight for awareness. The reboot has met the expectations set by the orignal; however, if the show continues to produce the same content, it will disengage the audience, just like how I felt my interest dwindling.

In the newest season, I was pleasantly surprised to see the developed relationship of the Fab Five and an incredibly engaging new group of “heroes,” including demographics not yet touched on in the previous series. Episode one included the first female makeover, and this diversity continued later showcasing the first duo and the first lesbian. The show is making an effort to broaden their audience and break from the traditional mold of “queer eye for the straight guy.” As a viewer, the growth is welcomed. Along with the new “heroes,” the show moved from Atlanta, Georgia to Kansas City, Missouri and welcomed a new canine cast member, Bruley. The show had desperately needed these new and interesting additions, and I was incredibly satisfied.

No two episodes felt the same, as each centered around its own general theme, varying from new parenthood, expanding a family restaurant, femininity to losing a loved one to cancer. As a group, the Fab Five have developed so much that such varying storylines can be accomplished without appearing disjointed in a collective season. Season three was able to connect the stories by focusing more on the central idea that self-love is not a selfish task. “Queer Eye,” through helping the “heroes” achieve their goals, also helps the viewer realize the self-deprecating acts one inflicts upon themselves that can be corrected. This is all the more telling of the importance of the show and its powerful, emotional impact on its viewers.

“Queer Eye” is a current, diverse show, presenting a message that is not promoted enough in society: the importance of self-care. The episodes are also not serialized, making for an even easier viewing experience. If you’re in the mood for a lighthearted series that will make you laugh and break out the tissue box, “Queer Eye” is the perfect show for you.