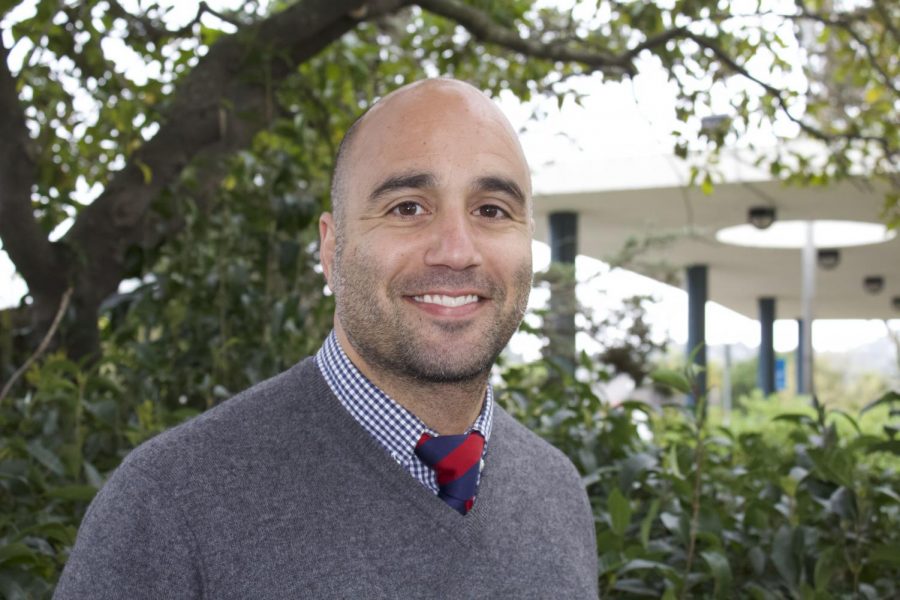 “I would see bombs being dropped and things exploding. There was always noise, chaos and fear. Much like we do at Redwood during an [earthquake] drill, we would take cover under tables or beds, hoping that if something was bombed near us it would not kill us,” said Saum Zargar, one of Redwood’s three assistant principals.

Growing up in a small, war-ridden town in Iran in the 1980s, Saum now has an unmatched appreciation for his life in America.

“Do not get me wrong, I love everything about Marin: the Trader Joe’s, being able to go to the movies with my son, getting a nice car wash, everything. But none of that would be the same without the foundation of my origin. And I think that is why I love it so much, because my family and I worked so hard get these opportunities,” Saum said.

Back on a seemingly normal day in Jan. of 1987, Saum’s morning started like any other. His aunt, Tooran, and brother, Kamrun, went out to the city to shop while his father left for work at a local refinery. This left Saum with his mother back at home.

Kamrun and Tooran were in a camera store to buy film when word came in that both the city and refinery were about to be bombed.

“Outside, I could hear people screaming and pointing to the sky. Once the bombs had dropped, we were so close that I could literally feel the shock go through me. The glass shattered, and immediately my brother fainted,” Kamrun said. “Luckily, a taxi driver we knew was close by and yelled for us to get in the car so that he could take us back home.”

Saum recalled how stressful it was to wait to hear back from the rest of his family.

“I was taking shelter in our house and I had no idea if my dad or my brothers were alive or not,” Saum said. “If our house was Redwood High School, the distance between us and where it was being bombed was like the Larkspur Theatre.”

Once the Zargar family reunited in their home, they decided to permanently flee the city and head to the desert for protection from the turmoil. According to Saum, it was common for others to do the same. After the catastrophic events of the day, Saum described the desert as a “tent city”.

Luckily, Saum, his father, and Kamrun, all had American citizenships because they were born in Missouri.

“My parents decided that they were going to do what they could to return to the United States,” Saum said.

However, due to a misunderstanding with their passport expiration dates and the tensions between Iran and the United States, the trio had to send their expired passports to the United States through Turkey to get them renewed.

After two weeks their passports were finally approved and the Zargar family made their way to America. Traveling from Istanbul to Belgium to New York, Saum and his family finally reached San Francisco on June 25, 1987, a date that will forever live on in the Zargars’ hearts and memories.

“I remember coming into JFK. I remember the Statue of Liberty, seeing it from the airplane. That is a vivid image for me. And I remember having some American coins; I had a couple dimes and some quarters in my pocket. I thought that was the coolest thing,” Saum said.

According to Saum, when coming into a new place, little things make the biggest impression. Kamrun’s experience was no different.

“After we landed we had to get gas for our car, so we went to the gas station. My uncle came back with ice creams for each of us, which was weird for me because ice cream and gas were never something I thought would be in the same place,” Kamrun said.

31 years after his return to the United States, Saum now lives a successful life in Marin County with his wife and son. A story like Saum’s brings an invaluable perspective to a community where 82 percent of the population is American born, according to the United States Department of Commerce.

“No matter how old I get, I will always remember the journey and the struggles my family went through in order to get me these opportunities,” Saum said. “I think of myself in this job and this country and can only think of the miracle that brought it all to me.”