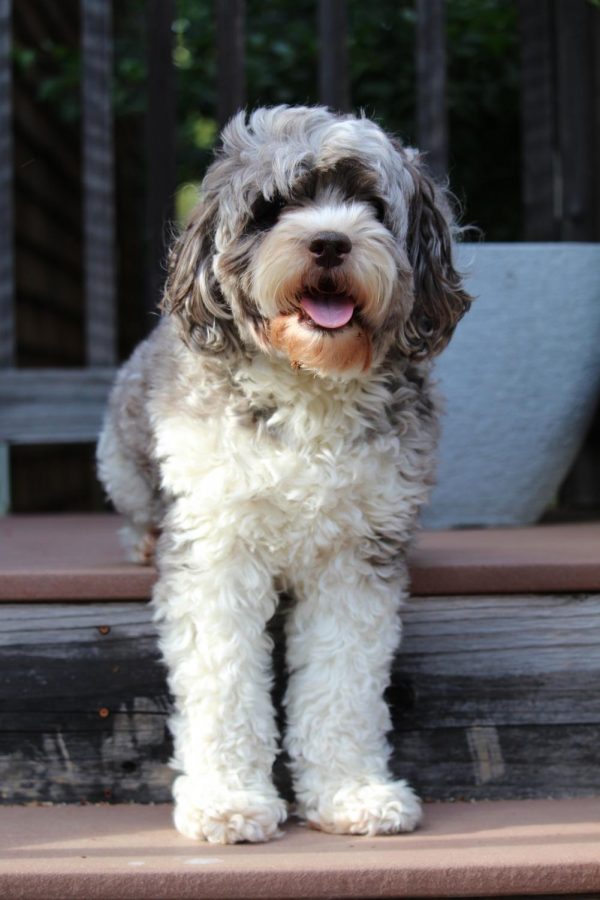 Most “teachers’ pets” have to participate in class and turn homework in early to earn their teacher’s respect, but here are some of Redwood teachers’ actual pets that are loved unconditionally, even if they pee on the classroom floors. 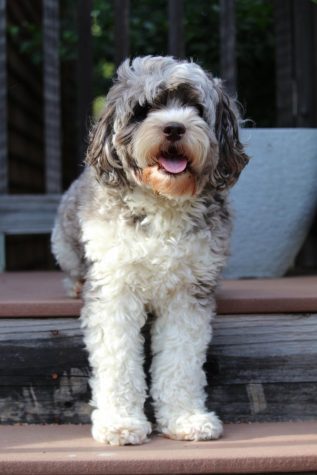 Meet Markley, teacher Stephen Hart’s dog. Almost every student has wandered past room 237 on the second floor with aesthetically pleasing bulb lights strung across the ceiling, where Hart teaches Social Issues, Geography, Yearbook and Advanced Placement (AP) Economics. Any student of Hart knows that Markley is a huge part of his life, as one can often see the dog peeking from behind open browsers on his laptop screensaver. Markley is a seven-and-a-half-year-old Australian Shepard Poodle, named after the dorm Hart raised him in at the University of Michigan, Marie Markley Hall. Most notably, Markley has two different colored eyes, one brown and the other a piercing blue. According to Hart, Markley enjoys running through the Redwood halls when visiting after school or on weekends.

“He will start whining and getting all excited when we are in the car. When we get inside he will look at me, and once I say ‘Go ahead’ he runs away and slides around the corners,” Hart said.

Hart has extended his teaching ability to his dog. This does not mean Hart is teaching Markley the Social Issues curriculum, such as the ins and outs of condom usage, but rather, he has skillfully taught Markley to give him a hug when he gets home each day. According to Hart, when he returns, Markley will run to the highest point in the house just so he can place his paws on Hart’s chest to “hug” him. 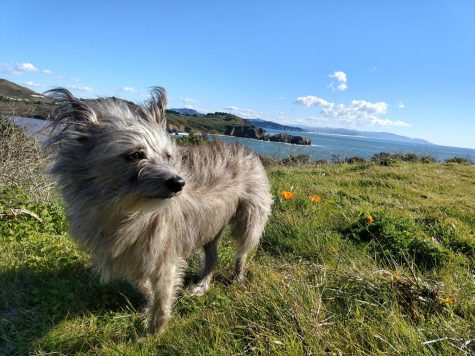 arding Piper’s walks. However, he said that Piper can be seen as aggressive to strangers because she generally doesn’t like new people. In reality, Sinkler knows her to be a cuddler and quite timid. In fact, Piper can often be seen running away from birds with her tail between her legs. She was rescued from Humboldt County when she was six months old, and since then has been treated like a princess. Sinkler says that Piper refuses to even touch her kibble if it is not garnished with human food, including Greek yogurt or cheese.

“If it’s just plain, she will just stare me down,” Sinkler said. 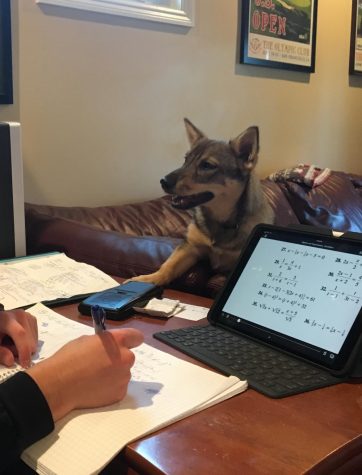 Lovisa, or Lulu, teacher Jessica Crabtree’s puppy, is a Swedish Vallhund, a rare dog that looks like a cross between a Corgi and a Husky. She is the youngest of Jessica’s two Vallhunds; the other is approximately 10-years-old. Lulu is also shared with William Crabtree, Jessica’s husband and a fellow Redwood teacher. When Jessica got her first Vallhund, she thought the dog was “not that bright” because of her previous experiences with intelligent Labrador Retrievers. However, after the addition of the new puppy to the family, she realized the older dog is a genius.

“If the old dog is an old soul, then the puppy is on its first trip,” Jessica said.

Before the Crabtrees bought a Vallhund puppy, they were told they needed to be prepared to deal with a dog who would really want to be an alpha. According to Jessica, she figured that it would be fine since she deals with William every day.

These dogs are a large part of our teachers’ lives and students must come to the realization that we will never measure up to these lovable pups. Every minute we sit watching our teachers, Markley spends another staring at Hart’s door. And remember, the next time a test is particularly difficult, you are not Lovisa, Piper or Markley, so do not chase teachers around the room or poo on their floor.