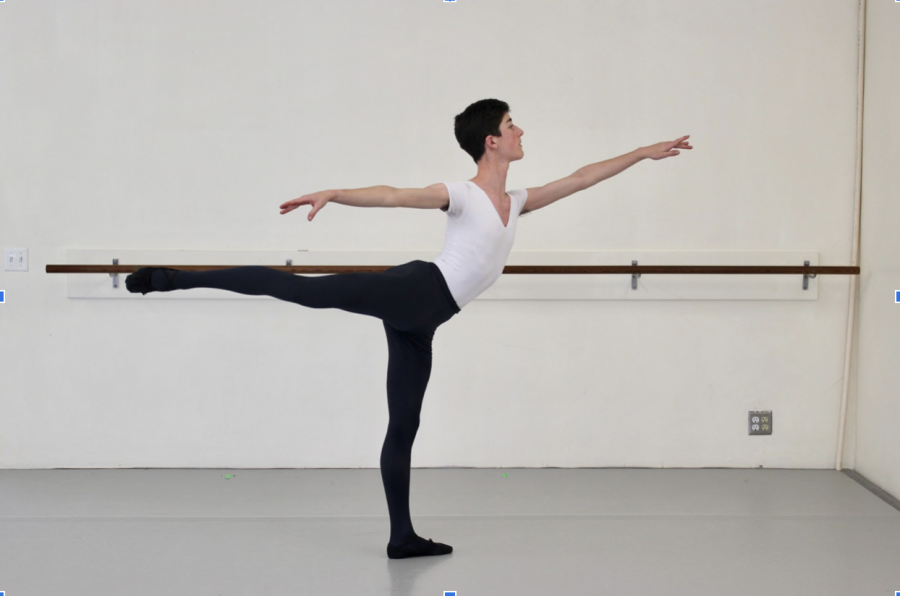 Welcomed by the cool evening air, Jordan Mann, whose face is red from exertion, exits Marin Dance Theater (MDT.), exhausted yet fulfilled from the past three hours of ballet. Though intense and time-consuming, ballet has been a strong passion of Mann’s since kindergarten.

From age six, Mann has proven to be an anomaly among his fellow peers, choosing to pursue a career in ballet as an alternative to other mainstream sports. This decision for Mann was a product of his musical childhood, which instilled in him a love for dance and ballet that has endured through high school thus far.

“When I started off dancing at MDT, they incorporated in musical theater and contemporary dance to give us a broad background in dance, but ballet was what ultimately caught my interest most because of the many techniques required,” Mann said.

The only male in his advanced class at MDT, Mann dances almost every day while also maintaining his grades and engaging in coding, another one of his passions. Nevertheless, Mann’s rigorous schedule has only improved his time management skills and ability to prioritize his interests.

“Every morning I plan out my day based on my schedule. I make time for all my vital homework knowing ballet will take up a large chunk of my day. With each day comes a different study session; it all depends on my schedule that day,” Mann said.

Ballet is an extremely time-consuming sport, as the necessary techniques require repetition over many hours. From the precise placement of a single finger to the angle of an outstretched leg, every movement matters in ballet. In addition to his laborious homework load from advanced classes, ballet leaves hardly any free time for Mann.

Furthermore, as Mann’s commitment level has progressed, Ari Kosorukov, a long time friend of Mann’s, hasn’t been able to spend as much time with him.

“We’ve been close friends since middle school, but we mostly hang out in school because it’s hard to see each other after school. I obviously understand his situation. He loves ballet a lot,” Kosorukov said.

Unfortunately for Mann, the reality is that while he gets to pursue ballet most days, the strain it puts on his schedule is very difficult to manage.

“I’m definitely tired most of the day, both mentally and physically. It’s hard to make time for rest or leisure,” Mann said.

Nevertheless, Mann has established successful study habits to decrease the burden of his homework load and credits his ability to manage his schedule and workload in part to ballet.

“The mental discipline required in ballet definitely translates into my study habits. You start to reshape how you value progress and commitment because of the mental strength ballet requires,” Mann said.

Moreover, Mann has progressed through the ranks of MDT due to his intense focus and diligence towards ballet for 10 years.

“I think one of the reasons I love ballet so much is because there is always something for me to work towards and master,” Mann said.

“I knew I was dealing with a very bright and intuitive danseur (male ballet dancer) when he was just seven. He always listened, was very humble, and was always eager to learn. Still today, he is respectful to everyone and a role model to all the younger boys who look up to him,” Cox said. 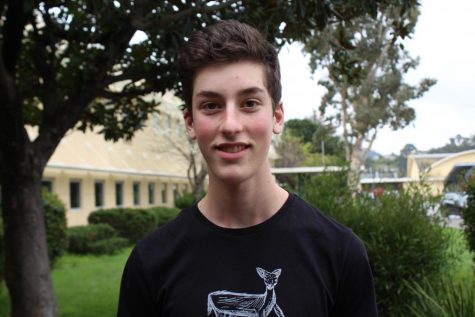 Despite his busy schedule, Mann’s creative hobbies extend to coding. He spends the majority of his free time coding independently at home. While coding may appear the antithesis of ballet—stationary, in front of a screen, alone—Mann has drawn various similarities between his two hobbies, owing his liking of both to his imaginative nature.

“I’ll be dancing and I’ll see someone move their arm fast, slow, and then fast again, and I’ll think how I can write that in code,” Mann said. “I think in a very logical manner, and use that to reinforce my creativity in coding and ballet. This helps me to pick up skills and apply them effectively.”

This abstract way of thinking illustrates Mann’s general creative outlook on many aspects of his life.

“I think I’m just an artistic guy. I love to create things, whether that is in code or through my portrayal of a character in a ballet,” Mann said.

Kosorukov agrees. He believes Mann’s creative endeavors are fueled by his passion for his hobbies.

“When I saw him performing, I could see from all the way in the audience the emotion he showed while dancing,” Kosorukov said.

Such emotion is vital for a successful ballet dancer, who must convey an entire story without speaking. Thus, Jordan’s ability to express himself effectively and work diligently makes him a valuable asset to Ms. Cox.

“Jordan has such a strong passion for his work. He always applies correction and is willing to push himself further,” Cox said.

Mann plans to continue his career in dance for as long as he can.

“I think I was just born to dance. I can’t remember a time when I wasn’t always dancing around the house or in the ballet studio. It’s in my blood,” Mann said.