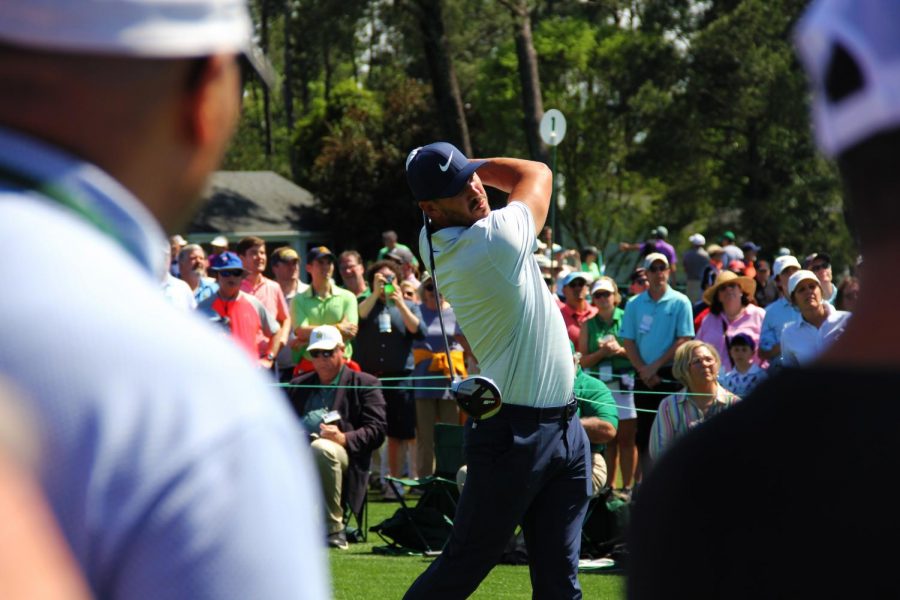 Brooks Koepka tees off of the first hole at The Masters.

The 2019 Masters started on April 11 and ended on April 14. Despite rain concerns throughout the week, the course remained fairly dry with minor showers throughout the tournament. Tiger Woods was able to clinch his first major tournament in 11 years, as he won The Masters by one shot at -13. He now holds 15 major titles, which is just 3 in back of Jack Nicklaus who holds the record at 18 major tournament wins.