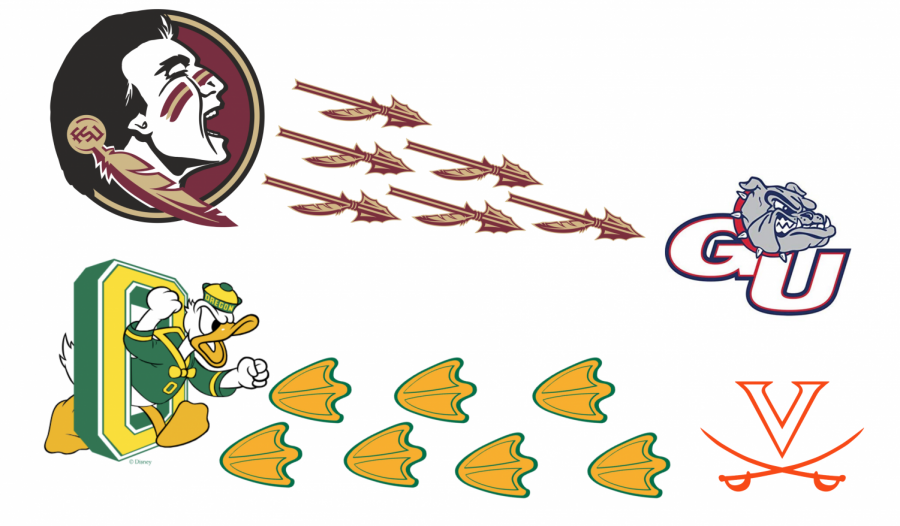 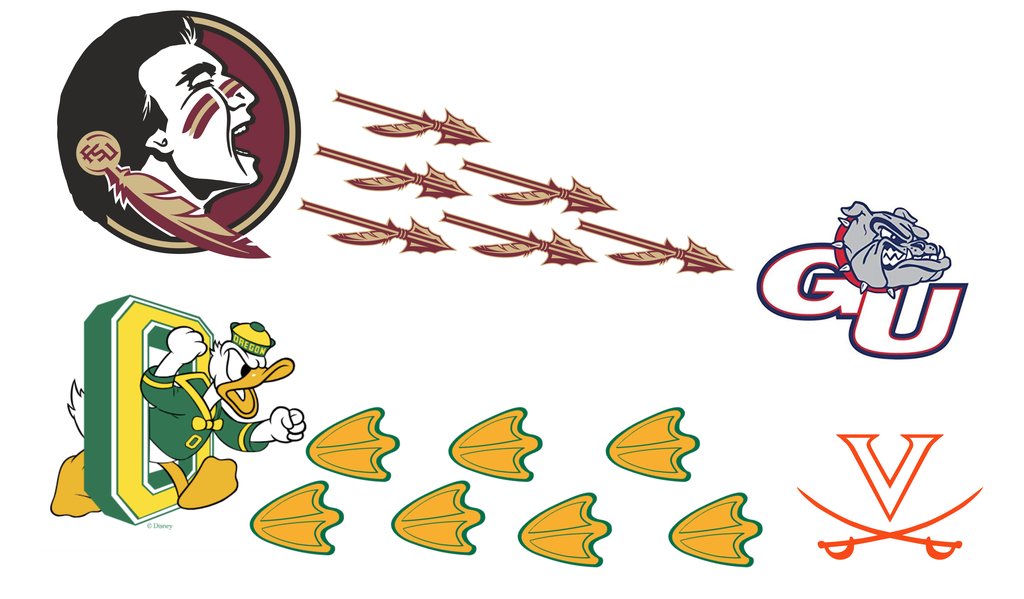 Warren’s Watchlist is a weekly predictions column written by senior Sports Editor Sam Warren on everything associated with the NCAA Division I Men’s Basketball tournament throughout the month of March.

After a weekend full of top-seeded victories and overmatched opponents, it is quite safe to say that this year’s NCAA Tournament produced one of the most boring beginnings in recent history. Statistically speaking, this year’s Sweet Sixteen has the lowest sum of combined seeds since the tournament expanded to 64 teams in 1983. In fact, this tournament has been so reliable to the chalk that there is still a perfect bracket heading into the third round for the first time ever. In all four regions, the top three seeds advanced to the second weekend, with four-seeds Virginia Tech and Florida State (FSU) continuing as well in the East and West regions respectively. In the Midwest Region, fifth-seed Auburn defeated fourth-seed Kansas, who limped into the tournament without key player Udoka Azubuike. In fact, the only team to make a real Cinderella run is the 12th-seeded Oregon Ducks, who defeated fifth-seed Wisconsin and fellow upsetter 13th-seeded UC Irvine, advancing to the Sweet Sixteen. Despite the lack of disruption, here are some possibly intriguing matchups heading into the second weekend.

West Region: No. 1 Gonzaga vs. No. 4 Florida State

So far in the tournament, top-seeded Gonzaga has really faced no contest from their opponents. Dominating 16th-seed Fairleigh Dickinson (FDU) 87-49 in the first round and ninth-seed Baylor 83-71 in the second, the Zags have been led by commanding performances by forwards Rui Hachimura and Brandon Clarke. Hachimura, grabbing 13 rebounds and 27 points over the first two games, has been a ferocious force on the boards, causing the smaller FDU and Baylor teams to submit to his efforts. Clarke, who dropped 36 points in the second round versus Baylor, has been the Zags main source of offense, proving to be no match for FDU and Baylor, who rank 190th and 72nd in the country in scoring defense respectively.

But, the Zags will be tested in their next game against the fourth-seed Florida State Seminoles. While they may only rank 58th in the country in scoring defense, the Seminoles have two imposing figures on the low post in Mfiondu Kabengele and Christ Koumadje. Kabengele, who stands 6-foot 10-inches tall, has 54 blocks and 21 steals on the year, along with being FSU’s leading scorer with 13.4 points per game. Kabengele’s striking stature is only rivaled by teammate Koumadje, who at 7-feet 4-inches is one of the tallest players in college basketball and is bound to cause problems for the six-foot eight-inch Hachimura and Clarke. Along with their defensive presence, FSU boasts an explosive offensive weapon in Terance Mann, who with a 51.6 percent field goal percentage and 41.1 percent three-point percentage is one of the most efficient guards in the NCAA. While the Zags’ dominance may look threatening, when faced with a ferocious opponent, Hachimura, Clark and the rest of the Bulldogs may be headed into the doghouse.

While their fellow top-seeds have looked dominant (except for a slight hiccup from Duke in the second round), No. 1 Virginia has looked anything but. Subject to all the embarrassment of losing to 16th-seeded UMBC in the first round in 2018 throughout the offseason, the Cavaliers looked as if they hadn’t learned from their past mistakes in their first round matchup against Gardner-Webb, who held a 36-30 lead at halftime before ultimately losing to Virginia 71-56. In the round of 32, the Cavaliers didn’t look sharp either, putting up just 63 points against ninth-seeded Oklahoma as well. Junior guard Kyle Guy, who led Virginia in scoring with 15.6 points during the regular season, has put up just 14 points between the two games this tournament, and in their next matchup, these offensive woes won’t be easy to recover from.

In their next game, the Cavaliers face the Belle of the Ball, twelfth-seed Oregon. The Ducks, ranked 14th in the nation before the season started, faced much adversity throughout the year. While key players Kenny Wooten and Abu Kigab missed prolonged periods of time during the season, there was no bigger loss than that of freshman sensation Bol Bol, son of former NBA star Manute Bol and projected lottery pick, who fractured his foot in a game in December and was determined out for the season. After this turmoil, the Ducks proceeded to go just 10-8 in conference play. But, Oregon is now red hot, winning their last 11 games including five in the Pac-12 tournament and two in March Madness. Spearheaded by a stout defensive attack, ranking 12th in the nation in scoring defense, the Ducks have become a well rounded team due to Bol’s absence, having three starters all average double digits in points. While both teams have commanding defensive presences, this game will come down to momentum, and no player in the tournament so far has been better at shifting a game’s direction than Wooten. The sophomore forward has gone viral with his threatening throw downs, boisterous blocks, and vicious vertical leap, all prompting the Ducks to go on runs and take control of their games. The Cavaliers might seem like the odds-on favorites, but with Wooten and the Ducks on the charge, one should be on the lookout for another Oregon upset.