Stepping outside the screen and into the real world: why real-world contact is better than online 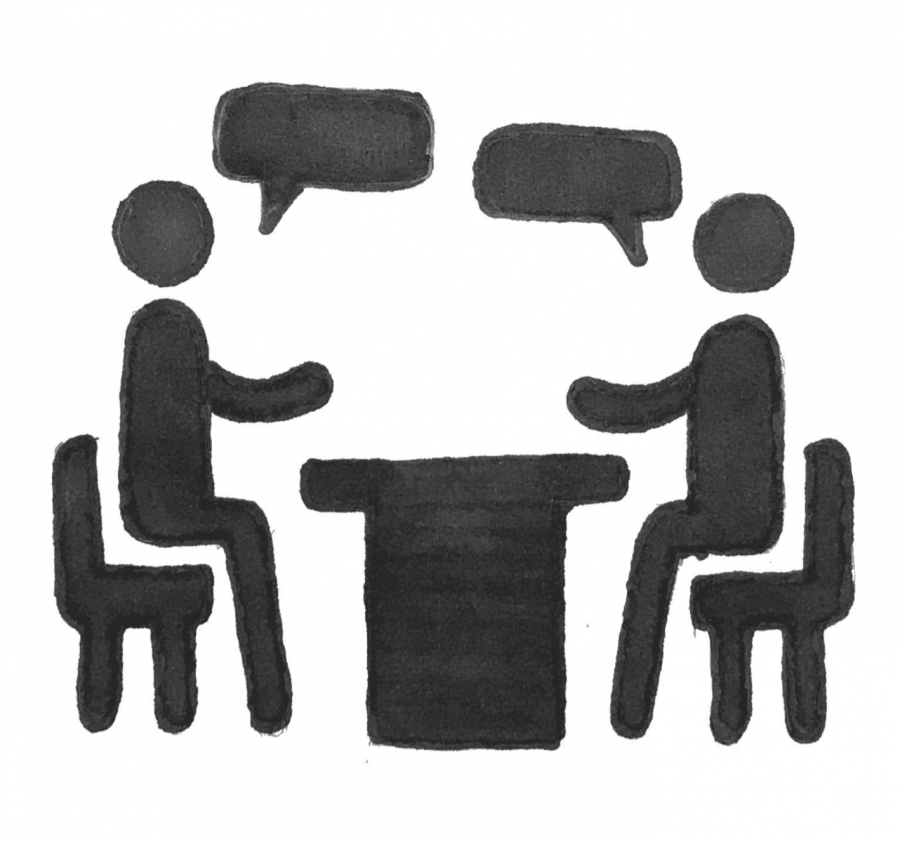 Growing up in the digital age, I am all too familiar with the way people interact on social media. Most social media interactions occur in comment sections of posts, a platform’s direct messages (DM) or in short text conversations in apps such as Snapchat. Devoid of any true emotion, these interactions cannot compete with a fully immersive real-life conversation.

Although social media gives us a surface-level glance into our followers’ lives, it doesn’t provide honest, holistic updates on the lives of people we want to keep in touch with, and does not allow for authentic conversation. Therefore, live conversations should not be left in the past. Because of the lack of recognizable tone and other details one would normally receive from a conversation in person, social media can never replace face-to-face contact.

A 2005 study from the American Psychological Association found that email respondents were able to detect tone correctly only 56 percent of the time in emails, as opposed to 73 percent of the time in voice recording messages. Although this study focused on emails and not social media interactions, the discrepancy between vocal and digital communication is notable. Most of the interactions I witness in comment sections are exchanges of superficial compliments, and most DMs are simply trading funny posts without much conversation in between. These kinds of interactions cannot possibly rival the depth that live conversations offer. Although it may not always be the most convenient option, going the extra mile to talk with someone in person is worthwhile if one wants to truly connect with them.

High school reunions are a good example of the lengths people go to reconnect with past acquaintances, though their popularity has dropped in recent years according to New York Times contributor Douglas Quenqua. Reunions used to be a place where people could see how their former classmates had changed. Now, the rise of social media makes it easy to simply look up anyone from high school or college, and have their photos and basic information with the click of a button. Such constant interconnectedness has led to a drop in attendance at these events. Quenqua pointed to New Jersey reunion organizer Reunions Unlimited, who reported a decrease from about 350 reunions annually in the 2000s to about 220 annually in the early 2010s. The increased dependence of social media as the main platform for information about old friends is alarming. Though some may view this increase of readily available information as a good thing, I see it as a cause for less incentive to engage in meaningful conversation. Social media personas are polished, edited versions of the person underneath, and the platforms they live on are not hospitable environments for authentic reconnection.

While events such as reunions have taken a hit in the digital age due to a perceived lack of incentive and ease of digital communication, placing convenience over quality of communication is where we, as a society, must take a step back. Sure, looking up the name of former classmates on Facebook may save time and money, but is saving a couple hundred dollars on plane tickets really worth not seeing people with whom you spent your wonder years?

I know from personal experience that the expense is worth it. Over the summer, I attended a summer program at the School of The New York Times and made a close friend from Maryland. After, we kept in touch over text and social media, but it just felt different and less authentic than when we saw each other in person every day. I visited her over winter break, and that experience was more substantial than the entirety of interaction we had had over social media, and definitely worth waiting for. Social media can help foster the relationships of people who live far away from each other, but it can never replace the joy that only sitting next to old friends in real life can bring.

Now more than ever, it is time for us to step away from our screens and interact meaningfully with people in real life. In a society so obsessed with perfecting one’s image online, maybe it is time to step outside the screen and reevaluate our core values. Putting the emphasis back on face-to-face connection will not only improve the quality of communication, but will help our society regain interconnectedness and understanding.