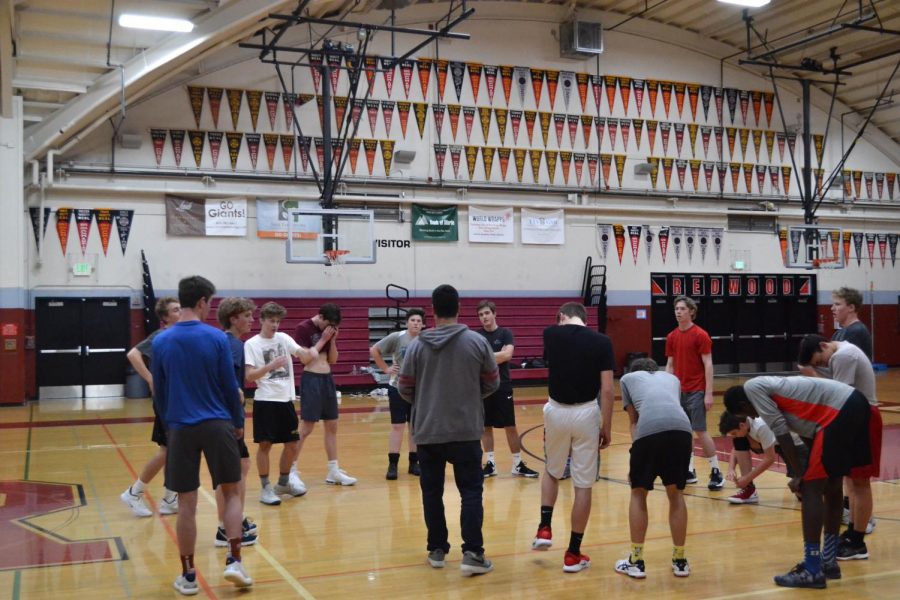 After their first losing season in four years, the boys’ varsity volleyball team has brought back all seven starters and are primed for a bounce-back year. With their only two seniors quitting the team early on last season, the Giants struggled with a lack of experience and injuries. Picking up where they left off last year, this team will call upon their improved athleticism, ball control and court awareness to make a significant run in the North Coast Section (NCS).

This is coach Tahan Minakov’s 11th year as the head of the program and despite last years disappointment,  he believes this year’s team checks all the boxes. With two four-year players, Mitchell Zucker and Matthew Tede as captains, there is a significant increase in leadership compared to last season. Additionally, the Giants will still be able to rely on their biggest offensive weapon, junior outside Tanner Rich.

“Last year, our go-to player was Tanner. He got the majority of the sets, he was our kill leader and when we were in trouble, we looked to Tanner to carry the load,” Minakov said.

The Giants will also rely on two strong sophomores: Rich’s partner on the outside Collin McDermott and setter Asher Heller, who Rich says will make significant contributions in the kill department. Minakov believes that McDermott’s work ethic and dedication earned him a starting spot as a freshman, and he will continue with that roll alongside Heller.

According to Minakov, the potential for this team is extremely high because of their willingness to compete and hunger to win. However, Minakov, Rich and Zucker all agree that there are still improvements that need to be made if they want to fulfill their goals.

“We are a really close-knit group, but in terms of the game we don’t have much experience in close games and we lack a little bit of that killer mentality,” Zucker said.

Minakov also says that this team has not really been tested yet. After sustaining an early 3-0 defeat to Marin Catholic on Feb. 26, the team plans on adjusting their faults for future matchups to prevent Marin Catholic from winning two titles straight.

The Giants face off against Terra Linda in their second league game of the season on March 19 at Terra Linda at 5 p.m.