The community Giants: Meet the students who plan to join the civil services after high school 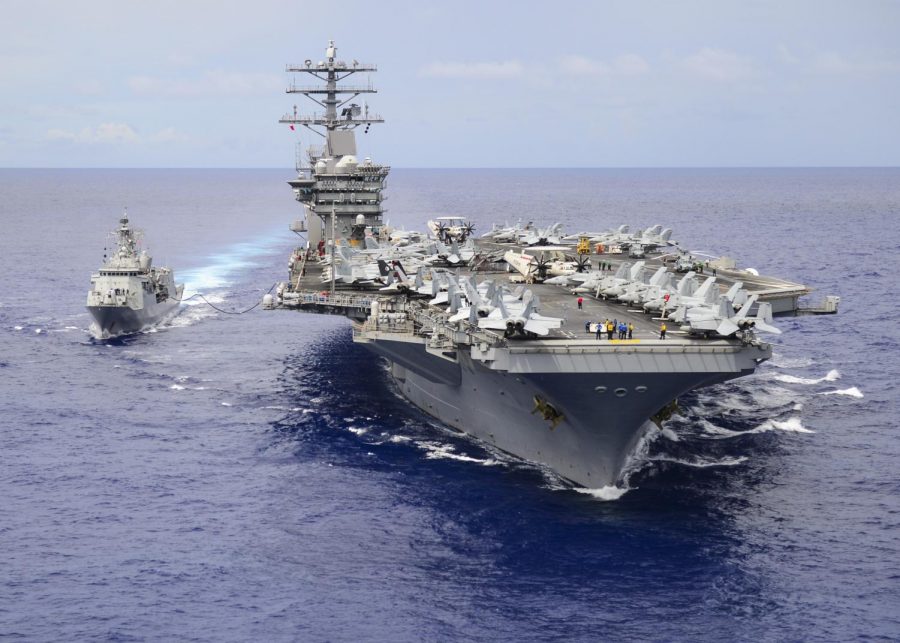 Ask any Redwood student for their post-high school plan, and it will most likely involve attending a college, getting a degree that interests them and following through with a successful career related to their college education. For most students, the desire to become a civil service worker, such as a police officer, firefighter or military soldier, is something that has long passed since preschool days.

Despite the fact that civil service workers are the backbone of safety and security, the desire to join one of these careers may seem sparse, especially at Redwood. However, a few students look to giving back to their communities by joining a job in civil services in the future.

According to the East Bay Times, the nine counties that make up the Bay Area have the lowest military enlistment rate in the country, aside from the metropolitan area in and outside of New York City. In fact, Marin County had only 53 armed force enlistees in 2006, the most recent data available. However, this low enlistment rate has not hindered senior Connell Phillips from trying to attain his future career goals.

Phillips, if accepted, will attend the United States Naval Academy in Annapolis, Md. Attending this university requires five years of service in the Navy after college. Phillips aspires to participate behind the scenes, working as an engineer for a Navy Battleship.

“I have geared my schedule at Redwood to help me learn how to be an engineer. By taking classes like Physics, Calculus AB and Engineering, I feel well-prepared to work as an engineer later in life,” Phillips said.

Engineering can take on many forms when integrated into a career, most of which don’t involve Naval Service. However, Phillips wants to take his skills to the Navy for a multitude of reasons. Having had two grandparents who were in the Navy, his decision runs in the family.

“There are also academic and financial reasons. On a more important and personal level, though, I want to join mostly because of the honor that comes with serving this amazing country,” Phillips said.

Although Phillips remains dedicated to pursuing a naval career in the future, he also acknowledges that it is important to have a backup plan if he is not accepted into the naval academy.

“If the Navy doesn’t work out, I will attend a different university and hopefully be an engineer in another field of work,” Phillips said.

Admissions decisions for the Naval Academy will be released by April 15.

When 1,000 kids under the age of 12 were asked – in a 2017 survey called the “Imagination Report” – what they aspired to be when they grew up, for boys, a firefighter was the second most popular job choice according to the Fatherly, a digital lifestyle brand that provides news and advice to parents. However, nowadays it can be rare to find a high school student who has held on to that dream. Senior Baylor Rembrandt is an exception.

Rembrandt hopes to attend either Colorado State University or California Polytechnic State University and earn a degree in engineering. After that, he plans on joining a fire department in whichever area he lives in upon graduating college. Ideally, Rembrandt would work at the station three days a week, which is considered a full-time job at the fire department, while working another job for the rest of the week.

“I want to be a firefighter for a couple of different reasons, but most importantly, the thought of saving people from fires and having the chance to be a hero and save someone’s life is what drives me the most,” Rembrandt said.

Firefighters also enjoy many post-career benefits that are unparalleled in other industries outside of civil service, another factor in Rembrandt’s decision.

“I know it’s not important, but the fact that firefighters get such good pensions is really attractive to me. I can enjoy these benefits while continuing another job after my service,” Rembrandt said.

Rembrandt does not have any close family members who have been firefighters, but a friend from his front desk job at Five Points Fitness has informed him deeply about the career.

“I have become friends with firefighters through the gym. They’ve told me a lot about the job and some cool stories,” Rembrandt said.

According to the Council on Foreign Relations, only about 19 percent of enlistees in the Navy were female. However, junior Natalie Norstad has used this low enlistment rate as a chip on the shoulder to join the Navy. Norstad, if accepted, will attend the Naval Academy next year and possibly study in the medical program there. With an acceptance rate hovering around 1.5 to two percent, Norstad continues to push herself academically to heighten her chances of being accepted into such a prestigious program.

Although there are countless opportunities outside of the Armed Forces to pursue medical work, Norstad wants to follow this passion while serving in the Navy, a desire that has been heavily influenced by her environment of the affluent Marin County.

“I’ve been so fortunate to grow up in such an amazing place with parents who have provided me with great opportunities. After high school, I want to do something that gives back to the community that was generous to me at one point. I want to be a part of something bigger than myself, and what better way to do that than the Navy?” Norstad said.

Another thing that has sparker Norstad’s interest in the Navy has been her participation in rowing, through which she has become accustomed to being on the water and comfortable on boats. This, among other reasons, is why she wants to join the Navy as opposed to other branches of the military.

“I really like to be out on the water, and I would be able to do this as a doctor in the Navy. I don’t want to join the Air Force because I am not interested in flying a plane. And for now, the deployment and combat that you get in the Army or Marines is a little daunting for me,” Norstad said.

If Norstad’s plan to join the Navy does not follow through, she is open to enlisting in the Army or attending a medical school and becoming either an orthopedist or emergency/trauma response doctor.