“thank u,” Ariana for the “next” album I’ll be adding to my playlist 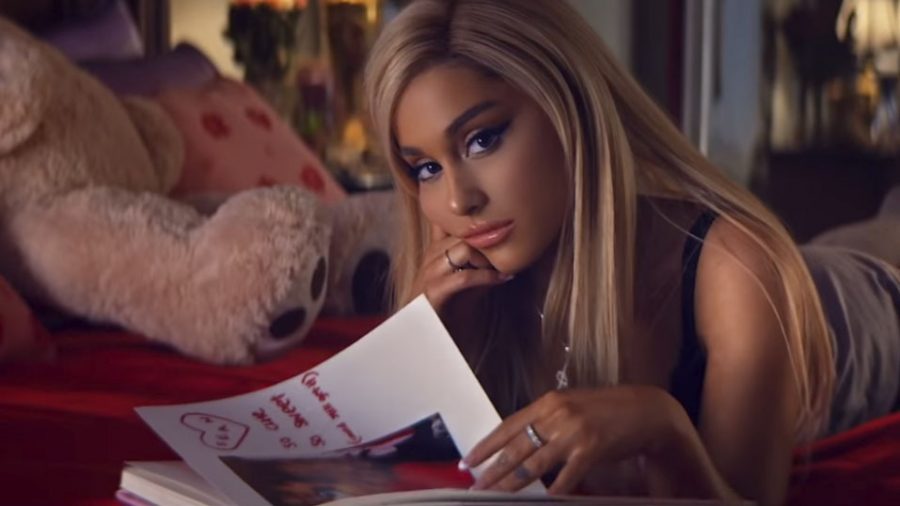 On Feb. 9, Ariana Grande left an everlasting message on the importance of self-love in the heart of her fans, the Arianators, after she released her fifth album, “thank u, next.” The fantastic album arrived less than a year after her prior album “sweetener,” and gave her audience a different kind of tone: carefree and fun. Unlike her previous albums, “thank u, next” has no other featured artists, showcasing Grande’s undeniable vocal talent, sure to capture any listener’s attention throughout the 12 tracks on the album.

After listening to the entire album, it became apparent that her songs seemed to be inspired by her previous romantic relationships in which she now views as assertions of self-love. Instead of moping over past relationships, “thank u next” showcases Grande’s emotional growth and blasé mood towards her life, men in particular. She uses lyrics such as “break up with your girlfriend, yeah, yeah, cause i’m bored,” and “so, look what I got, look what you taught me and for that, I say, thank you, next (next),” depicting her carefree attitude. It’s clear she recognized that she can move on from past lovers and have more fun being single.

She makes singing appear easy as she shows off her incredible four-octave range effortlessly throughout. Grande further shows off her unique vocals as in almost every song her lyrics are sung in high pitch tones. Without taking a breath of fresh air, Grande adds texture to her voice and effectively captures the emotion of her audience.

The album is well-structured, depicting a chronological order of a relationship that is headed straight for disaster. Grande kicks her album off with the song “imagine” which has a light-hearted tone and steady beat. As the song continues, Grande explores lustful emotions, such as when she sings “knew you were perfect after the first kiss.” Grande carries on with feelings of anxiety and a roller coaster of feelings in “needy,” recognizes that she may need some extra space to enjoy her life in “NASA” and knows she made a mistake by dating this mystery boy in the first place, in “bad idea.”

While maintaining her chic and cute style from past albums, Grande still shows off her vocals with pride, as this album is bubbly and confident. She exhibits this self-esteem through lyrics in “in my head:” “It was all in my head (Skrrt, skrrt) yeah, look at you, boy, I invented you, your Gucci tennis shoes runnin’ from your issues,” taking credit for the man her ex tried to be while still not hesitant to pick at his flaws. Furthermore, Grande speaks on behalf of herself and only herself, “You don’t wanna leave me, but I’m tryna self-discover, keep me in your orbit and you know you’ll drag me under,” showing that this album means as much to her as her care for self-love. I have always been a fan of Grande’s work since she

appeared on Nickelodeon, and “thank u, next” is an album which not only showcases her growth as an artist but as a woman. Its simplicity suits its attitude, an attitude that’s familiar to just about anyone who’s gone through a break-up: at this point, she just doesn’t care.