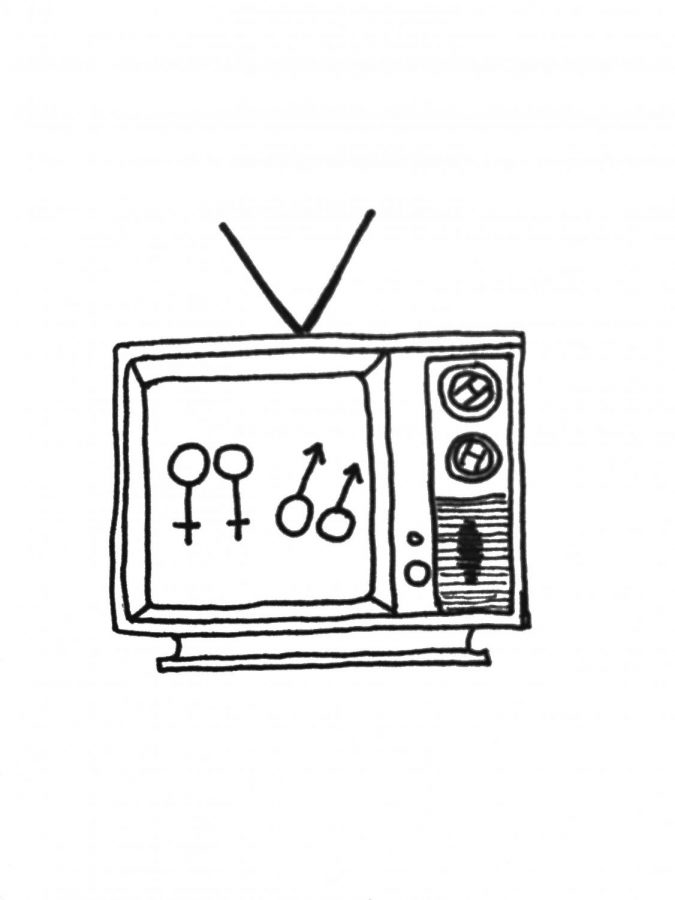 For the majority of my adolescence, my favorite TV show has been “Friends.” I’ve spent hours watching and rewatching the series, and at this point, I feel like I know the characters by heart. However, I soon realized this assumption was incorrect. A recent conversation in one of my classes prompted me to consider the number of female homosexual characters I could identify on TV. After pondering this for several minutes, I could still not think of any; it seemed that all homosexual TV characters were male. Yet, after glancing at a list of LGBTQ+ TV characters, I realized that Carol, the divorcée of one of the main “Friends” characters, Ross, was an early example of female homosexuality. How could I have forgotten about a character I’d watched on screen for years? As I continued to examine this phenomenon, I realized this “Carol Effect” is not uncommon.

Dozens of other shows include lesbian characters that have seemingly gone unacknowledged, yet the few shows including male homosexual characters are increasingly championed as a new generation of progressive television. Female homosexuality on TV continues to be overshadowed by dominant gay characters, which, although fewer in number in the realm of entertainment, have become the face of LGBTQ+ representation. And yes, every ounce of homosexual representation is a step in the right direction, however, the subversion of female homosexual characters has the potential to lead to a new form sexism, an occurrence we must fight to avoid.

Although popular shows such as  “Friends,” “Jane the Virgin” and  “This is Us” include a homosexual character, they are largely unrecognizable due to their status as secondary characters, irrelevant to the plot. On the other hand, shows featuring male homosexuality such as “Will and Grace” are more likely to have a gay main character and plotline that revolves around their sexuality. Consequently, shows featuring a gay main character receive more publicity than shows encompassing lesbianism to a lesser degree. Because of this, society has disregarded the decades-long appearance of female homosexuality on TV, when in reality, it is lesbian secondary characters that have paved the way for more prevalent gay ones. Although every ounce of LGBTQ+ representation is a step in the right direction, we need to pay more attention to the sex of homosexual characters rather than grouping all under the general terms of LGBTQ+. 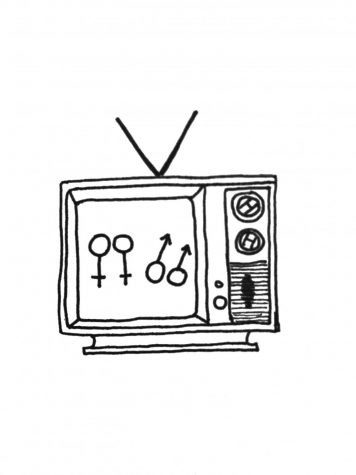 This occurs because the umbrella term of “LGBTQ+” discourages the recognition of specific demographic niches within the group. In a society constantly pushing for the acknowledgment of diversity, it is easy to forget that individuals categorized as LGBTQ+ are also part of other, equally important demographics such as gender. It is difficult to find data that separately compares the number of male and female homosexual characters on television, as both groups are more commonly characterized in their broader group of sexuality. This suggests that the difference between male and female homosexual portrayal are due to society not paying as much attention to the sex of an LGBTQ+ character. Instead, viewers solely focus on the fact that more diverse representation is occurring in the first place.

This can result in drastic consequences. Don’t get me wrong, I am thrilled that TV is slowly, yet surely starting to see an increase of LGBTQ+ characters. However, I am also concerned that society’s inability to recognize the concentration of lesbianism on TV will lead to a completely separate issue, one that has to do with feminism.

Representation of homosexuals is one of the few areas in which women have paved the way for men, a phenomenon so rare it has gone unnoticed. While women continue to rise to new, more equal, heights, I would hate to see LGBTQ+ representation be another, more subtle platform for enforcing male dominance with a lack of recognition of women’s achievements. As Shawn Donnelly, a gay writer for HIV Equal wrote, “we still live in a society where men have power over women … While gay men are a marginalized group, we still reap the benefits of being male in relation to women.” The decades-long ignorance of lesbian portrayal on TV is just one example of male privilege going unrecognized. As described by Donnelly, just because gay men are a minority does not allow for them to assert dominance over women, whether consciously or not.

Currently, gay advocates, feminists and other activist groups are pushing towards an increase in representation of LGBTQ+ in the media and basking in the progress that has already been made. However, what is not acknowledged is that a significant amount of progress already has been made, yet met with ignorance. Shows dating back to the early 90s include lesbian characters, however, it was not until only a few years ago that male homosexuality began to appear on TV. Regardless of the reasoning behind this, the fact remains that it was not until gay characters began to pop up that we began to acknowledge TV was making progress in allowing more diverse representation.

We only need to take off our paternalistic goggles to see that tangible progress has been staring at us in the form of lesbian portrayal on television for years. Without being able to recognize a lesbian character when she is glaring at us through the screen, we run the risk of creating a new platform for female subordination. I have a hard time believing that this is the intention of either gay or women’s rights activists, and luckily, there is still time to recognize this problem before it creates more permanent effects. While we continue to fight for more representation of LGBTQ+ on television, we must step outside the gender-specific box and recognize the path that dozens of lesbian characters have already paved.