Satire: a day in the life of a not-so giant Redwood Giant 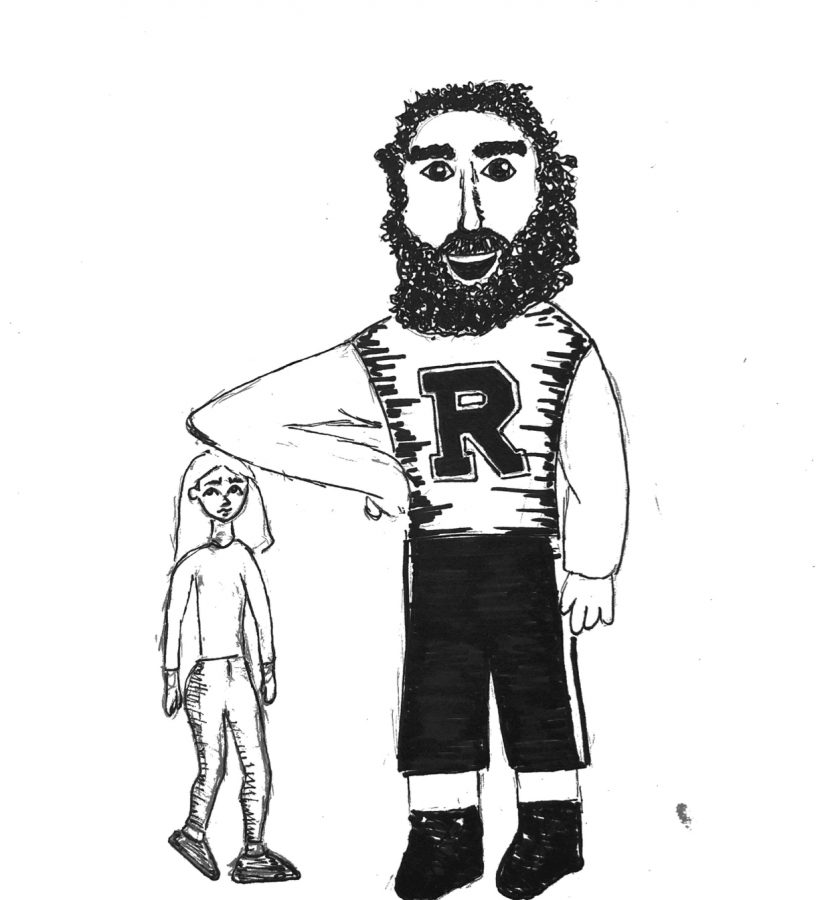 I am five feet tall. Yes, I understand that this is the average height of a 12-year-old in the United States, according to the U.S. Nutrition and Health Department, but sadly I can’t control genetics. I could complain all day about being short—like how there is a permanent dent on the top of my head from being used excessively as an armrest—but you probably already hear these complaints from your budding tweenage sister, so I’ll try to cut them down to a minimum.

However, I would like to call attention to the fact that most regular teenagers don’t observe the struggles of us shorties, simply because we are a solid two heads below the average eye-level for high schoolers. Whether or not you have seen me before or accidentally swung a backpack in my face, here is a day in the life of me—an incredibly small human—at Redwood High School.

I’ll begin with the drive to school. If you’ve ever seen me in my Smart car, which had to be sized-down by the government, you’ve probably noticed the DMV-issued “IMPAIRED DRIVER” sticker that covers my back window entirely. This safely alerts other drivers of my vertically-challenged stature. In order to comfortably see out the windshield, I must sit on my unreturned APUSH textbook for a height advantage, sometimes even squeezing in my APES textbook if I want to feel powerful. While walking from my car to Leadership in the morning, the recent flooding from the front parking lot rides up to my neck, and I must wade past fellow classmates to make it to the front doors. I might start kayaking to throw the carpool moms off their rhythm. From the entrance, I speed dial campus assistance to open the doors for me, as I physically cannot reach the automatic handicap button without a ladder.

Although I have already sweated the equivalent of my body weight before 7 a.m., chaos has just begun. When the first bell rings, I engage in a game of dodgeball against the hallway backpacks, trying my hardest to make it to first period without a black eye. Sometimes I am forced to dive out of the way to avoid mouth to mouth with a wet swim bag. Thank god this has only happened 13 times. PSA: if you’re the sophomore who carries rocks in your backpack on your way to first period, please stop.

As I keep walking, I have absolutely no idea if I’m arriving at the right classroom because my vision is completely blocked by over-stuffed Jansports and insulated lunch boxes that practically scream veganism. I decide to make a break for it, and, as I trip over what appears to be Big Foot walking next to me, I accidentally jam myself inside an open locker. Luckily I fit comfortably into these, and sometimes I chill out there until passing periods are over.

Although the seven-minute walk to first period is enough for me to declare heightism a real thing, class itself is even worse. Some days I wonder if I’m actually enrolled in a pre-professional basketball school because every kid that sits in front of me is at least two and a half heads taller than I am. Because of this, and partly because of my 20-60 vision, I literally cannot see the board, and I am forced to tip my chair as far to the left as is gravitationally possible to see the projector. In case anyone still believes the urban legend that short people can defy gravity, they can’t; after falling to the ground, I end up taking notes upside down on Redwood’s tile floor, which still remains the greatest architectural failure of our generation to date. Unfortunately, falling out of my chair results in a loud bang which usually disrupts the downstairs classrooms, but I still have three complaints left before I’m not allowed to walk at graduation.

As a few periods pass by, you would think the lunch bell would be my sigh of relief. That statement is almost as false as saying that I have upper-body strength. Walking from the main building to my car is a taunting session for my peers. Just the other day, a crowd of freshman boys circled me in a hawk-like manner and asked if I needed directions to Hall Middle School. I would have given them a dirty look, but that required tilting my head upwards to make eye contact, and I just wasn’t in the mood to commit social suicide that day. Instead, I shoved their oddly squishy CEA bagels out of my face and made a break for it, but I ended up smashing into Sondheim’s license plate. I scratched off the letter “D,” so now it only spells “GODSEN.” I have to fix it using the money I was originally saving for bone-lengthening treatment in Tijuana.

Living life down under is a routine cycle of harassment. As you can hopefully see by now, being short comes with its ups and downs, but mostly downs, especially the vertical ones. Next time you see a short person walking around, make sure to bend down and tell them that they’re doing great, and that puberty will catch up with them eventually (probably not, but here’s hoping).