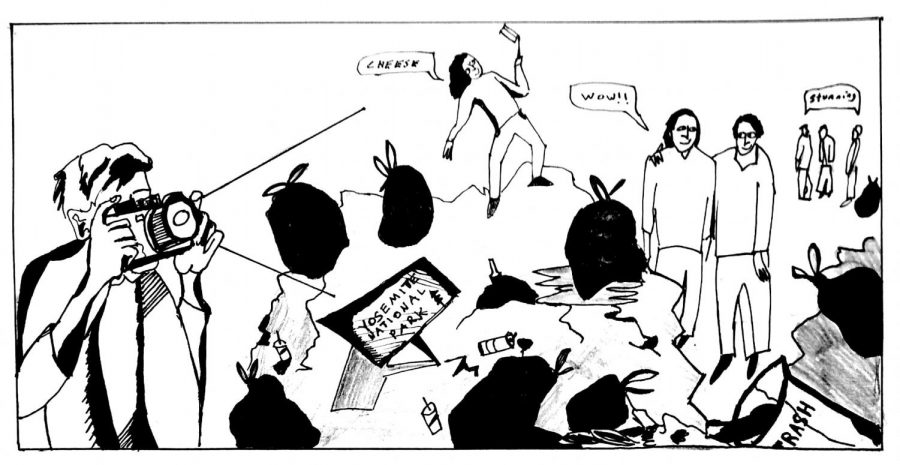 On Dec. 22, 2018, the United States changed for the better, as the longest government shutdown in our nation’s history began. It’s be 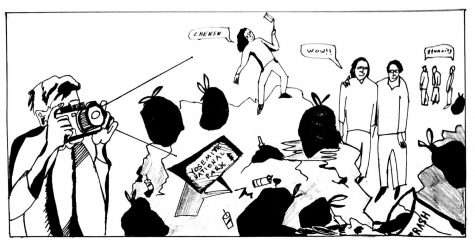 en one amazing, wild ride and part of me hoped it would never end.

The shutdown has resulted in an increase in work ethic, as government employees are realizing that work is actually more rewarding when they aren’t getting paid. Employees are working because they are passionate about what they do, instead of letting their lives revolve around the next paycheck. Housing landlords are thrilled with their renters not paying monthly rent since they can no longer afford it, as they believe this lack of financial ties to one another creates a sense of community. Everyone is working together as a family, supporting always-welcome communist ideals and not worrying so much about the financial aspects of daily life.

Thomas Peterson, a Transportation Security Administration (TSA) agent at the John F. Kennedy Airport in New York, feels as though the lack of employees coming into work adds action and adventure to his day.

“Days down at the airport used to be long and gruesomely boring. Everyone had their own jobs and we did the exact same thing for hours on end,” Peterson said. “But now, with hardly anyone coming into work and no one getting paid, it’s just a couple of us down here trying to run the whole airport, which I find really exciting. Riots break out from employees frustrated about not getting compensation for their work, which is super fun to watch when I’m on break.”

National parks are getting more business than ever with the smell of left-out trash, bringing visitors back to the nation’s wildest roots. Homeless people across the nation are thriving with the excess amounts of trash in public parks, even areas with high rates of homelessness are more hospitable than ever with the trinkets people have found from the garbage used as decorations. The shutdown has truly been a blessing and helped society realize that the government is unnecessary and only causes conflict.

The shutdown has given many opportunities to people from all spectrums of society. The Food and Drug Administration (FDA) has recently stopped their routine inspections, giving drug dealers and users a chance to flourish.

Drug cartel leader Jack Davis is exceptionally happy with the government shutdown, as it has allowed himself to transition from working in secret to flourishing as a legit businessman.

“The demand for meth, heroin and crack is extremely high nowadays and it’s my job to provide to my customers. However, I’m not always able to do that when my products get seized in routine inspections. The FDA and I don’t get along well and now that they’re out of my hair, it feels so good to get my time to shine,” Davis said. “It just feels nice to not have to hide and be able to do what I love without the fear of getting caught. I’m a people person and I like giving people what they want. This shutdown has given me the ability to do that with ease.”

An aspect of the government shutdown that is sometimes perceived as negative is the lack of government employees showing up for their jobs. However, anyone who says this is a bad thing is simply wrong. Ninety-nine percent of said employees are actually enjoying their time off and using it to explore other passions and hobbies. Without the inclination to work in order to get paid, people have time to relax and enjoy the sunshine.

Greta Jackson, a sanitation service employee, has truly taken advantage of her time off.

“Without the need to go to work, I can focus on other interests of mine that I didn’t even know I had. During this time, I found that I’m quite good at jump roping, and think I might pursue that as a career instead of continuing with sanitation,” Jackson said. “I never would have gotten the opportunity to find that talent without the shutdown. I’m forever grateful.”

Some may say that the shutdown is a bad way to handle political disagreements, and that it’s not okay to deny pay from hardworking government employees out of frustration. But the only way to get what you want is to shut the government down, and anyone who thinks anything less is just stupid. I’m so sick and tired of people complaining over how they didn’t get a paycheck. Take a page out of Jackson’s book and use this time for self-improvement and growth instead of complaining. Eighty-five percent of the affected United States government employees reported that the shutdown has helped them find themselves and their passions. Everyone else is just a pessimist who can’t seem to enjoy life for what it’s worth.

However, the problem is that the shutdown has been so great, providing so many chances for society to improve and thrive, that I wish it could have stayed like that forever. All I really have to say is that we all need to take a moment and be thankful for this opportunity we’ve been so graciously given. Shutdowns like this don’t grow on trees, so take advantage of them!