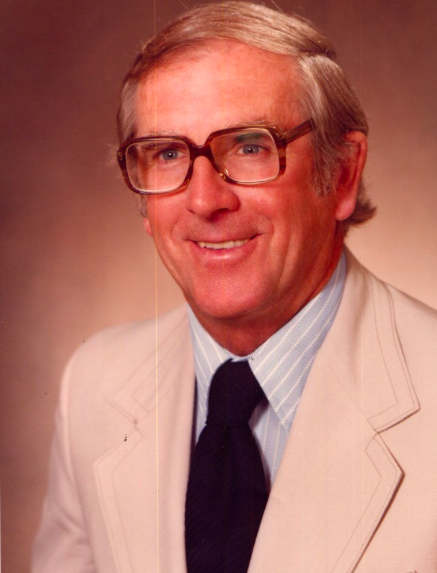 Former basketball coach, Redwood principal and MCAL Commissioner, Jim Hanretty, passed away on Jan. 8, 2019 at the age of 92 due to natural causes. Known to the Redwood community as a vibrant and kind spirit, Hanretty was a cherished individual who transformed the lives of many Redwood students.

Before his involvement in the Tamalpais Union High School District (TUHSD), Hanretty fought as a Marine in World War II during the 1944 Battle of Iwo Jima. Upon his return to the U.S., he was awarded a Purple Heart for his service and an injury he sustained in combat. Hanretty’s service did not stop there—in the early 1950s, he served as a lieutenant in the Korean War.

Having grown up in the Bay Area and attended St. Monica’s Catholic School in San Francisco, Hanretty returned after his military service in 1957 and began his community involvement in Marin. Prior to his position at Redwood, Hanretty was principal of Tamalpais (Tam) High School from 1957 to 1981.

Fred Mack, the former athletic director at Tam, knew Hanretty as a coach, teacher and mentor.

“I always measured myself against him,” Mack said. “He was always a calm decision maker, always willing to spend time to help me in any area. When I fired two coaches in the parking lot, he covered for me. Whenever I had any trouble, he helped me out.”

One of Hanretty’s lasting legacies was his critical role in developing the Community Sports Complex when he was principal of Redwood from 1982 to 1985.

During Hanretty’s first year as Redwood principal in 1982, massive storms hit Marin, triggering mudslides, power outages and major floods. Nearly 100 students had to take shelter inside of Redwood’s gym; from this chaotic scene shone Hanretty, whose composure and creativity came in handy.

The storms caused enormous reserves of mud and silt to pile up, necessitating removal by local construction companies. Aware of Redwood’s athletic field shortage, Hanretty requested that the U.S. Army Corps of Engineers dump the silt on what is now the Community Sports Complex. After raising $1.5 million in funding through the Community Fields Association, the multi-sport complex opened to the public in 1987.

Sue Chelini, a former Redwood administrator, said Hanretty was the primary force in ensuring the fields at Redwood were built.

Aside from Hanretty’s contribution to Redwood’s sports complex, he was a beloved faculty member as a coach, counselor and principal. To many who knew him, Hanretty was a welcoming presence who exuded positivity, according to his former colleagues.

“When he was golf marshal, I’d go up there to play and he’d let me play for free,” Crabtree said. “He was old school, but a great guy with a tremendous sense of values.”

According to Chelini, Hanretty was a friendly face when he became principal.

“It was hard to follow the first principal, Don Kreps, but he did it and the teachers were happy to see someone from inside the district,” Chelini said.

Mack especially remembered Hanretty’s calm, patient demeanor, which made him a great leader while working as the principal at both Redwood and Tam.

“I saw him in a lot of situations and he never let his emotions get in the way. He was a good listener and he’d listen to all the opinions of the staff,” Mack said.

Jim Hanretty made a lasting impression on those who knew him and was a role model for many teachers and students in the community. His legacy remains a part of Redwood’s culture both in the fields and his impact on others. May he rest in peace.