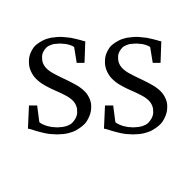 Just like seconds fill up days, moments fill up our lives. Everyone has an infinite number of stories that combine to make them who they are. In an effort to uncover the stories of four random Redwood students in different grades, I interviewed the people who had the same initials as I do: SS. This quickly reinforced the idea that, similar to the Breakfast Club, everyone is unique but we all share some form of commonality. In this case, it’s the first letter of our names (and the high school that we all attend). 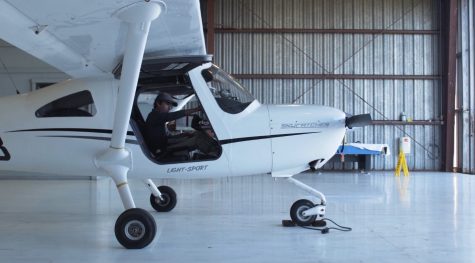 Sam Seifer is a well-dressed, studious high school senior. Amidst all the stress of high school, Seifer finds he is happiest when his mind isn’t swirling with a million things. A few years ago, he discovered that flying in the air helps him live in the moment and relieve stress.

“Flying is a big interest for me. I’m working towards getting my pilot’s license and I’d say I’m pretty much 75 percent of the way there,” Seifer said.

Becoming a pilot is not simple work and takes a lot of dedication. This is especially impressive considering the average student pilot is 32-and-a-half-years-old, according to General Aviation Manufacturers Association’s annual report in 2017.

“Over the summer it’s a couple hours every day either studying or in the airplane or at the airport learning stuff with my instructor. It just depends on the week and what we’re doing,” Seifer said.

Despite the many hours of work that flying entails and the time spent away from home, the airplane is the place where Seifer is most calm and content.

“Once you’re up there nothing else matters besides then and now and it’s just a calming experience for me,” Seifer said.

Samantha Scruton is a sophomore with corkscrew curls and an eager smile that gives off a friendly glow. Scruton and both of her brothers are talented aquatic athletes, all involved with swimming and water polo. Scruton pointed to the bonds and friendships that she has found through sports as the main source of her good spirits.

“I think the thing that makes me most happy is sports and being on a team,” Scruton said. “I like hanging out with the same people, and it is kind of like a family because you are there together every day.”

Scruton is a member of the Redwood water polo team and the swim team. She also participates in a club swim team outside of school. Despite her longstanding position on both teams, she hasn’t developed a preference for either.

Sports have also helped Scruton through tough times. When Scruton was younger, she faced some hardships within her friend group.

“In middle school, I went through some friend problems and it kind of just changed the way I treated people and I thought about people,” Scruton said.

Going through the normal, but painful, middle school drama has helped Scruton create long lasting and tightly bonded friendships with other people on her sports teams.

Although Scruton says she is an athlete, she also added that she’s not quite at the level where it totally takes up her life; it’s just an important part and one that she values for the connections she’s developed. 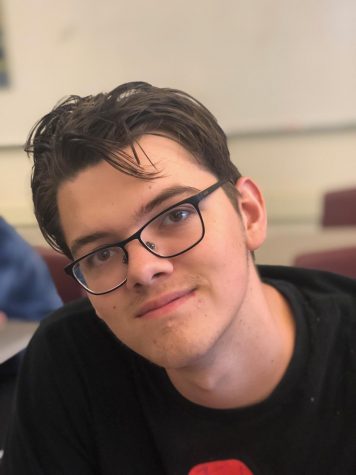 Samuel Spangenberg is a smart, hard-working senior and likes to talk about robotics whenever possible. It is apparent that his community and a good portion of his happiness derives from the Robotics club. His tall frame is topped with a head full of dark brown hair and a pair of glasses, and he seems very comfortable with himself and what he loves.

Spangenberg is a self-declared nerd and member of the Tamalpais Union High School District Robotics Club that meets twice a week at Drake High School.

The team has been particularly successful in the past and they currently have big plans in the works for this year.

“The competition robot for this year is a turbot, so it can aim wherever it wants and we are almost done with the programming to make it track where it is in the room and auto aim. Terminator Bot will hopefully work soon,” Spangenberg said.

Spangenberg is very grateful towards his team and experiences because they have shaped who he is.

“It’s a lot of fun because it’s really helped me find what I want to do with life, and it really has allowed me to focus on learning new skills that I otherwise would never have learned elsewhere,” Spangenberg said.

As a senior, his plans for next year include taking classes at College of Marin and having more time to work on his own “nerdy” projects.

“I’m totally a nerd. Through and through,” Spangenberg said.

Skylar Solle has a wide-eyed look and kind tone of voice. Even though she is reserved, Solle is quick to open up and she seems to feel comfortable sharing things that most would only share with close friends. Solle also has musical talents that few are aware of because she tends to shy away from performances.

“I’ve been playing guitar for the past four years. It’s kind of like my escape from everything. That sounds cliché but I love it so much and I’m always happy when I’m with my guitar,” Stolle said.

Solle met her guitar teacher through a friend and now refers to her as her “guitar therapist.”

“She’s the person in my life who gets everything and it’s all through music,” Solle said.

Solle’s favorite and most exciting memories both entail adventures with a guitar in hand. Her happiest moment was playing for a few close friends at camp around a campfire. Similarly, the craziest thing she’s ever done was getting tricked by close friends into playing in the San Francisco Ferry Building.

“I was with three other girls and we doing a guitar camp and we drove into the city and sat in the ferry terminals and played just for people, not really asking for money. For me, that was kind of crazy I had sorta been tricked into it. I think that kinda helped me open up a little bit,” Solle said.

Solle has had many opportunities to show off her talents to others but often chooses to just play guitar as a way to destress herself.

“My guitar teacher has performances a couple times a year and I participate in a few of those, but being on a big stage isn’t really my thing,” Solle said.

Solle performed on Jan. 29 at the Sweetwater to a crowd of family and friends. The mix of her expert guitar playing accompanied by her melodious singing filled the room with joy. In her future, Solle could see a career in music as a music producer, but not for her own songs.

“I love talking to people about music and I love music itself and I like playing it, but not really for other people so I think I would want to be in the music industry but just helping other people with their music,” Solle said.