The 1975 exceeds expectations with unique themes and melodies 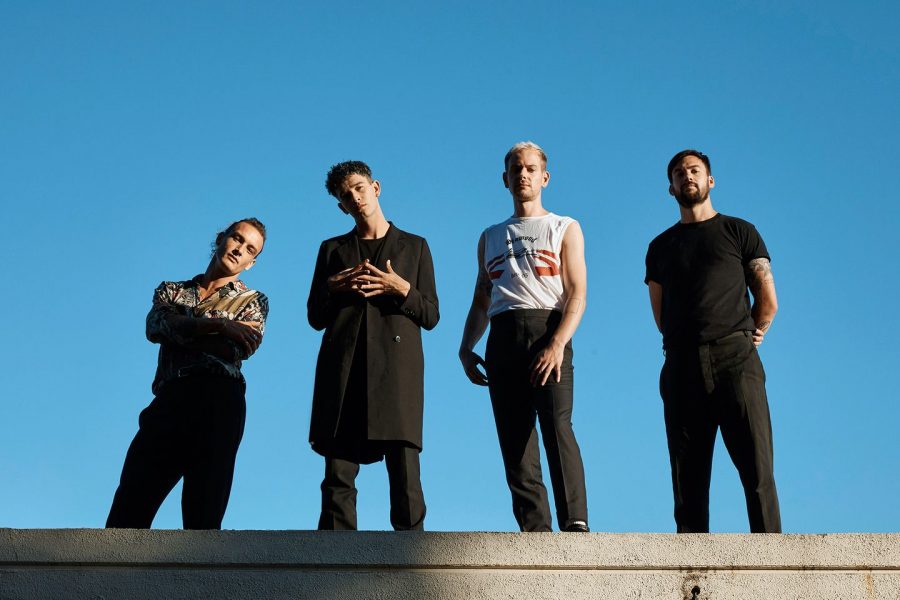 What makes a band stand out? I think it’s when they are able to connect with broad audiences all over the world; people of all races, genders, cultures and ages. The 1975 have been extremely effective at this. They are a band from Manchester, England who first rose to success in the U.K. and later became popular in the States after the release of their self-titled debut album in 2013. Since then, they have released a second studio album in 2016, “I Like It When You Sleep, For You Are So Beautiful, Yet So Unaware Of It,” which quickly topped the Billboard 200 chart. Because of the band’s rising popularity, there has been lots of anticipation for their next album, “A Brief Inquiry Into Online Relationships,” which was released on Nov. 30, and has surpassed its high expectations.

Because there are many more acoustic songs on this album, the sound is a drastic shift from their previous work. Songs such as “Be My Mistake” and “Surrounded By Heads And Bodies” sound different than the band’s previous style, which was more based around the electric guitar. In particular, “Surrounded By Heads And Bodies” is a very sweet song with heartfelt lyrics that cover a deep topic. The 1975’s lead singer, Matty Healy, stated in an interview with Pitchfork that the song was written about a patient he met while he was in rehab for a heroin addiction. In one notably emotional lyric, Healy sings, “And don’t sleep/It hurts to be awake/The things they make her take.” The raspy tone in Healy’s voice along with the acoustic guitars causes an emotional feeling from just these few words alone.

Another song from the album with extremely impactful lyrics is “Love It If We Made It.” This song covers many topics, all about issues currently facing the world. Healy yells, “Selling melanin and then suffocate the black men/Start with misdemeanors and we’ll make a business out of them,” as a commentary on the United States’ treatment of black men. It’s lyrics like this that make the 1975 stand out; many artists today don’t make songs with political meaning, and regardless of if one agrees with the 1975 or not, it is refreshing to hear these issues being brought up in a song from a popular band.

I also enjoyed the unusual production that some songs featured. On the song “How To Draw/Petrichor,” there is a section without any vocals that carries on for upwards of two minutes, consisting only of unusual computer-like noises. I found the tempo and melody of these odd sounds to be pleasant, but I can recognize that it is not for everyone since it is such a long stretch of weird techno-like beats. The second half of this song has completely auto-tuned vocals, but not for the sake of sounding better— instead, it sounds like an intentional manipulation of Healy’s voice that changes it into an instrument. Although some aspects of this song may seem strange, I found it to be gorgeous in its irregularity.

The only song that I didn’t enjoy at all was “TOOTIMETOOTIMETOOTIME,” a failed attempt at a radio-friendly pop song. Although I will admit that it is catchy, the song is lifeless. There is no soul to what is being played, and although every other song on this album felt meaningful to me, the lyrics on this one were incredibly disappointing and bland. “I swear that I (swear that I)/I only called her one time/Maybe it was two times?/I don’t think it was three times,” Healy sings. With some of the most generic lines I’ve ever heard, this particularly formulaic track warrants skipping.

Aside from that one annoyance, the rest of the album is nearly flawless, and where it shines most is in its two final tracks. The first is “I Couldn’t Be More In Love,” a song that I can imagine being played during the slow dance at a wedding. Not only is Healy’s voice stunning, but the combination of the synths, choir and a phenomenal guitar solo also make this song feel perfect. Finally, the closing track, “I Always Wanna Die (Sometimes)” is the best finale this album could have. Lyrics like, “You win, you lose, you sing the blues/There’s no point in buying concrete shoes/I’ll refuse” show a vulnerable side of Healy and leave me with chills, combined with the epic guitar chords and haunting chorus that follows creating a somber yet satisfying ending to a near-perfect album. Although this album does not sound as accessible as the band’s previous two since it does not have as many catchy pop songs, it delivers a fantastic commentary on life today and the relationships we lead within the modern world, accompanied by breathtaking instrumentals. You can listen to the album here.