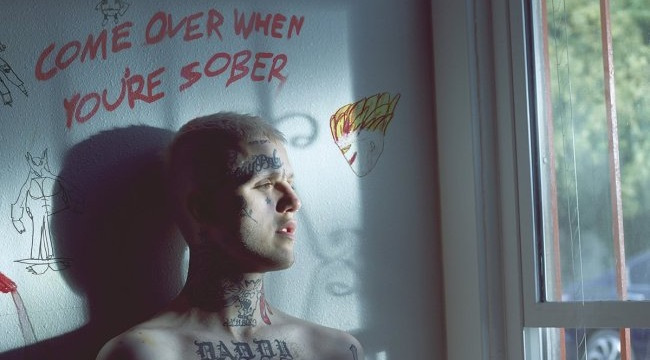 On Nov. 15, 2017, rapper and hip hop artist Lil Peep was found dead on his tour bus, after an alleged accidental overdose on a mix of fentanyl and Xanax. At the time of his death, Peep was scheduled to perform a show in Tucson, Ariz., with songs from his relatively new album, “Come Over When You’re Sober, Pt. 1,” released exactly three months prior to the day of his death. On Nov. 9,  nearly a year after his overdose, Peep’s team released the sequel to his previous album, “Come Over When You’re Sober, Pt. 2.”

The 13-song, 44-minute album begins with a song titled “Broken Smile,” indicative of the bleak mood sensed throughout the rest of his tracks. In the first four songs, Peep uses a myriad of drug references, but only hints at the topic of death with lyrics such as “Ain’t it funny how life work?” and, “…grant one last wish.” In the fifth song, “Leanin,’” Peep starts off with his usual topics of sex, drugs and thoughts on life, but includes a shocking line repeated throughout the song: “Wake up surprised. Am I really alive? I was tryna’ die last night.” After this clear expression of wanting to be dead, Peep continues to make these types of references in almost every song following, which I found to be distracting from the music itself.

Another interesting topic that Peep covers repeatedly throughout the album is his preoccupation with being alone. He sings about crying alone, women only liking him for his fame, how everyone supposedly hates him and a multitude of other gloomy cries for help.

As avid Peep fans would know, the references to lonesomeness, drugs and women are recurring themes. However, the reason why this album is so alarming is due to a massive increase in mentions of death and suicide. In previous works, Peep had mildly delved into the topic of death prior to his final album but never reached anywhere near this frequency.

Aside from the dark lyrical content of this album, some of the songs were enjoyable to listen to. Peep switches between slow, monotonous beats to faster, upbeat tunes throughout, and continuously uses autotune in every song. Some of my favorites were, “Falling Down,” which was a bonus track with XXXTENTACION and “Life is Beautiful.” While these songs are decent upon a first listen, I could see them getting old quickly. Peep tends to overly repeat lyrics in a majority of the songs, and as stated before, sticks with the same themes for each tune.

Although medical examiners ruled the tragic overdose accidental, I believe that the incorporation of lines like “…life is horrible,” in “Life is Beautiful,” and hints at wanting to commit suicide are quite alarming. The correlation between these concerning lyrics and an overdose at age 21 cannot be a coincidence, forcing me to believe that this album served the purpose of a clue towards Lil Peep’s death.

On the flip side, the response to this album was remarkable. The album hit it’s peak at the 4 spot on the Billboard 200 for the hottest albums and saw “Falling Down” get all the way up to the 13 spot on the Billboard Hot 100. With statistics like this, I have to give it to Peep’s fan base for sticking around and supporting him after his passing.