Girls’ basketball strives to build off of sensational 17-18 season 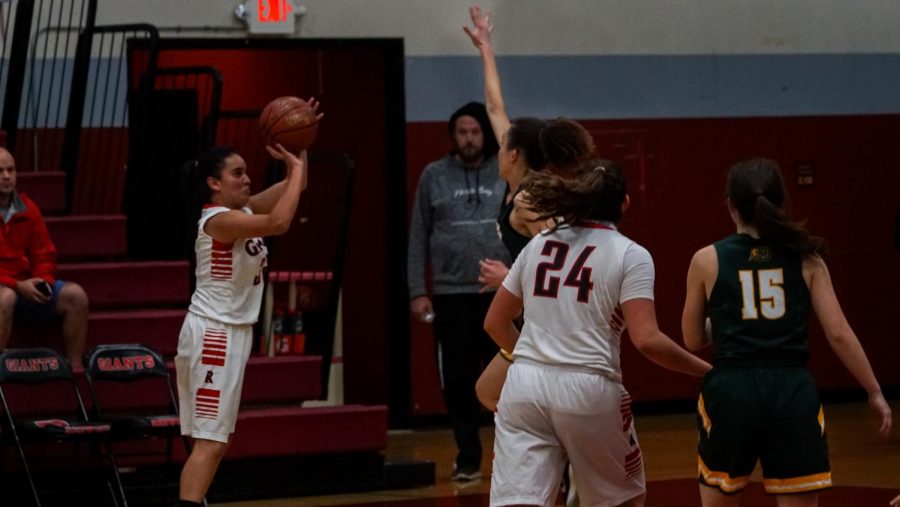 The 2017-2018 girls’ basketball team marched their way to a 26-5 record last year, making it to the Northern California Regionals (NorCals) after winning the MCAL championship. Despite their loss to Whitney High School in the first round of state, the team recognized how far they could go in the postseason, according to senior Jenny Walker. Looking to continue from where they left off last season, Walker and seven other returning seniors are now stepping up to fill the gap left by Zoe Stachowski, last years leading scorer.

Walker, who has been on varsity since her freshman year, is a captain this year and brings a scoring threat with the ability to easily take advantage of smaller players. According to the girls’ basketball coach Diane Peterson, Walker can effectively score from the perimeter as well as inside the paint.

Walker is aware that the team is missing a crucial player from last year, but believes they have great returning seniors to help replace Stachowski. Stachowski led the team in points and rebounds, and Walker believes that Stachowski’s role will have to be filled by the entire team.

Although it’s still fairly early in the season, Walker believes that the team needs to strengthen its bonding and become accustomed to everyone’s different playing styles.

“It’s hard to work well together because we’ve been canceled by the smoke, and we need more time together to get to know each other, like how each person plays in their position and better understanding each other,” Walker said.

As a team, last year’s playoff loss was disheartening, but nevertheless, just the achievement of advancing so far remains inspirational. Walker looks at this as a stepping stone and something that can motivate the team to make it back this season.

“I think that just getting to NorCals was really helpful in setting an example of where we can be, but also ending a season on a loss is not very fun and that will fuel us for this season,” Walker said.

As a leader, Walker tries to instill her work ethic in the rest of the team. She believes in setting an example that her teammates can follow, especially to the younger players on the team who can learn from her to always bring high intensity to everything they do.

“I think that it is all about leadership and setting a good example, getting to practice early, and working hard in practice. Because of my high level of intensity, everyone works to match it. Also, we have some younger players on our team and I want to be able to leave the season knowing that they are going to keep that intensity,” Walker said.

Sophomore Kylie Horstmeyer is a second-year varsity player who excelled during her freshman year. Averaging 10 points per game, Horstmeyer scored the second most points behind Stachowski. Horstmeyer also believes that Walker’s work ethic will create an improved playing style for the team. 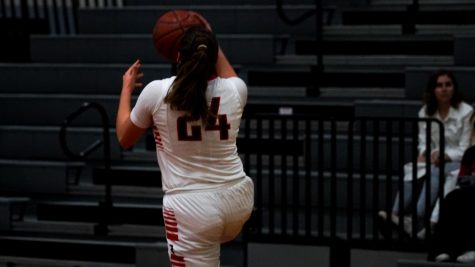 “I think that we are going to try to put fear in other teams’ eyes by continuing to keep up the intensity up for the whole game, and never letting up,” Horstmeyer said.

As a sophomore, Horstmeyer will also have the duty of being a mentor to the only freshman on the team, Nathalia Bernstein. She was in Bernstein’s shoes last year and remembers the nervousness she felt during her first year on varsity.

“At first it is overwhelming because you’re just not used to it. A Catholic Youth Organization (CYO) game is a lot different than the rivalry games against Marin Catholic. I was playing in front of more people than I have in my life,” Horstmeyer said.

Peterson also thought highly of the girls’ chances this year. According to Peterson, this year’s team is different due to the amount of depth it has in scoring threats. Echoing Horstmeyer’s assessment of the team’s speed, she is looking to utilize this quality to develop new defensive techniques.

“Last year we went further than we ever have. I have been at Redwood for 10 years, and we have never gotten to NorCals, so to be able to play a NorCal game last year was really huge, and I think we definitely have the potential to go far this year now that the girls understand what it takes to get there,” Peterson said.

Last year’s playoff run gave the Giants a taste of what it took to go as far as they did in playoffs. Now, they’re aware of what challenges will lay ahead if they make it back.

“I don’t think we understood how emotionally exhausting and physically exhausting a long season like that could be. We played well into March, which takes a toll when you are starting in November and this year we are starting even earlier. So I think now they have a better understanding of the grind that it takes to play that far in the postseason,” Peterson said.

Although they may already be anticipating intense championship games, the Redwood girls’ varsity team is currently looking to succeed in a grueling season of league games. Their next game is against Tamalpais High School on Dec. 10 at home.