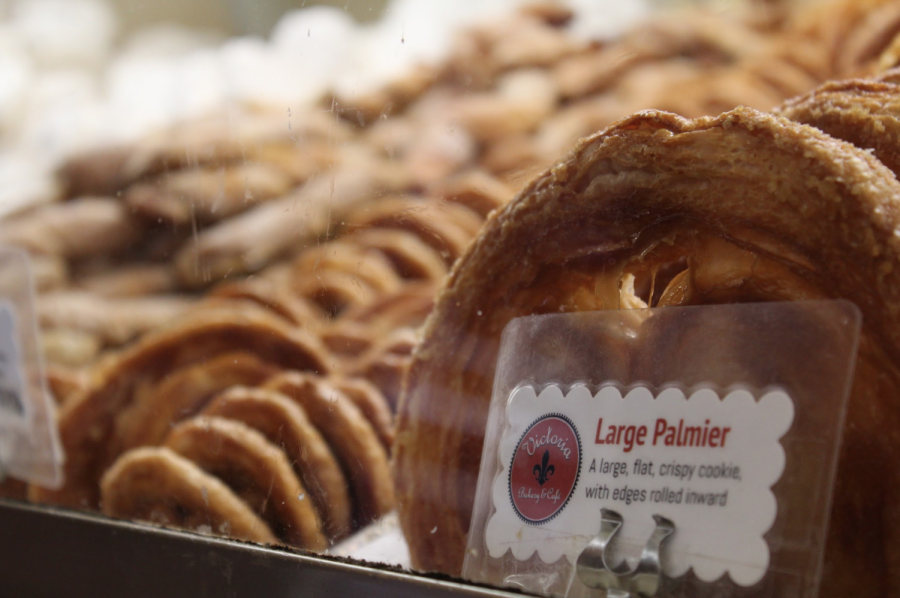 Forty miles away from Greenbrae, Calif. lives Amy Kim: a dedicated mother, wife and baker. Every day of the working week, Kim wakes up as early as 2:30 a.m. to drive to Victoria Bakery, a small local pastry shop at Bon Air Shopping Center. Kim has been working there for two years and has had previous occupations in the restaurant industry. However, unlike other jobs in the food industry such as chefs or waitresses, being a baker requires the constant commitment of waking up early to bake for the day. Over the years, Kim has embraced this unique work schedule and turned it into her daily routine.

“[I] wake up early in the morning and get here [to start] baking goods. [I] prepare all of the store, be ready for the customer, tend to the customer [and] make drinks,” Kim said.

After one of Victoria Bakery’s bakers quit, Kim decided to take over and become a full time baker. But ten years prior to going to Victoria Bakery, she had worked at Subway where she woke up at the same time as she does now to bake 300 loaves of bread. For eight years, she had worked at Peet’s Coffee and Tea, also at Bon Air Shopping Center, with similar, if not earlier hours. It is difficult to have the amount of motivation to continue with this lifestyle daily.

Eileen Kulperger, a Redwood parent and co-worker of Kim’s, works at Victoria Bakery two days a week and has known Kim since her first day.

“It takes a special kind of person that can [be a baker]. I don’t even know how long [someone can] last; you burn out fast,” Kulperger said. 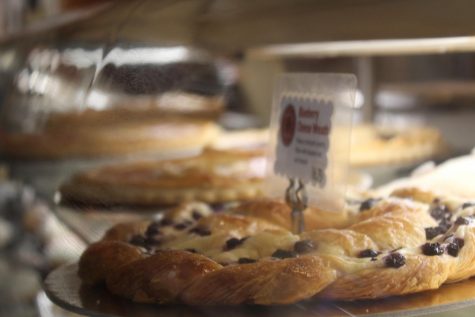 However, Kim loves her job and brings energy and enthusiasm to work continually. As she reported, being a baker is a very mechanical and repetitive process. It ranges from putting the goods into the oven to placing the freshly baked pastries on the counter. It also requires multitasking skills while the bread is baking, as Kim has to keep an eye on other important details.

Within the toasty atmosphere of the bakery, Kim’s hands are focused on buttering pastries. However, oftentimes her mind is off thinking about her family and religion.

“I pray for my sons, my family and I have a lot of prayer requests. I pray mostly,” Kim said.

But before Kim became employed and took over the morning shifts at Victoria Bakery, Kulperger used to alternate with other workers to get to the shop at 5 a.m. and prepare it for the day. For anyone working in this industry, the grueling early hours demand significant willpower for getting out of bed. Kim tries to get out of her house quickly before her bed tempts her to get back in. She said that she has three alarms set, but after getting up, she is able to get ready quickly.

Another aspect of Kim’s job as a baker is how the early mornings have affected other people in her life. Since Kim’s children have already grown up, they are living on their own and don’t experience any downsides to their mother’s work. However, Kim rarely gets to spend time with her husband.

“[Kim’s husband] has more of a nine-to-five job so they don’t see each other much. She goes to bed early and she wakes up … early,” Kulperger said.

Kulperger, being the mother of two girls, is aware of how the job can affect one’s family life.
“[They] were on their own to wake up, get themselves breakfast, get themselves ready for school [and] get out the door,” Kulperger said. “It was a lot of pressure on them.”

However, Kulperger’s children have been able to develop important life skills from being more independent.

“They matured a lot that year. They took on responsibility…[and] were young, it was all positive,” Kulperger said.

Kulperger not only recognizes her children’s new found independence, but she also pointed out Kim’s work ethic and how her hard work has appeared in every form.

“She never misses a day, even if she’s not feeling great. She’s an incredible person, very genuine. [She is] a good friend and worker,” Kulperger said. 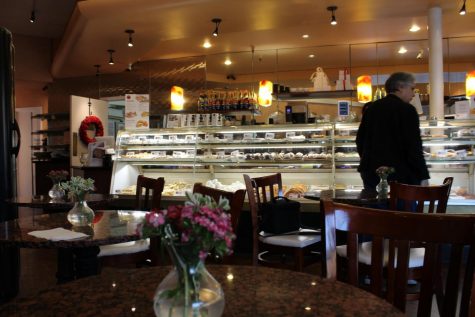 Kim has built tight-knit relationships with her customers and brought joy and business to Victoria Bakery. Nora Faidi, another co-worker of Kim’s, has experienced Kim’s popularity first hand at Victoria Bakery.

“There are hundreds of people who come to Victoria’s for her. Just for her,” Faidi said.

Additionally, Kulperger saw Kim’s familiarity throughout the community in a different perspective.

“[Kim] did work at Peet’s and for various reasons left there and came over to Victoria. She brought a bunch of customers with her that used to be Peet’s patrons, but now they [have] become Victoria’s,” Kulperger said. “She gets to know people on a personal level and when they walk in, she knows exactly what their order is. People adore her.”

According to Faidi, through Kim’s continual and longtime working habit, she has developed some health problems and will be taking a break from working in order to have some time for herself in the near future.

Like Faidi said, Kim has played a major role in Victoria Bakery’s business. The most important part about being a baker is not being able to wake up early for work. Rather, it’s the attitude that the baker has.

“You have to love it, otherwise you can’t succeed […] It’s a big commitment and she’s done that with us for many years,” Faidi said.

Life of a Baker (Victoria Bakery) from Redwood Bark on Vimeo.