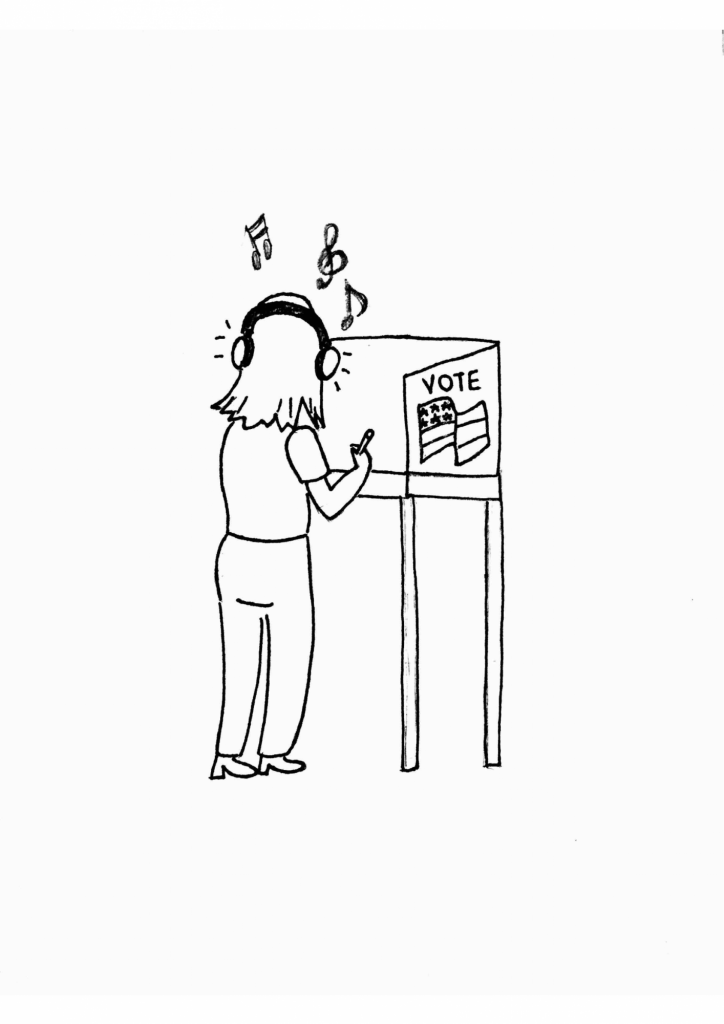 Gleaming gold chains adorn the necks of rappers as they drive flashy cars, surrounded by scantily-clad women in outrageously lavish homes, illustrating the wasteful superficiality of music videos all in the span of three minutes. These trends are not exclusive to rap videos, as such superficiality has become the typification of modern music videos, disregarding the medium’s power to weigh in on serious issues occuring in society.

In comparison to the 1960s, when music from artists such as The Beatles and Aretha Franklin was used to rally citizens towards change, most music and the videos that accompany them are no longer meaningful. We constantly rely on cell phones and social media outlets to receive information, giving musical artists a prime platform to initiate change. With impactful, purposeful videos, younger generations can absorb deeper messages and take a stance on topics present in our world. Political issues such as gun violence and police brutality, both controversial topics that have been occurring in communities nationwide, must be introduced into the content of music videos.

Music videos are an effective method of expression and influence; they tend to be more intriguing to young adults because of their visual stories. With 25 billion music video views per month, based on a 2017 Vevo music video finding, our youth is undoubtedly watching them and absorbing information. According to the American Academy of Pediatrics, adolescents are reliant on media to judge and form opinions as they use music in the process of identity formation, and because of their age, are especially prone to making big decisions involving politics and views on society. Messages spread through visuals have the potential to influence a teenager’s political ideas or even their level of political activism.

A few artists have recently released music addressing large-scale problems, opening viewers’ eyes to crucial topics being discussed. In July of this year, the Black Eyed Peas came out with a new song and video called “Get It,” which covered issues such as police brutality and current immigration policies. The video contains graphic images of police officers shooting at bodies, marches of angry protestors holding torches like those of the Charlottesville tragedy and a Trump look-a-like refusing to stop ICE from violating citizens’ rights. This video is much more than just an accessory to the music, incorporating real life tragedy and political problems and going beyond choreographed, unrealistic visuals.

Another explicitly political song and video released this year was “This is America” by Childish Gambino, involving the rapper shooting at one point and dancing at another while violence breaks out around him. The video sends the strong message that racial inequality still exists as it has since the time of slavery. Gambino received mixed criticism from the general public, yet his authenticity awakened youth to events they may not have realized were occurring in the world around them. The realistic content of the video demonstrates clear crises of today’s society in an accessible way. This is important because our generation has potential to guide our world through these issues in the future.

In their attempts to impart political messages, some music videos have been criticized for their occasional graphic content, with accusations of desensitization aimed at the more startling images. Even though violence takes place in these music videos, they are designed to evoke reactions and emotion, and imagery is a powerful tool in accomplishing this. The reality of situations must be conveyed to the audience, no matter how tragic, to give accurate perspectives.

Simplification is another critique of politically charged music videos, which is understandable as they are attempting to present complex issues within a three-to four-minute time frame. Although the visuals are brief, the shortness of music videos does not dilute their potential to impact viewers. Presenting significant social issues within such a short time is difficult, but appeals to a wider audience and captures attention more successfully than longer, more explanatory styles would.

Although it may not seem like it, artists play a larger role than we think in shaping young children. Through childhood and teenage years, emulation of celebrities is common and a pervasive influence. When celebrities are role models, not only their work, but their political messages are extraordinarily influential. Recently, many celebrity artists have been reinforcing what they stand for by publicly voicing their opinions through protests and rallies against issues such as violence, planned parenthood and human rights. Popular artist Taylor Swift just recently spoke her political truth, endorsing two Tennessee democrats along with expressing her support for women and the LGBTQ community. According to vote.org, more than 166,000 people across the United States submitted new registrations in response to Swift’s political statement with about 42 percent falling within the age range of 18 to 24.

Young adults of this generation are capable of making drastic changes to political problems that have occurred for decades. Artists play a bigger role than they think: teenagers respond to their music videos, often with shifts in mindset and even concrete action. If more artists were to share their political views through media, our youth would have the potential to create a world where political decisions solve relentless problems that have consistently affected society.