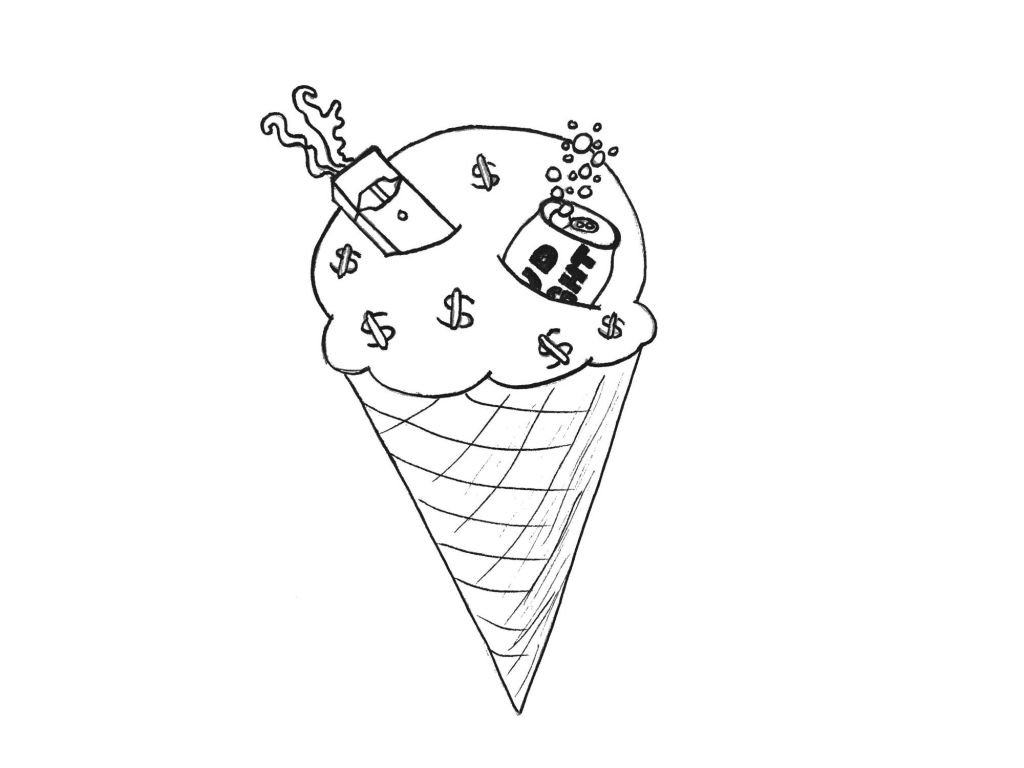 In the late 1990s, The New York Times published an article addressing concerns with Camel Cigarettes’ advertising campaigns, suggesting that using a cartoon camel encouraged underage smokers to use their product. Now, advertising methods are more sophisticated, and the phenomenon of drug and alcohol companies advertising to questionably young audiences is even more nuanced.

Some companies in these industries have strayed from appropriate marketing strategies as teenage consumers offer increasing profitability. As marketing through social media has evolved and disproportionately targeted an underage generation, companies must bear culpability for their influence on young users and maintain stricter focus on their target audience.

In early September, the Food and Drug Administration (FDA) called JUUL vaping “an epidemic,” warning manufacturers of a potential ban on e-cigarettes if producers continue to advertise to “inappropriate” audiences.

Although the JUUL was originally created with the goal of offering a healthier alternative for consuming nicotine to adult smokers, JUUL’s mismarketing, characterized by its colorful, flavorful pods and their presence on social media, has led to an increase in younger users.

According to the Tobacco-Free Kids survey, major tobacco companies spend $9.5 billion per year—nearly $26 million per day—to promote their products. Many of their marketing efforts directly influence youth, including students from the Redwood community. According to a survey by Tobacco Use Prevention Educators, a Redwood student-run organization that educates underclassmen on tobacco use, 42 percent of freshman reported using JUULs within the past year.

The popularity of illicit substances among underage users is compounded by the products’ promotion on social media platforms such as Instagram, an application that 76 percent of teenagers use actively, according to ScienceDaily. Across the platform, notorious accounts like ImShmacked, Banger Buddy and Barstool Sports promote underage consumption and abuse of nicotine and alcohol products by posting videos of teenagers using intoxicating substances. These three accounts range between 800,000 and 5.6 million followers, with content geared towards high school and college students featuring graphic videos of excessive binge drinking, irresponsible drug use and other activities that glorify reckless behavior.

Not only is underage consumption prevalent on drug-and-alcohol oriented accounts, but so are blatant advertisements for accompanying accessories. Colorful, customizable products such as JUUL sleeves are sold over Instagram, and sales are often aided by the endorsement of social media celebrities. These advertisements give young viewers an outlet to purchase illegal products without a proper ID and offer significant discounts as an incentive.

According to a 2016 report by Johnson and Wales University, marketing companies direct their advertisements at students because of their vulnerability and willingness to experiment. Preying on teenagers is clear manipulation of the sensitive teenage psyche. Arguably, teenagers are capable of making their own decisions. However, we are not yet fully prepared to make conscious choices about how to regulate our intake of harmful substances: there is a reason we cannot vote—or legally buy alcohol and tobacco products. Our developing sense of actions and consequences must be taken into account by firms who utilize predatory marketing practices for the health and safety of the next generation.

JUUL serves as only one example of companies experiencing economic growth as a result of marketing to teenagers, and is one of few actually facing legal consequences. However, James Monsees, CEO of JUUL, has vehemently denied any intent to target youth.

In the wake of backlash over marketing strategies, JUUL has begun to alter their approach. Originally advertising with fresh-faced, youthful models, the company has adapted to an older crowd, featuring former smokers who have switched to JUUL. They have pledged an investment of $30 million for research and community engagement, and developed a team to combat illegal online sales. While these seem like sincere efforts, these measures are merely superficial attempts to appease the FDA and improve public standing. Cursory actions cannot amend the harm done; a significant shift in moral values must occur.

Marketing techniques have drastically changed over time as more companies are advertising their products through social media platforms, which target youth and use cheap, persuasive advertising to garner them customers for life. Monetary gain aside, companies must carry out socially responsible investing by making moral decisions in choosing their target demographic and support a world in which producers and consumers have a healthy relationship. Companies that leave a population especially vulnerable to underage consumption are refusing to meet our demand for a higher standard of morals, putting young consumers at risk every day.