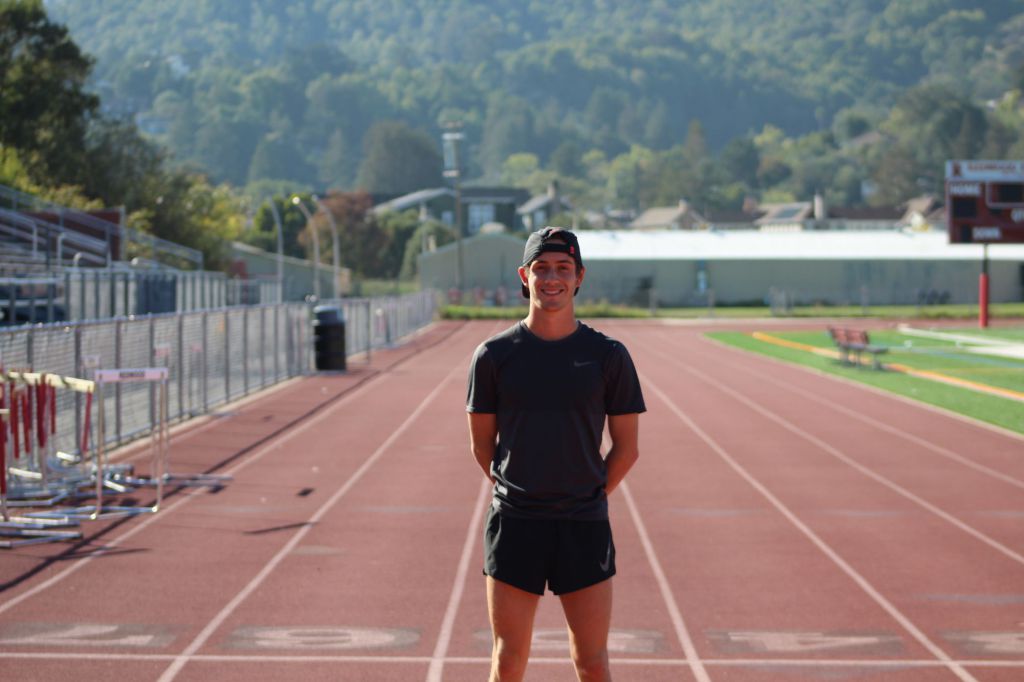 As many talented athletes begin the recruitment process and many seniors work on college applications, Liam Anderson gets to spend his senior year focusing on something he loves: running.

Anderson began running in seventh grade, and after seven years of training, he is now the No. 1 rated cross country runner heading into the 2018 season. After a lengthy recruiting process, Anderson chose to pursue his passion for running at Stanford University over other schools such as Georgetown. Considering Stanford is one of the most academically rigorous schools in the country and was ranked seventh in the nation by U.S. News, there is no doubt that it will be a challenge to manage both a varsity sport and an intense workload. Regardless, Anderson is ready to take the challenge head-on.

“Motivation has never really been an issue for me. I’ve kind of always wanted to be the best at what I do,” Anderson said.

Using this determined mindset, running has transformed from a fun middle school exercise into a prosperous future. Although Anderson started this year as the favorite to win the Nike Cross Nationals, the cross country national championships, he never strays far from his intense training regimen.

To improve, Anderson combines a mix of physical training and an undaunted mental attitude. He enters every race knowing what he needs to accomplish to reach his end goal. Anderson also finds new ways to excel through running, and utilizes his teammates for support during every practice and at team meets.

Both joining the team as freshman, Austin Patel and Liam Anderson have spent four years alongside one another, and now lead as co-captains. Patel and Anderson have been able to grow as individuals, while also working in unison to accomplish bigger goals for their team, explained Patel. Though Anderson will occasionally crack a joke during practice to lighten the mood, he takes workouts and meets very seriously.

“Liam thinks about every cross country meet as a business trip, he treats races very seriously and makes sure everyone is prepared, focused and stretched out before they run,” Patel said.

This focused and dedicated mindset is what makes him one of the top competitors, Patel explained. Despite already committing to Stanford, his solid work ethic and leadership skills remain, which attests to his love for running.

“I don’t think [his commitment] has deterred him from any of his goals and effort in running, and he continues to try to improve himself and excel at what he does,” Patel said

Having coached Anderson since he was a freshman for both track and cross country, Coach Laura Schmitt has been able to see Anderson’s accumulative growth. According to Schmitt, Anderson has a very unique mindset that allows him to surpass many of his competitors and peers. Although his physical capabilities are a big contributor to his success, his approach to every challenge and consistent mentality are what keep him on top.

“Liam doesn’t get ruffled. If someone were to try and play a game with him and throw him off by sprinting passed him, he won’t blink an eye. He will respond appropriately and succeed in that environment he’s in,” Schmitt said.

A big part of Liam’s success also comes from his mental game, which he has developed alongside his coaches and teammates. Although he may have a new pace or terrain to get adjusted to, there always seems to be one thing he stays true to: his aggressive and determined mindset.

“I would say that I’m usually pretty friendly, and I’m never out to get anybody, but as soon as the gun goes off during a meet, I’m hunting,” Anderson said.