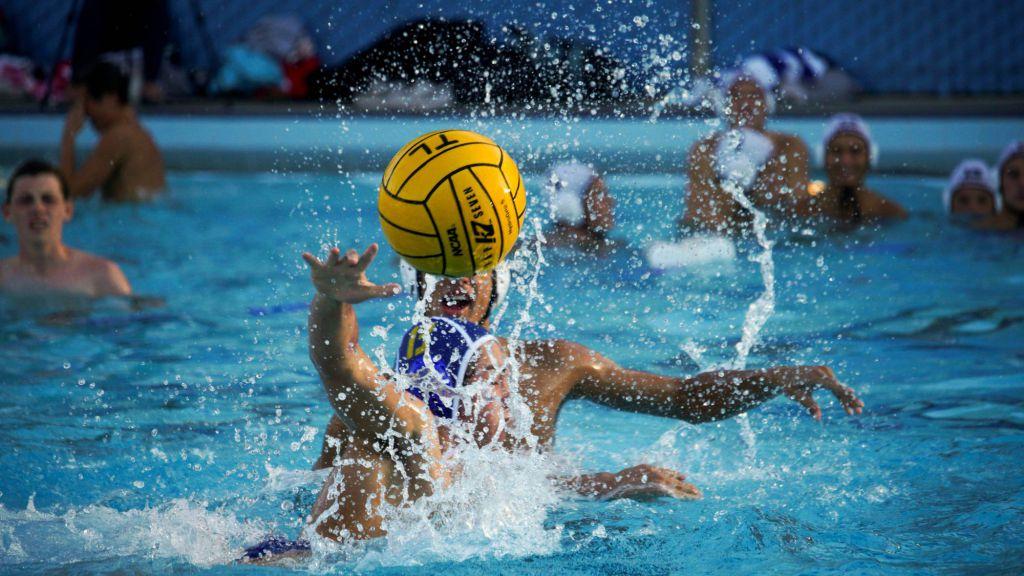 Tied 7-7 going into the final minute of the game at Terra Linda on Thursday, Oct. 11, tensions were high for the boys’ varsity water polo team. The final minute was preceded by four consecutive goals from Terra Linda, a scoring streak that only added to the pressure felt by the Giants. Tor Parawell,  Redwood senior co-captain, fired off a successful shot with two seconds left on the shot clock and 37 seconds left in the game, putting Redwood ahead for good as they went on to win 8-7.

“I saw the goalie go up and I shot right under his arm; it felt really good to just close out that win,” Parawell said.

The Terra Linda Trojans then turned the ball over after the game-winning goal from Parawell, allowing the Giants to run out the clock and secure the win.

Going into the fourth quarter the Giants were up 7-4, but were unable to sustain their offensive momentum after senior co-captain Ely Selden was ejected for an early exit from the pool in the middle of the third quarter.

“[Selden’s ejection] slowed down our offense a lot, and in that last possession I thought we really needed to move the offense and especially just get energized,” Parawell said.

With MCAL playoffs merely two weeks away, this matchup was between the current third-place and fourth-place teams in MCALs, Redwood and Terra Linda respectively. The Giants currently hold a 5-1 league record, with their one loss occurring against Tamalpais on Oct. 4.

Due to the narrow and shallow nature of the Terra Linda pool, it is a challenge to play in, according to senior Julian Haggard, who said the Trojans were at an advantage with their practice in that environment.

“Half of the pool [we] play in is about 4.5 feet deep so treading water in it is a nightmare,” Haggard said. “I feel like if we were playing in a normal pool then we would have won by 10 points.”

Despite the victory, Selden feels that the Giants could have done better, and did not play to the best of their ability.

“Towards the end of the season we are playing a lot better together, but today we broke down a little bit,” Selden said.

The teams’ next MCAL game will take place on Oct. 18 at Redwood against Marin Catholic.