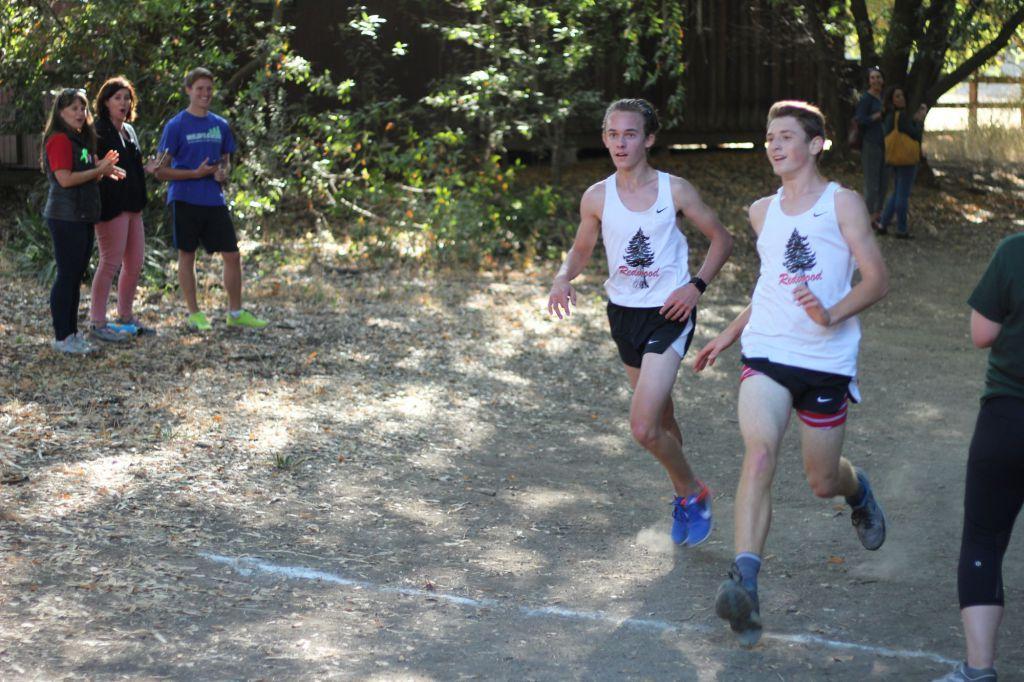 Runners shuffled into position behind the white line at O’Hair Park in Novato on Thursday Sept. 13. Dust filled the air and trees casted shadows on each runner. With the call of the official, the teams began their five kilometer course.

According to senior Austin Patel, the cross country team used this meet as a sort of practice race.

“Our sights as a team are focused farther in the season, at NCS, State meet and even after that. These meets are a preparation, getting out, getting some practice. They help us get back into the rhythm of racing,” Patel said.

Patel said that more specifically, the meet provided an opportunity for him to practice positive self-motivation.

“It’s really easy to get negative ideas like ‘I can’t do this,’ or ‘It’s too hard, it would just be easier if I slowed down.’ One thing I’ve learned to do as a racer is to just get those ideas out of your mind and stay positive. Racing is hard, I’m not going to deny that. If you’re positive, it’s a lot easier to run faster, enjoy it a lot more, and have a lot more fun while you do it,” Patel said.

While runners used the meet as practice for future races, Schmitt took the chance to teach both varsity and junior varsity about teamwork. Schmitt said that even though dual meets are less competitive and have a smaller number of competing teams, she employed this meet to guide the team in supporting one another.

“We just had our team meeting, and I asked the boys what they learned today. [Patel] said he learned that you can always run a little faster and you can always work a little harder. For one of the top guys on our team to be saying that to a bunch of freshman, that’s very inspiring, to tell them that you just keep getting better,” Schmitt said.

Sophomore Hudson Grace said that the meet served as a reminder of the importance of a strong team dynamic.

“I came into this sport thinking this sport was only individual, but now I’m realizing it’s more about the teamwork. It’s really good now to make sure everyone’s on board and trying together,” Grace said.

According to Patel, the team was able to stay close during summer break with consistent practices and other team events, such as an altitude camp in Tahoe.

“Running with these people every single day over the summer, we’ve built better bonds and connections between us,” Patel said.