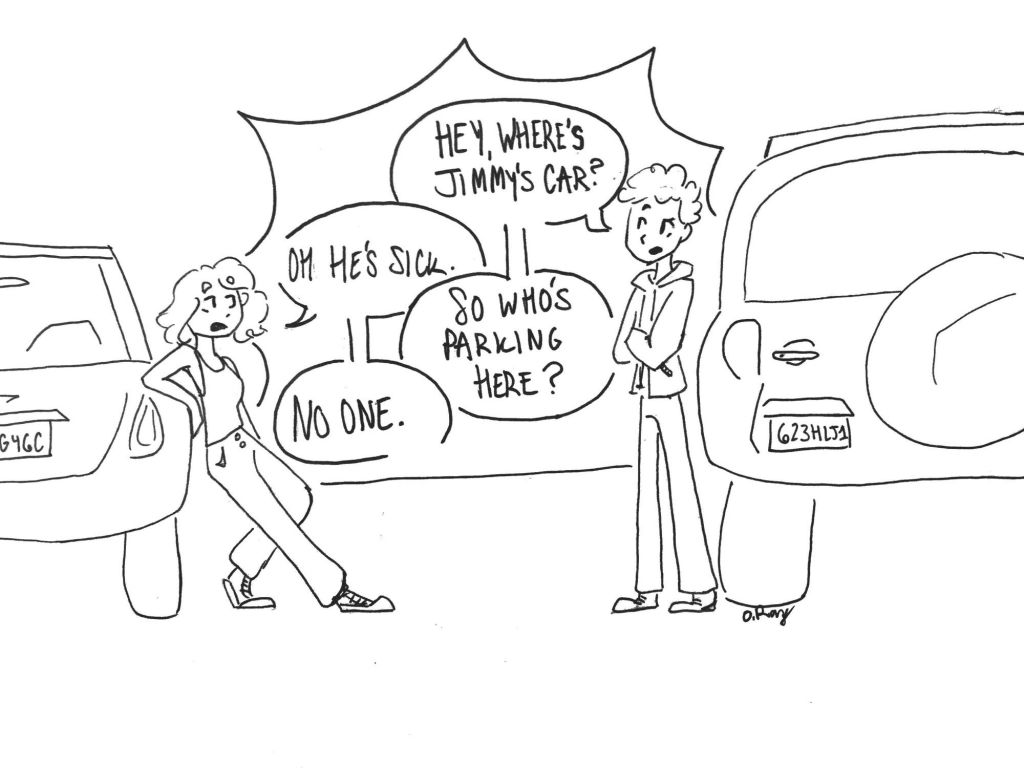 On Sept. 4, an email was sent out to the Redwood community by Principal David Sondheim outlining the draft of newly proposed parking restrictions for the 2018-2019 school year. The new measures are being considered to mitigate problems with “safety,

environmental impact/resource use, commute traffic congestion and student, parent and community impact,” according to Sondheim’s email. A survey was issued to students and parents to obtain feedback about this proposal; however, it will only be viewed and considered by Sondheim and Assistant Vice Principal Saum Zargar before a final draft is made. A mere three days were given to submit responses, but it is unclear whether this feedback will create discernible change to the policy.

The proposed changes include limiting the number of permits to the number of spaces available, assigned parking spots with “carpools given highest priority and long distances from school being given the next highest priority,” according to the email. The draft also prohibits all students in the school parking lot from driving their cars off campus at lunch and break.

The proposal has, rightfully, been met with outrage by the student body and members of the community. The administration’s proposed parking plan is inefficient, disregards the individual needs of students and largely fails to take student opinion into account.

Past parking policy has accepted all applications from upperclassmen, with this privilege extending to sophomores as of the 2016-2017 school year, creating a high demand for parking. Although this system was less than ideal, the proposed draft takes us from one end of the extreme to the other, with far too many restrictions.

One of the most protested changes is the assigned spots, which is an asinine attempt to monitor students’ parking at an excessive level of detail. The major flaws with this are two-fold.

The enforcement of such assignments will fall on campus security officers, who are tasked with ensuring student safety, not monitoring individual parking spots. Additionally, when assigned spots are empty due to absences, administration has said they will be given to visitors or substitutes, but not other students. Saving spaces for hypothetical needs defeats the purpose of finding a lasting solution to the problem for all involved, especially given our limited amount of parking spots.

Two criteria (carpooling and distance from school) for prioritization of permits given have been proposed, both of which are inconsiderate of student and community circumstances. Carpooling demands regularity in student schedules, which is rare; after-school jobs, sports, family obligations and excused absences require flexibility in transportation options. While the policy is meant to encourage carpooling, there are significant irrationalities that render it counterproductive.

Distance prioritization is another major issue with this proposal. Such priority would allow students living in areas such as Belvedere-Tiburon a greater chance of receiving a permit, despite their access to chartered Marin Transit buses. For students who live in areas such as Greenbrae or Corte Madera, there is an insufficient bus system to transport them to and from school, bringing into question the equity of student transportation. Although these areas are closer to school, walking to school is impractical as even two miles could take at least 40 minutes, nullifying the reasoning for the distance qualifier.

Not only is this proposal an inefficient use of our paid administration, as they will have to sift through complex details regarding distance and carpooling before issuing permits, but it is also a careless use of our monetary and spacial resources.

The most effective solution would be to issue as many parking permits as are requested within a designated time frame in the fall, which would lower the estimated 800 requested permits and allow a first-come-first-serve system, which has worked in the past. With this process, absences would not leave open spots, and students who need parking on any given day can fill them.

Administration believes that the entirety of the consequences of the proposed parking changes cannot be gauged until the changes are made. Unintended and unpredictable repercussions are inevitable with such an extreme strategy. Instead of overcompensating for the lax parking plan of past years, a better strategy is to start with a less drastic measure, such as simply limiting time for applications, and observe whether this alone will be sufficient to improve the situation. If there is enough evidence that the initial measures are ineffective, then administration would be justified in enforcing additional restrictions, such as assigning parking spaces.

Last year’s parking situation wasn’t optimal by any standards; there is no ideal solution for the parking problem simply because of the disparity between the number of people who want to park on campus and the space available. However, restricting our parking to this extent is not just logically flawed, but also sends a message that student and community voice are not adequately considered in school-wide decision making.