Manafort and Cohen indicted: why not add the president while we are at it? 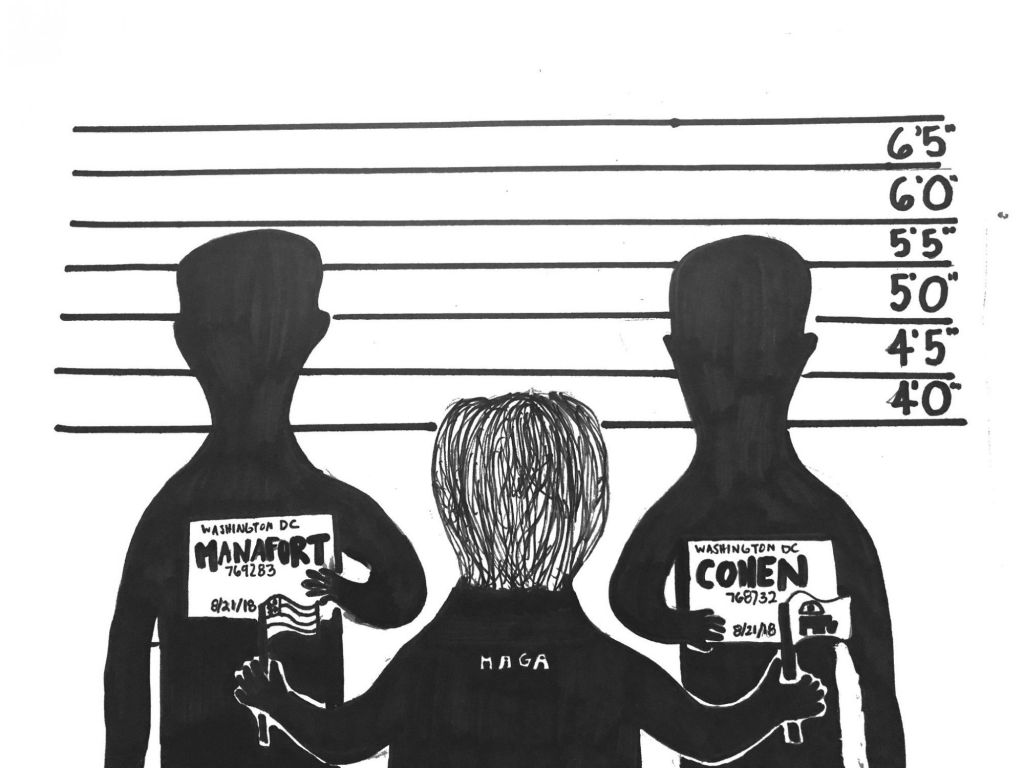 Impeachment is defined as the action of calling into question the integrity or validity of something. Indictment is defined as a formal charge or accusation of a serious crime. The first is is an action allowed to be done to a president, the latter is not.

Paul Manafort, President Donald Trump’s campaign manager, was found guilty of eight financial crimes on Aug. 21. He is currently in jail and faces up to 80 years in prison. Michael Cohen, President Trump’s long-time lawyer, agreed to a plea deal admitting to eight charges and acknowledged he had discussed or paid hush money to two women who had alleged affairs with Trump in order to keep them silent during the campaign, violating campaign finance laws. Now, over two weeks later, no major strides have been made towards punishing Trump.

Trump was almost undoubtedly involved in the crimes that Cohen was arrested for, especially if Trump’s “fixer” was using his money during the campaign for illegal activity. Normally, that would automatically mean that Trump would be indicted just like Cohen was, but unfortunately nothing has been done in effort towards impeachment. Manafort and Cohen were indicted for serious crimes, and Trump would be right alongside them in the courtroom was he not the commander-in-chief.

Precedent was set for incidents such as these in two past cases. The first was Richard Nixon’s Watergate and the second was Bill Clinton’s Monica Lewinsky scandal. Although both former presidents were impeached, neither were indicted for any charges. More likely than not, the same situation would happen to Trump. The worst-case scenario for him is being forced to resign from office, a simple resolution to major crimes. 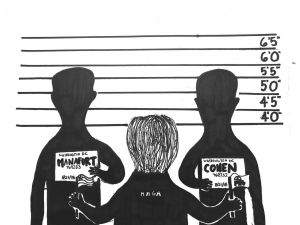 Back in 1807, the first time a president could have been impeached or indicted, Chief Justice Marshall determined that the President was not above this because he was not king. However, only a few months later it was also decided that the courts were not required to treat the President like any ordinary citizen, a sentence that essentially admits that the president is above the law.

Undoubtedly, there are many signs that Trump was fully involved and aware that money was being used to pay off his various affairs. When Cohen was in court, he admitted guilt to having used $130,000 of the campaign funds illegally to pay off one of the women Trump was rumored to have had an affair with, Stormy Daniels, implicating Trump’s involvement with and knowledge of the felony. Cohen most likely would never admit to a crime of that nature if there was nobody else involved to take some of the blame as well. He would simply not be willing to admit guilt to that large of a crime without knowing that there was someone else to take part of the blame, whether or not Trump will in actuality be affected.

With that being said, let me go back to the fact that the likelihood of Trump being actually indicted for these crimes is extremely, extremely low. However, crimes of this caliber have never been in questioning to any other past United States President. My guess is that Congress just does not know where to begin.

Arguably, at this point there is not enough concrete evidence to impeach or indict Trump with 100 percent certainty. It is possible Trump has been going through the past two and half years completely blind to everything going on around him. It is possible he had no idea thousands of dollars were going from his campaign fund to two women he had allegedly previously had affairs with in order to keep them quiet. However, I would like to give our president more credit than that. I do not believe that he is a stupid man and I do not believe that he would be so utterly unaware to all the crimes that were committed by his right-hand man. I doubt that he just gave his money to Cohen absentmindedly.

Unfortunately, the crimes that were committed in the last two years in order to get Trump into office were beyond corrupt. From foreign government involvement in the presidential election that helped one candidate while hurting another, to Manafort and Cohen’s combined 16 guilty charges and a direct sign of campaign finance cover up that Trump knew about, all rational signs point to indictment for many reasons.