Here we go again with another Mamma Mia! 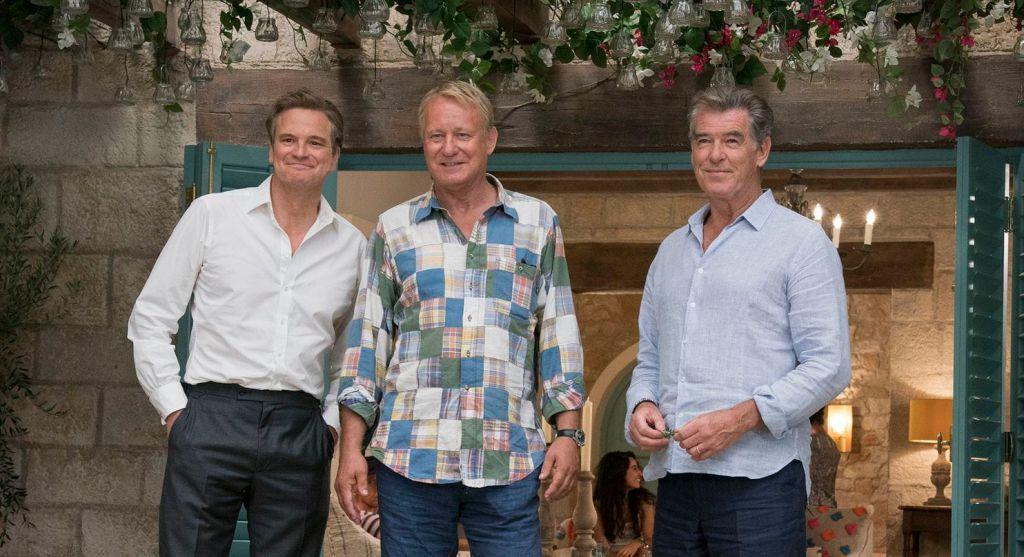 After 10 years of anticipation, the sequel to “Mamma Mia!,” “Mamma Mia! Here We Go Again,” has finally hit theaters. Taking place on the fictional Greek island of Kalokairi, the magnificent colors of the newly remodeled Villa Donna take viewers by surprise, who are then introduced to Sophie Sheridan (Amanda Seyfried) as she rushes around her hotel. Sophie looks noticeably more mature and grown up from her eighteen-year-old self, which sets the tone for her role throughout the rest of the movie. 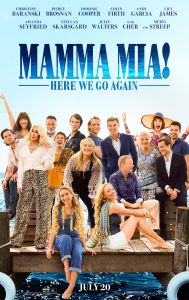 “Mamma Mia! Here We Go Again” is not your typical sequel. Filmed on the breathtaking island of Vis in Croatia, the film details Sophie’s life as a new hotel owner, simultaneously intertwining her current life with the adventures of her late mother’s younger self. Initially, it was hard to catch on to the frequent switching between the two lives. As the movie progressed, director Ol Parker incorporated smooth transitions, intricately weaving strong emotional connections between mother and daughter.

Right away, I was impressed with the set design of each scene, reminding me of how aesthetically pleasing the first movie was.

With that in mind, it was comforting to recognize many returning cast members, including Meryl Streep, Amanda Seyfried, Pierce Brosnan and Dominic Cooper, who outperformed themselves from the first movie. Additionally, Cher, otherwise known as the “Goddess of Pop,” made a surprise appearance as Sophie’s estranged grandmother.

One key aspect of the movie I was not expecting was Sophie’s struggle to accept her mother’s death, which is left unexplained. Donna Sheridan appears as a ghost only visible to Sophie. In one particular scene, the mother’s spirit and her daughter sing the sad song, “My Love, My Life,” together during Sophie’s newborn son’s baptism, illustrating the strength of their powerful bond.

Additionally, when young Donna (Lily James) found out that young Sam Carmichael (Jeremy Irvine) cheated on her, the scene flooded me with many sympathetic emotions. This proved that “Mamma Mia! Here We Go Again,” reached a deeper and more mature level than its predecessor. 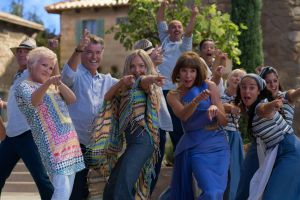 However, these few gloomy scenes in the movie were contrasted with vibrant and colorful ones where the cast was carefree, singing and dancing. My favorite scene was when the characters were dancing to the iconic song, “Dancing Queen,” which outdid the original movie’s choreography and cinematography.

In the past, I have not enjoyed musicals because of the sporadic and often random scenes which result in the characters breaking out into song. With that being said, “Mamma Mia! Here We Go Again” matches its songs to the setting of the scene, making the spontaneous singing and dancing more enjoyable.

The movie’s soundtrack appealed to me, as the songs tended to brighten the audience’s mood, especially with the all-time classics, “Mamma Mia” and “Dancing Queen.” Many songs were brought back from the original movie such as “Super Trouper” and “Honey, Honey,” but new songs were also introduced including, “Why Did It Have To Be Me?” and “Angel Eyes.” With these two songs, they featured new singers, highlighting the differences of this youthful cast. 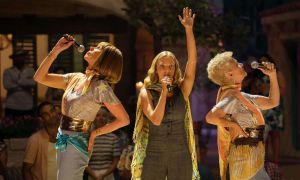 “Mamma Mia! Here We Go Again” fulfills anyone seeking a feel-good movie. The beautiful Greek backdrop is highlighted throughout the film; it invites viewers to feel the warm breeze as they drift through the Adriatic Sea on a sailboat, but also turns darker with Sophie’s stress as a hotel owner. More importantly, movie-goers get to party with many familiar faces from the original “Mamma Mia!”