Star athletes commit to play at the next level 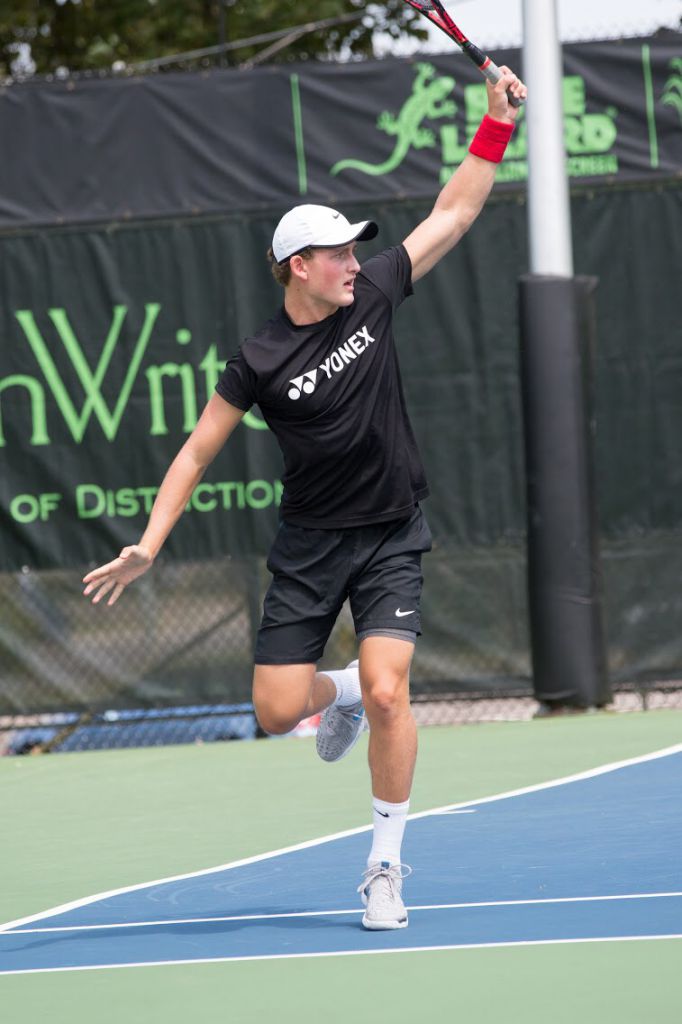 Gould returns with a backand

Many seniors are currently going through the stressful process of applying to colleges. The seemingly endless amount of questions on the Common Application, “What is your parents boss’ name?” or “What is your favorite word and why (500 words minimum)” are enough to make someone go crazy. On top of those questions, seniors have to deal with adults constantly asking “So what colleges are you looking at?” and “That school is really hard to get into, are you sure you can get in?”

Luckily for seniors Maddie Pero and junior Sophia Curtaz, they’re freed from this college stress. Both students have already committed to colleges for soccer: Pero committed to Tufts University in Massachusetts and Curtaz committed to Chico State in Chico, California.

Curtaz and Pero both began playing soccer when they were six years old for Novato United. According to Curtaz, when she first started playing soccer, it was less about the game and more about being active.

“I didn’t really know what I was doing. I would just run around. I didn’t know the rules or anything but I loved to run so I liked playing,” Curtaz said.

After learning the rules and techniques of the game, Curtaz and Pero made the same jump to the Marin Football Club (Marin FC). With the transition to Marin FC they continued to improve, and, according to Pero, that is where her love for soccer was born.

“I knew I wanted to play college soccer since I started playing [Marin] FC. I would go two weeks without soccer and would hate every day that we didn’t have practice, so I knew I couldn’t give it up because I would miss it so much,” Pero said.

Pero and Curtaz now play for Redwood varsity soccer and the Marin FC Blue Team, the highest level team for their age group. According to Pero, she practices with people all over the Bay Area, and her teammates are what she loves most about the game.

“Our team is so close; I look forward everyday going to practice because I just love getting to see them,” Pero said. “It’s really fun to see my friends who live in the city or in Santa Rosa that I don’t get to see every day.” Pero said.

Curtaz’s interest in soccer can be attributed to her love of competition.

“It’s the feeling of winning and losing that drives me,” Curtaz said. “My favorite part is the feeling you get when you win really big tournaments or beat really great teams.”

This competitive edge was a major factor in her commitment to Chico State over the summer.

“They’re really competitive and one of the best Division II schools on the West Coast, so that really appealed to me,” Curtaz said.

For Pero, there were two main reasons for committing to Tufts. The school happens to follow the same system as her Marin FC team, so she can play the same position that she plays now: attacking mid. The other reason she choose to attend Tufts was due to its engineering program, a field of study which interests Pero.

Pero is also looking forward to enjoying the college life outside of sports. Since Tufts is a Division III school, the preseason starts a month later than most colleges and the spring practices are not as often, allowing the athletes to focus on academics and internships.

Another athlete that committed last year is senior Stevie Gould. Gould is a five-star tennis recruit, according to The Tennis Recruiting Network, and is ranked 33rd in the country. Gould committed to University of Washington in Seattle for tennis last February.

Gould first started playing tennis when he was six years old when his dad, who has played tennis his whole life, taught him how to play. Ever since his childhood, it was always Gould’s dream to play Division I tennis and next September he will fulfill that dream.

Gould’s main motivation through his childhood  to improve was his own expectations.

“You’re out there alone, so when you mess up, [when] you lose or you fail, you have to take all the accountability, and that’s my favorite part about tennis,” Gould said.

Gould knew he wanted to play at Washington ever since he visited last December, when he immediately fell in love with the campus and community.

“It’s a big school which I really liked. I wanted to be on a big campus with a lot of people. It has a great community and is a big part of people’s lives in Seattle,” Gould said.

On top of the beautiful campus and the great community, the tennis coaches also stood out to Gould.

“They treat you not only as a player, but as a person, and I feel like I can trust those guys with anything whether it relates to tennis or just life in general,” Gould said.

Although all three athletes are already committed, they still have at least one more season to play. Curtaz and Pero are both currently playing club with Marin FC and will be participating in the Redwood soccer season this winter. Gould is playing in The Tiburon Challenger, a pro-am $100,000 tennis tournament, on Sept. 22 and will be on the  Redwood tennis team in the spring.