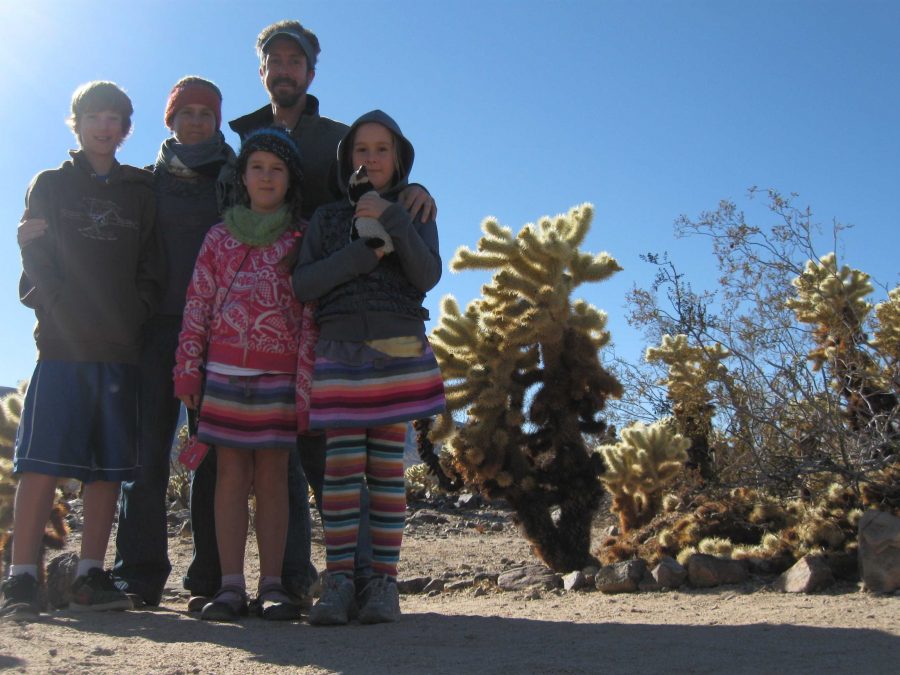 Joe Stewart and his family spent last year living off the land on the outskirts of Auburn in a cabin that Stewart built himself.

Joe Stewart and his family spent last year trying to do something different. They set out with three main goals: to spend more time together as a family, to travel, and to get to know their land located on the outskirts of Auburn, California.

Stewart, his wife, and their three children lived in a cabin in the Sierra Foothills that was built by Stewart over the course of the last two years.

Stewart said that his family had been thinking about taking the year off for a while, but that it finally came together last year.

“It was something that we have always kind of wanted to do and we just did,” Stewart said. “I have always had a strong interest in living off the land and farming and so this seemed liked a great opportunity.”

Although the property was located near the town of Auburn, it was still far from city-living for the Stewart family.

“It wasn’t wilderness and it wasn’t prairie farming, but it was sort of a cross between those two,” Stewart said.

The Stewarts shared their 10-acre property with ten goats, two ducks and about ten chickens.

One of Stewarts main tasks was to homeschool his seventh grade son and his twin fourth grader daughters.

“It was a little bit difficult for us to transition to a whole different style,” he said. “We were all used to something different so it took us a while to get used to that. That was probably the hardest part.”

And although he took the year of from Redwood, he never stopped teaching.

“I did get to do a lot of teaching, all the time. Everyday I was teaching and it was just in a different context,” he said. “I really appreciated that because I learned about a different way of doing things, which was nice.”

“I was out repairing fences, working with the animals, working in the garden, or we were traveling,” he said. “There was new stuff going on all the time.”

Stewart said his family had the goal of traveling together during the year off, a goal they definitely accomplished.

“We did a number of long driving trips, a backpacking trip, we traveled to Thailand for about a month, and to Canada for a couple weeks, so we got to do a lot of great traveling and be free,” Stewart said. “Usually you have to worry about school and your schedule — it is really nice not having to do that.”

Mr. Stewart said that coming back to his life in Marin at Redwood was similar to the feeling of coming back to school from a fun weekend, but that he is glad to be back.

“It was a little bittersweet to leave there, but I am happy to be home,” he said.