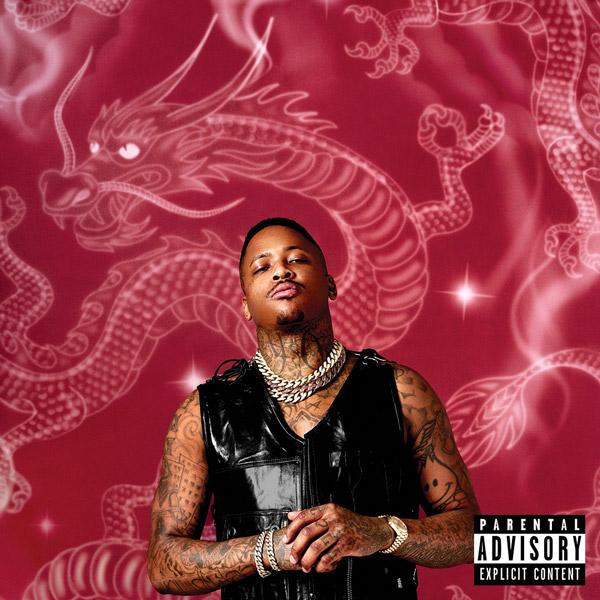 Wearing all black with a red background, YG poses for his album cover (courtesy of Def Jam)

On Aug. 3, fans of Keenon Daequan Ray Jackson (YG) got the chance to listen to an album they had been waiting over a year and a half for. YG came out with his first big release since “Red Friday,” a 7 song EP released in December of 2016. YG was searching for the type of success that his wildly popular 2014 album, “My Krazy Life,” produced, but failed to do so.

“Stay Dangerous” is a 15 song, 50-minute album that includes prominent features such as Quavo, Big Sean, 2 Chainz and A$AP Rocky. The album also includes smaller features such as Jay 305 and Mozzy. The majority of the songs are produced by DJ Mustard, but other producers like Mike Will Made It and producers from popular record production team 808 Mafia are scattered throughout the album. The album is home to 13 entirely new songs that have never been listened to by the public, but YG added two of his previously released hit singles, “SUU WHOOP” and “BIG BANK,” as well.

While contending for views with Travis Scott’s “ASTROWORLD,” YG had trouble climbing up the charts. With only one song in the Billboard Hot 100, “Stay Dangerous,” peaked at the seventh spot for hottest album, but has been slowly declining and has dropped into to the 20’s. The one song that did graze the charts was “BIG BANK,” which was at its best as a single, hitting number 13 on the Hot 100.

The first half of the album contains fast-paced beats and includes the majority of YG’s more well-known features. The lyrics often include boasting about committing crimes and it is hard to listen to a couple of lines without hearing a sexual reference. Each song depicts a very graphic picture of the things that YG does to women, which becomes old very quickly. Halfway through the album, the beats slow down, but the sexual references do not.

As song number 13 (“DEEPER THAN RAP”) starts, the flow of the album changes and surprisingly begins to become tolerable. YG finally dives into topics more sophisticated than violence and sex and begins to talk about his family. More specifically, he mentions his needs to support them financially and his an urge to protect his daughter and get her a good education. The final two songs include an almost two minute interlude of his friend calling from jail, warning YG to get off the streets.  He then closes with a slow jam explaining why he is the most exceptional person to come from his home of Compton, CA.

This album has a couple of songs that are enjoyable to listen to, namely “666” and “BULLETPROOF,” but overall the album is extremely dry and tasteless. Apart from the few verses that briefly delve into his family and friends, this album barely scratches the surface in terms of depth. YG falls in line with all the other rap artists today, who are too ignorant to talk about anything other than crime and women. The beats are all pretty similar, which prevents the songs from being at all unique or distinct and YG also rarely changes his tone, except for halfway through the album when he slightly switches up the pace. Ultimately, “Stay Dangerous” failed to reflect YG’s best work and will be quickly forgotten by rap fans.