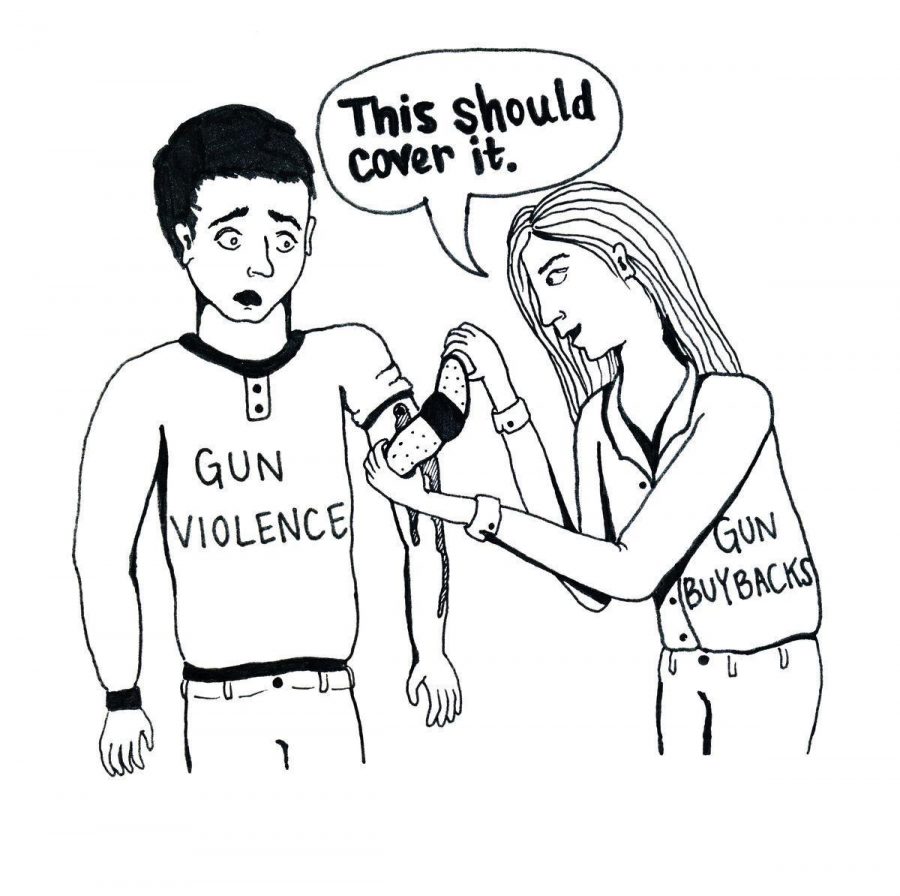 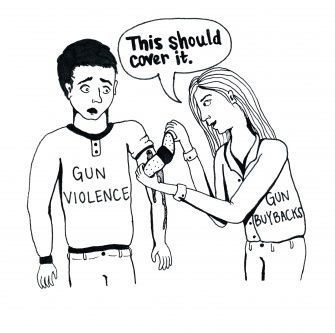 The event, which allotted $200 to those turning in automatic weapons and $100 to those turning in other firearms, drew 827 guns from community members. The county had only raised $20,000 in donations prior to the event, so it was forced to put out a request for another $40,000 from surrounding cities and the general public.

But if people are willing to donate money to reducing gun violence, is a gun buyback program the best way to use the cash?

The county has failed to recognize the ineffectiveness of a buyback program. Sure, the compilation of law-abiding citizens’ dusty old firearms presents a fantastic photo opportunity. But buyback programs attract low-risk guns from the people least likely to commit crimes with them, according to a 2004 report by the National Research Council.

In fact, researchers say a violent criminal would only turn in a gun in order to use the money to upgrade weapons or make some quick money, unless the buyback was mandatory.

In 1996, Australia did hold a mandatory buyback of certain guns that had recently been ruled illegal. Homicide rates decreased a little afterwards, which many buyback advocates use as evidence of the programs’ effectiveness.

But it is important to note that owners were unable to secure replacement guns because of the new laws.

In contrast to the massive Australian buyback, most American programs are insubstantial and not accompanied by new legislation.

Investing money in these programs is a flawed approach to gun reform. The money used in buyback programs should instead be spent on developing cohesive, well-planned police efforts to deal with crime.

The Marin IJ has given a public voice to supporters of the buyback, running multiple editorials in praise of the event.

At times, they acknowledged that removing 827 guns from a country with around 300 million guns is a “drop in a large bucket,” but they justified it by saying the program is successful if it saves even one life.

That clichéd appeal to pathos blinds the public from the reality that if the money were spent elsewhere, more lives could be saved.

Although he owned guns for protection, Dr. King was still a staunch supporter of nonviolence. Instead of seeking the symbolism of a buyback on King’s birthday, let us make real strides toward the nonviolence he preached.

Spend the money on police training, on school safety, on gun education, on mental health services.

But don’t waste it in a misguided attempt to curb the violence.