Baseball Seniors reminisce on their time on the field 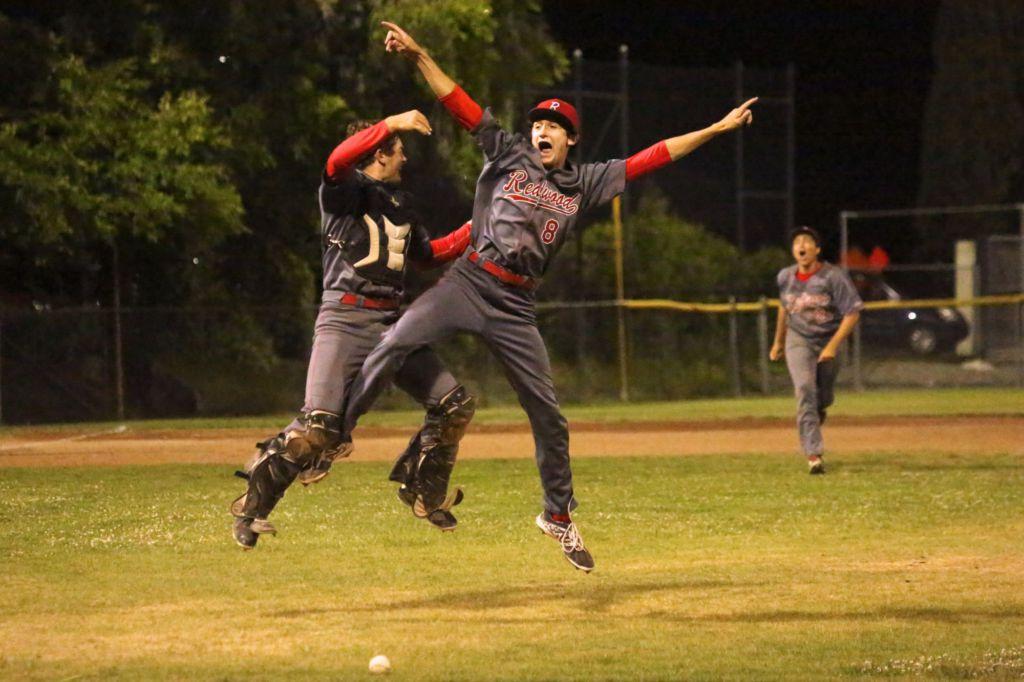 As senior night drew to a close at Moody Field on May 10, seniors Luke Zlatunich, Mackie Skall and Oliver Pearson packed up their equipment for the last game of the regular season. It had been a long four years, and it became more apparent than ever that the end of an era was approaching.

Skall and Zlatunich first met when they were 10 years old playing travel ball for California Lightning.

“He was really quiet; he came from Twin Cities. I was a Ross Valley kid, so I hated him,” Skall said. “He was a catcher, which annoyed me, and he was really good. He batted fourth, and I batted fifth. He started to pitch, and I caught him, and we started to get closer.”

Although Skall did not have a good first impression of Zlatunich, the feeling was not mutual. Zlatunich reflects warmly on his first experience with his teammates.

“I had never met any of these kids before, and I was a shy kid, so it was a whole new experience for me. When I first got there, I thought, ‘Dang, I’m gonna like these kids. These kids are super nice; they’re super fun to hang out with,’”  Zlatunich said. “I didn’t get the chance to know them very well until our later years of playing, in seventh and eighth grade, and then high school, which is when we all became friends.”

For Skall and Zlatunich, their varsity career began sophomore year when they were called up to play.

“I was a very unprepared sophomore who pretty much thought my season was over. I had almost called it quits, when the varsity coach came to practice and said ‘Dane, Luke, Mackie, you’re all coming up to varsity,’ and I thought ‘Well, at least Dane’s here,’” Skall said.

When Skall was called up to varsity, Zlatunich was thrilled for his longtime friend and teammate to have such an opportunity. However, Zlatunich’s own promotion came as a welcome surprise.

“I thought Mackie was the only one getting called up,” Zlatunich said. “But then, Mike told me, and I was so excited. Sophomore year wasn’t a great year, it was average, but then I got called up and I was super stoked.”

However, Pearson didn’t join the varsity team until his junior year, much to his dismay.

“I should have been moved up as a sophomore,” Pearson said. “I was the three hitter on JV, I lead the nation in strikeouts as a pitcher, yet I wasn’t called up. I tried out my junior year, and I made it as a starting pitcher.”

Over their next years on the varsity squad, the boys became closer with every practice, learning from each other and growing as both players and people. The life lessons that Zlatunich’s team and coaches have taught him over the last four years are what have stuck with him the most.

“It’s cleaning your shoes before every game, washing your own uniform, taking things into your own hands and not letting your mom do it. From first day freshman year, our coach said that our moms are not allowed to wash our uniforms,” Zlatunich said. “I’m going to be honest, I’ve strayed from that. My mom washes most of my clothes, but I wash my uniform at least five percent of the time. It’s the life lessons and the generalized things that he tells you, and you don’t really realize how important it is until later.”

It was clear that for all three players one of the main reasons they were on the field every day was for each other.

“I don’t like doing it, but I’ll miss cleaning the field. We’re taking care of the yard, and we’re talking. That’s fun,” Skall said. “When you get to the dugout, everyone’s relaxed, we’re playing baseball, we’re having fun. Those are my guys, I play for those kids. I don’t know how to describe it, it’s just a great feeling knowing that we’re playing the game we loved since we were five.”

Pearson’s teammates were his motivation during the games as well.

All three of the graduating seniors plan on playing club-level baseball in college, with Zlatunich and Pearson looking to play at Cal Poly and University of Washington, respectively, and Skall planning on walking on at University of Southern California. Despite their anticipations of continuing to play in college, nothing will be like the Redwood baseball experience.

“Redwood baseball has been a rollercoaster. There’s no other way to describe it, it’s just f***ing awesome,” Skall said.