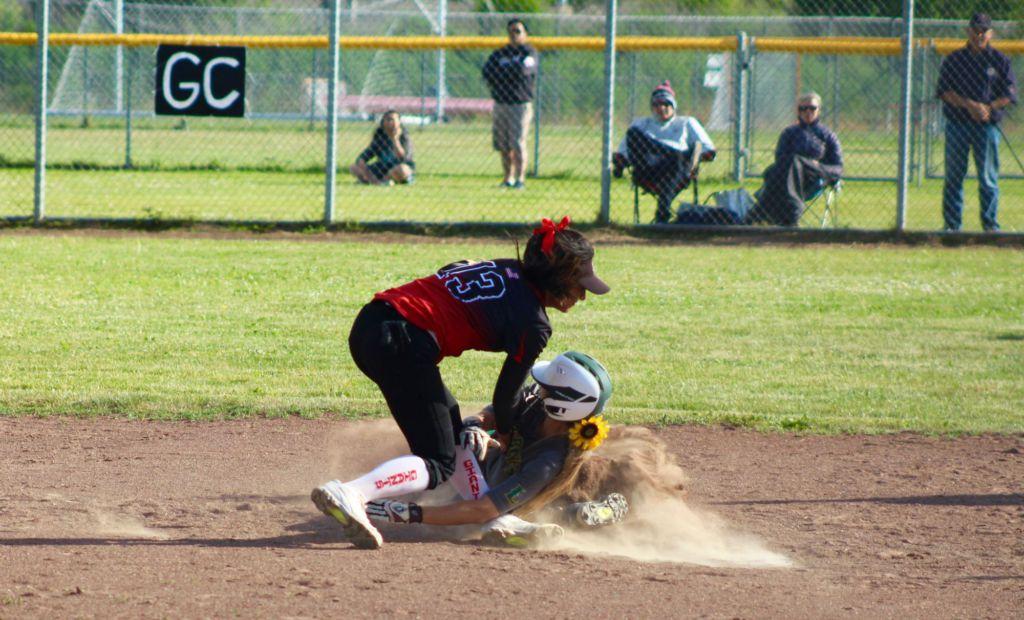 On May 22, the girls’ varsity softball team faced off against Livermore in the opening round of North Coast Section playoffs (NCS). In a battle between the eighth and ninth seeds, Redwood (eighth) came out strong, gaining a 1-0 lead in the first inning, yet, Livermore came storming back to make the final score 5-2, marking the end of the Giants’ softball season.

Coming into the game, the Giants’ overall league record was 11-5, fresh off a Marin County Athletic League (MCAL) final loss to San Marin. Despite the loss, the girls’ spirits remained high, buoyed by prior wins against Marin Catholic and Justin Siena.

For coach Emily Atkinson this game was especially significant for two major reasons, as it was potentially the end of the year and also the final game for seven graduating seniors. Atkinson claims that this year’s seniors, due to their leadership and on-field capabilities, were a large contributing factor to Redwood’s success in making it all the way to the MCAL championship.

“[The seniors] never gave up. We lost a couple games here and there, and they never let that defeat them or define them and it worked. It led them all the way to a championship game,” Atkinson said.

With this spirit in mind, the Giants came out with a bold start on Tuesday night. Redwood’s starting pitcher, senior Morgan Baker-Celis, set a confident tone for the Giants by striking out Livermore’s first three batters. In the bottom half of the first inning, Redwood led with a walk by senior catcher Mandy Weitenhagen, who proceeded to steal second and was driven in by Baker-Celis two batters later.

For the next four innings, the game stood at 1-0, and the game became an intense pitching duel between Baker-Celis and Livermore’s starter, junior Melanie Laronde. At the top of the fifth, the Giants defense began spiraling downward. Four hits, two errors and one walk later, Redwood faced a 5-1 deficit entering the bottom of the fifth inning.

Despite a one-run home run by Weitenhagen in the fifth, Redwood’s offense failed to overcome their defensive woes and the score was finalized at 5-2.

Atkinson knew that Redwood would have to play to their strengths in order to beat a competitive Livermore team, and believed that the defensive lapse in the fifth inning cost the Giants the game.

“Our defense keeps us in game. Our pitchers are outstanding and they always do great,” Atkinson said. “Unfortunately, we struggled for one inning with our defense and it ended up being the difference in the game.”

Regardless of the loss, Baker-Celis said she still believes in her team’s abilities and won’t let Tuesday’s game alter that.