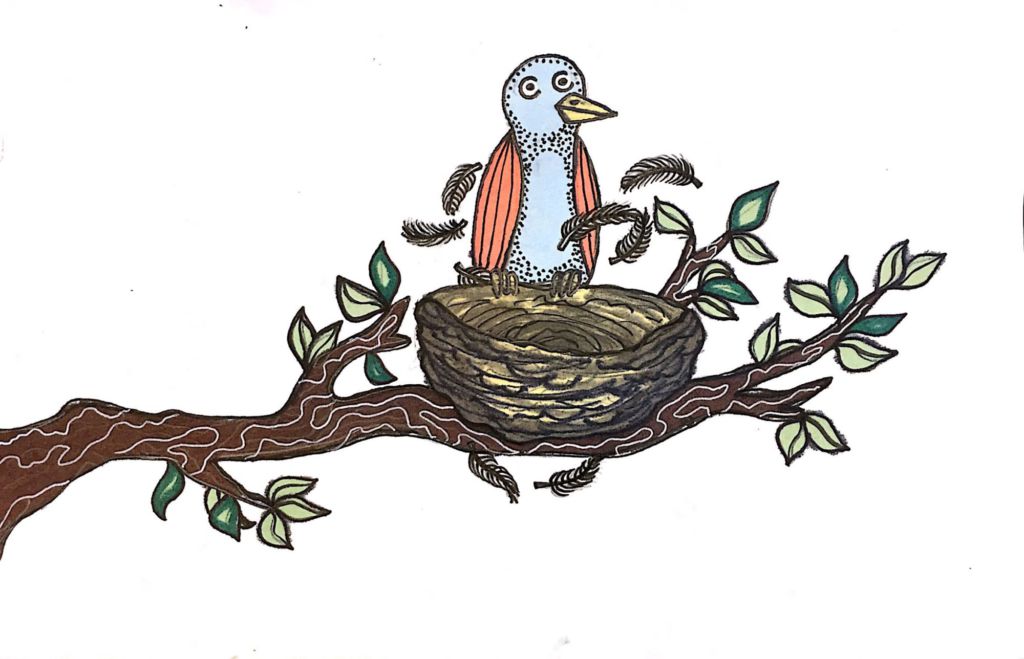 As seniors prepare to graduate this spring, many are also anticipating the beginning of a new life after they leave home for college or take a gap year. While they face the excitement and apprehension of perhaps moving to somewhere new and navigating life as independent adults, their parents also prepare to start a new life: one without kids living in the house.

Though sending a child off to college can always be an emotional and challenging experience, this transition may be especially tough when the graduating senior is the youngest of several kids to leave the house or an only child. Similarly, if the senior is a twin who will be graduating with a sibling at the same time, they too will all of a sudden be leaving behind an empty home. When parents experience sorrow from their children’s departure, it is known as empty nest syndrome.

According to Psychology Today, empty nest syndrome is described as “sadness or emotional distress affecting parents whose children have grown up and left home.” It is not a clinical diagnosis, but a period of transition where parents, especially mothers, may experience loneliness or loss.

In a recent Bark survey, 57 percent of seniors self-reported that when they leave after graduation, they will be the last child in their family to do so, either because they are the youngest, a twin or an only child. The Bark interviewed seniors who fit these three categories to examine the impact of an empty nest on themselves and their mothers.

The Last of the Brood

In the Bark survey, 33 percent of seniors self-reported that they are the youngest child in the family. Senior Izzi Tallerico is one of them. The Tallericos are a family of five; two kids have already left home and Izzi will be the last one to say goodbye. She will attend Southern Methodist University in Dallas, Texas in the fall.

For their mom, Lynn Tallerico, the kids leaving for college has been a slow and steady process. Although she is increasingly aware of the fact that her house will indeed become an empty nest in a few months, she is still grateful for her business which keeps busy and distracted from her kids’ absence.

“I’m lucky enough to be working a lot, so that will be good. [Izzi leaving] might be really hard if I weren’t. It will be quiet… I don’t know what to expect exactly,” Lynn said.

According to Lynn, after so many years focused on raising children, it’s difficult to mentally prepare for their departure.

“The minute you have a baby it’s no longer about you. Moms are so focused on the kids that you don’t even think about how things are for you. I didn’t really think about the lead up,” Lynn said.

Both Izzi and Lynn said that one of the things they’ll miss most is having dinner together.

“I think my mom might be a little more sad because she works from home and my dad doesn’t get home until later. I come home after school and [my mom and I] hang out and then once my dad gets home we’ll have dinner, so my mom won’t have anyone to talk to until my dad gets home,” Izzi said.

According to the Bark survey, 61 percent of students who have a sibling graduating this year self-reported that they think the dynamic at home will be significantly different once their older sibling leaves. Lynn predicts that Izzi’s absence will alter the feel at home, just as it did when Izzi’s two older siblings left, one after the other.

“It feels like the dynamic of a family changes if one person is missing. [Izzi is] just so awesome… I will definitely miss her. I’ll miss her just being in the house,” Lynn said.

While Lynn knows that the transition into a life without any kids living at home may be tough, she is excited to see them grow and be independent.

“You are happy for them to go because you are so concerned for their well-being and their happiness that you kind of put yourself second. I know I’ll be fine… it is all about them and their journey forward. You just hope they end up happy and successful and fulfilled,” Lynn said.

Seniors Kobe and Ryan Pole will also be heading to college this fall, with Kobe attending Colorado State University and Ryan attending University of Oregon. Their parents, Cheryl and Sven, anticipate the sudden transition of having two children living in the house to none at all. Unlike a family whose children gradually leave for college, adjusting to the graduation of twins is different.

According to Cheryl, the unique challenge of raising twins is that, unlike others who can figure out parenting on their first child before moving on to the next, she had to do both at the same time.

“I think it’s like everything with twins, you learn as you go along. I look back now on this whole college process and think things that I would have done with the next kid but there’s not a next kid,” Cheryl said. “You do the best you can. For somebody who has had two or three kids, they realize not to sweat the small stuff. For me, having two at the same time, it’s like having your first and second kid all at once.”

Cheryl expects that the absence of the constant buzz of having the twins at home will be the most noticeable difference.

“I think that [Kobe and Ryan’s] presence, something constantly going on, someone going here, there, that is going to be the biggest change where all of a sudden it’s just silent. A physical silence and a mental silence,” Cheryl said.

Kobe worries about how moving out at the same time as his brother will affect his mom in particular, given that for the last 18 years, the two boys have been her main focus.

“I think having a really big part of her life just drop out one day will be a weird experience for her, but at the same time I think it will be kind of good for her because it allows her to do her own thing,” Kobe said.

According to Cheryl, the twins graduating will provide her with more freedom. Spontaneous travel and “a second honeymoon” are now on the table as there will be less structure and routine in her and her husband’s lives.

While that sort of independence might be liberating for a parent like Cheryl, the adjustment is also melancholy. According to Kobe and Ryan, the family goes on regular skiing trips to Tahoe, which will be something they will miss once the twins go to college.

Ryan hopes that his relationship with his parents doesn’t change once he and Kobe graduate.

“We won’t talk as much [once we graduate], which will be different. I mean, living with them, you talk everyday, but when I’m separate from them I feel like I’m going to miss that,” Ryan said.

Nevertheless, Cheryl knows that now is the time for her sons to take the next steps in their lives, and even though it will take time to adjust to a slightly emptier home, she wouldn’t have it any other way.

“I’m excited. I think it is kind of a launching pad for everybody. I’m sure there are going to be moments where you’re a little teary-eyed and you’re sad while they are moving on beyond this childhood stage,” Cheryl said. “But the flipside is you get a big part

of your life back, your independence back, but you also have all these memories to carry with you. [Raising kids] was an amazing time in [my] life, so this is just the next phase.”

As an only child, senior Jaclyn Lando, who will be attending University of Oregon this fall, has a very close relationship with her parents. While she says she is ready to move out and start her new life, she is also afraid to leave her home and parents behind, having lived in Marin her whole life.

Though Jaclyn has a tight-knit relationship with both her parents, she believes that seeing her leave will be especially hard for her mom, Ali, whom she spends a lot of time with.

“I think [my mom] is really excited but also really sad to see me leave because for the past 17 years she’s had me. My mom and I are the closest,” Jaclyn said.

According to Ali, she is eager for Jaclyn to experience college because of positive memories from her own college years. However, she predicts that Jaclyn’s absence will be extremely difficult to cope with.

“I know that there is going to be a huge hole in my life without Jaclyn here. I have no idea what to expect. I know it is going to be hard… I can’t imagine what my life will be like without her living here with me,” Ali said.

Since Jaclyn is an only child, Ali thinks the change will be especially painful because she does not have other children to help make Jaclyn’s absence feel less pronounced.

According to Jaclyn, in addition to her parents’ advice and home-cooked meals, another aspect of home that she will miss is her personal space.

“[What I’ll miss about home] is my room. The dorms are really small and I’m going to have to share a bathroom in college and I’m not used to sharing anything. I’m going to miss having my own space,” Jaclyn said.

Ali believes that what she’ll miss most is seeing Jaclyn everyday and planning dinner with her due to their common love of cooking. She says she is grateful for such a special bond with her only daughter.

“I’m blessed to have a wonderful relationship with my daughter and I’m not going to be a parent that is relieved to see her go off to college. I’m excited for her, but I feel blessed everyday that she is here,” Ali said.