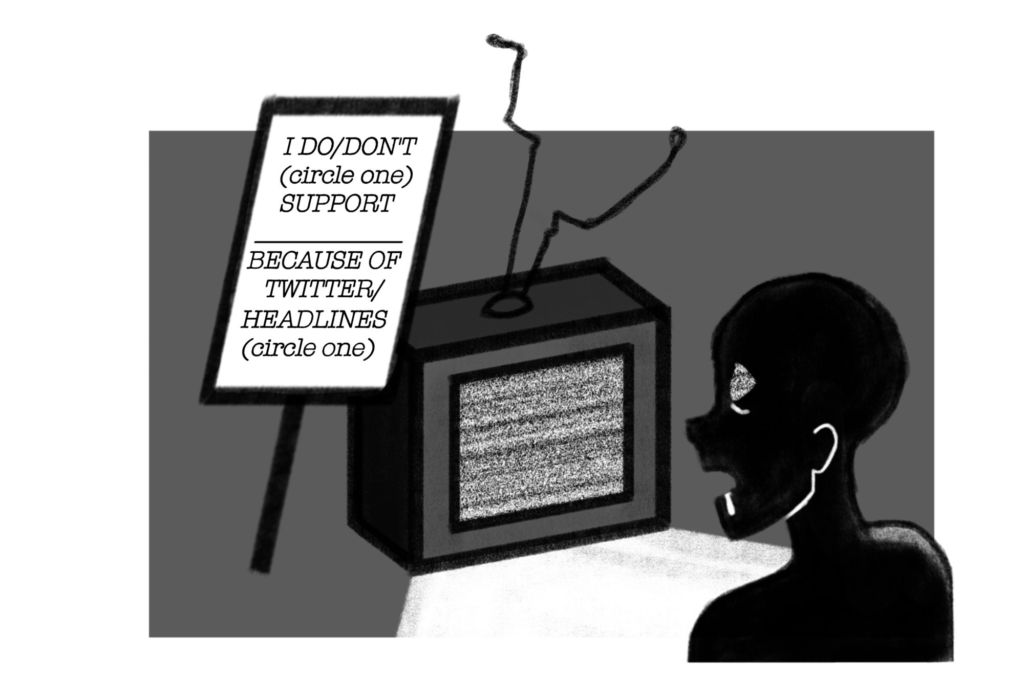 With Trump in office and international affairs heating up, staying on top of both domestic and international news is essential to become an increasingly informed individual. But the sad reality is that many teenagers often live in their own head; what isn’t going to infringe upon their day-to-day lives doesn’t matter to many of them. Yet that doesn’t stop them from taking an ill-informed, stubborn stance on the headlines they see on the newspapers they don’t even pick up. Though this doesn’t represent all teenagers, it seems to be a larger population of us than we should be comfortable with.

With nearly 500 students of the senior class being sent all over the world for college, we can no longer piggy-back on the politics of our parents. All educated opinions hold value and should be heard out. Some people, however, don’t make the effort to form an educated opinion, yet still choose to talk over those who have done their due diligence. The criteria for an educated opinion are as follows:

Read multiple articles on the subject, not just the headlines.
If the topic is complex, try to understand the politics, situation or history surrounding the topic.
Refrain from yelling at those whose opinions don’t exactly match your own. Instead, listen and learn in order to help form a decision of your own.

Around the halls, I heard people talking about how terribly sad and unfair this was and how Trump made the wrong call regarding Syria. On the other hand,  I also heard people chant “U.S.A., U.S.A.” and boast about how other countries better know whose government they are messing with. But how many of these students actually understand the situation and have done the proper research to take a valid, strong stance on the issue? Turns out not many—at least here at Redwood.

If we don’t break out of this naive habit now, it runs the risk of taking hold and being able to influence how we make important political decisions in our future, including how we vote. For example, I wouldn’t be surprised to learn that Trump, the leader of the free world, was put in office by people who followed his Twitter, not the New York Times. Same goes for 2016 presidential candidate Hillary Clinton. She had the potential to make history as our first woman president, but her values and beliefs were outshone by the “Hillary For Prison” bumper stickers based off of no more than her email server and the overpowering presence of the Trump wall. Our uninformed choice sways with the winds of clickbait headlines if this lazy habit persists. However, the one thing lazier than failing to get informed on the happenings of the world is to decide that registering to vote isn’t worth the time.

The word “democracy” becomes meaningless if people don’t appreciate the privilege it gives them to vote.

No one is saying to write a 10,000-word research paper before you form an opinion. Just spend the 15-30 minutes it takes to become informed on an issue like the Syrian Civil War and the recent bombing. Opinions drive our country forward and open up difficult conversations. However, without being informed, opinions fuel useless fights, prove the ignorance of our people and are better left unheard for they do nothing but detract and destruct.