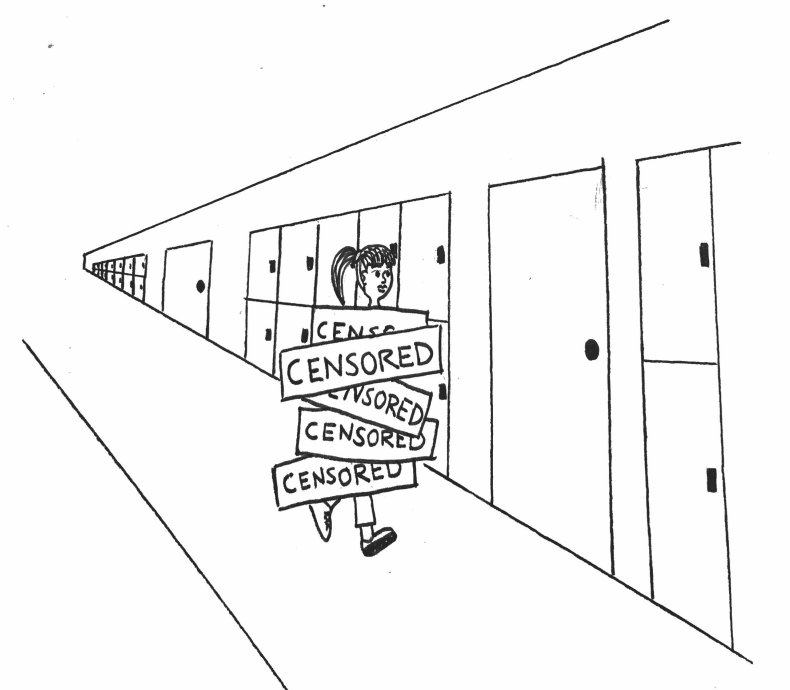 As an insecure middle school girl, I would glance down at my body in the mirror each morning as my eyes immediately gravitated to what felt like my endless number of flaws. I saw curves that weren’t there before and legs without the ever so popular “thigh gap.”

However, I chose to wear what was in style and what nearly every single one of my peers wore—leggings in the winter and “short shorts” during the warmer seasons. Oh, and let’s not forget the spaghetti-strapped tank tops that didn’t always cover my bright neon bra straps. My outfits were nothing too scandalous, and I can confidently say that my female friends and I weren’t dressing this way for the “wrong reasons,” whatever that means. Most of us were simply insecure and didn’t know what to make of this very natural transformation from a girl into a woman. And the last place we wanted to be reminded of these insecurities was in the halls of our middle school, in front of all our staring peers. Yet, during each of the six times that I was dress coded from the fifth to the eighth grade, I was bluntly reminded of what I so carefully tried to hide.

I didn’t really question the system at the time. I knew that there was this dress code that basically only affected girls. And I knew that it was humiliating to be dress coded, but that’s about it. Oh and I also was very aware of what teachers to avoid, although clearly I wasn’t always successful at that. But it wasn’t until one of my closest friends was dress coded a month ago at Redwood High School that I really became infuriated.

We live in a society where an 18-year-old woman is still being asked to change what she is wearing under the assumption that it is distracting and provocative to those around her. Someone’s style is a clear representation of them as an individual and no code, teacher or belief should strip someone of their own individuality. We’re teaching young girls to be ashamed of their bodies when we dress code them, and we’re even teaching women that their individuality comes at the cost of being a distraction to the men or women around them. According to wcnc.com, 94 percent of teenage girls have been body shamed. It’s an outdated way of thinking to condemn women for what they wear rather than condemning society’s reaction.

And it’s not just me who feels this frustration. In fact, according to a recent Bark survey, 63 percent of Redwood students self-reported that they think dress codes are unnecessary. So, if the majority of students don’t think that there should be dress codes and those are the same people that supposedly would get “distracted” without a dress code, then why do they still exist?

Some may argue that dress codes are more professional and school is supposedly preparing us for the workforce, and yes, I can understand that logic. But if that’s why school faculties are implementing dress codes, then what I’m wondering is why boys are never dress coded. I mean, I’ve seen plenty of boys in “bro” tanks or T-shirts that they cut the sleeves out of at Redwood and throughout middle school—and I don’t see them getting asked to change what they’re wearing in front of the entire class. Not to mention the provocative T-shirts with females on them or anything connected to the “Cookies” dispensary logo—sadly, they’re not asked to change their outfits either. In fact, according to a Bark survey, only eight percent of boys said they were dress coded in middle school, while 70 percent of girls said they were.

We’re in the middle of a movement for women’s rights and women everywhere are speaking up against their oppression. Our style and individuality is just one more thing that can’t be taken from us anymore. With the #MeToo movement, our paradigm is shifting. We’re finally blaming the men for behaving inappropriately instead of blaming women for dressing inappropriately. Schools must notice this societal shift as well and that starts with removing their unfair and humiliating dress codes. It’s those very dress codes that cause the body shaming and the sexist ideals to develop. So, to all you girls out there, wear what you want and don’t let anyone tell you it’s distracting or unprofessional until they tell those boys to quit cutting their T-shirt sleeves.