‘Avengers: Infinity War’ lives up to the hype in new ways 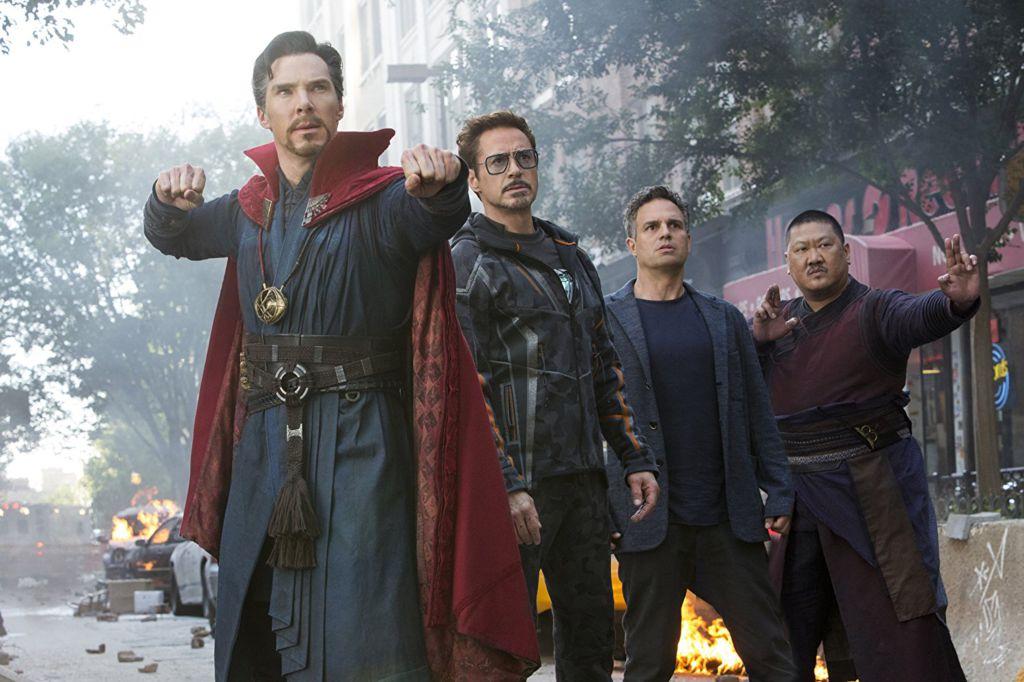 After 10 years of setting up the Marvel Cinematic Universe (MCU), “Avengers Infinity War” delivers a different story compared to past MCU movies and finally puts together a significant culmination of heroes that create this world. The movie immediately starts off by setting up the foreboding tone that pervades the entire film. The tone is conveyed visually from the get-go with Thanos (Josh Brolin) walking over the dead bodies of Asgardians, while simultaneously being built up by a daunting thematic soundtrack. There is an immediate sense that Thanos is an actual threat and will most likely cause tragedy to the heroes. The movie finally brings almost all the characters Marvel has built up with previous films against a daunting foe that is years in the making.

The beginning of the movie displays Thanos saying, “In time, you will understand what it’s like to lose. To feel so desperately that you are right but fail all the same. Dread it. Run from it. Destiny still arrives.” These lines are then quickly followed by Thanos imposing his might onto Thor (Chris Hemsworth) and the Hulk (Mark Ruffalo). Typically these types of lines are delivered in the beginning of movies to some characters that won’t appear again. Although here, there is a clear difference being directed towards the two Avengers. With two of the strongest Avengers taken care of in the first 10 minutes of the film, Thanos’s presence in the film is accentuated as a villain to a higher degree. After all the hype built up about Thanos throughout the previous films, the film definitely delivers a worthy antagonist.

While past Avengers movies and even the MCU solo movies have always focused on a hero’s background and their struggles throughout the film, this movie does not. Although the movie is a superhero film, the central figure is Thanos himself. For years Thanos has made cameos at certain points within some of the MCU movies, but hasn’t officially been explained and presented. Thanos’ character is unraveled throughout the film in order to explore his emotional motivations behind the madness. Unlike many superhero movies where the villain’s backstory is only introduced for five minutes at some point in the film, Thanos’s story is constantly unfolding and looked into.

Though Thanos is ruthless and will do anything for his personal mission, he does have some resemblance of compassion in his own twisted way. It was refreshing to see a villian with a fleshed out story that resembles his reasons for destruction and death. There isn’t any way that I could say his actions are justified, but rather that he is a being that has some real gravity to his existence and isn’t just a character for the purpose of destroying.  Although I couldn’t relate to Thanos because of his extreme methods, I had a clear understanding of the reasons for his actions.

While there are over 10 superheroes present in the film, the movie does a great job at making sure the characters are each acting as if they are in their own movie. The characters don’t feel mixed up, as each retains their distinct qualities from the previous films.

An example would be the first sequence of scenes with Thor and the Guardians of the Galaxy. This is the first time an Avenger has had contact with the Guardians. Despite the darker tone exuded at the beginning Thor scenes, he still has the type of humor present in “Thor: Ragnarok.” The Guardians, whose two previous movies utilize oddball childish humor, also remains as a key reminder of their own style. For instance, Peter Quill (Chris Pratt) impersonates Thor by deepening his voice to sound more masculine due to his crew’s comments about Thor’s physique compared to his own.

Aside from the acting and screenplay the movie was visually very clean cut. The action scenes are all quite smooth and any shaky cam is used for the first-person view to add a more direct effect. The battle in Wakanda, the home nation of King T’Challa/Black Panther (Chadwick Boseman), at the end of the movie exemplifies multiple scenes of a shaky cam. When the battle initially starts, the shaky cam shows how frantic the fight is and how vicious the enemy truly is. The CGI on spaceships, planets, people or action scenes are also very well done. There isn’t anything blatantly wrong with how the settings are created. The CGI may be all fictional but areas seem plausible so you don’t question the designs.

The movie isn’t perfect by any means and does have aspects that may bother some viewers. Although Thanos’s viewpoint is a main focus, there are four storylines going on that simultaneously revolve around him. All of these separate storylines tie into Thanos, but they run independently of each other until joining up at the end. The four different angles may throw off a viewer when the scene shifts from one storyline to another. I, personally, did not find that distracting, but it is something to consider if linearity is appreciated.

There were also smaller logical aspects that seem to have just been forgotten. The existence of humans needing oxygen is ignored, such as the human characters Iron Man (Robert Downey Jr.), Spiderman (Tom Holland) and Doctor Strange (Benedict Cumberbatch). At some points, characters will be talking at a normal volume across long distances but won’t be shown with any possibility of an earpiece. These are just one of those “how are they doing that” moments when watching, but you’ll be too focused on the bigger aspects of the film to really care. Additionally,  the characters are from many of the previous MCU films, so understanding and identifying the characters may be confusing for new viewers.

Personally, I enjoyed the movie and would recommend anyone to at least check it out. I watched the movie twice and I felt the same both times. I thought that the culmination of characters combining into one movie after all this time was very nostalgic. At least for me, to see characters that I’ve watched finally coming together, was fantastic. The movie was very effective at delivering epic moments. The continuation of recognizable humor was used more effectively than previous MCU movies and which made scenes more memorable. There were definitely two moments that I felt were complete plot armor actions, such that certain characters were protected by directive choices than story reasons for setting up later movies. However, I won’t elaborate because no one wants spoilers.

The movie may have its miscellaneous issues running throughout and it isn’t anything groundbreaking, but it definitely delivers the multiple stories of the heroes that have been built up successfully. The threat of Thanos appears to be very real and changes the tone for the rest of the MCU movies to come, as we follow how these heroes will defeat such a menace.