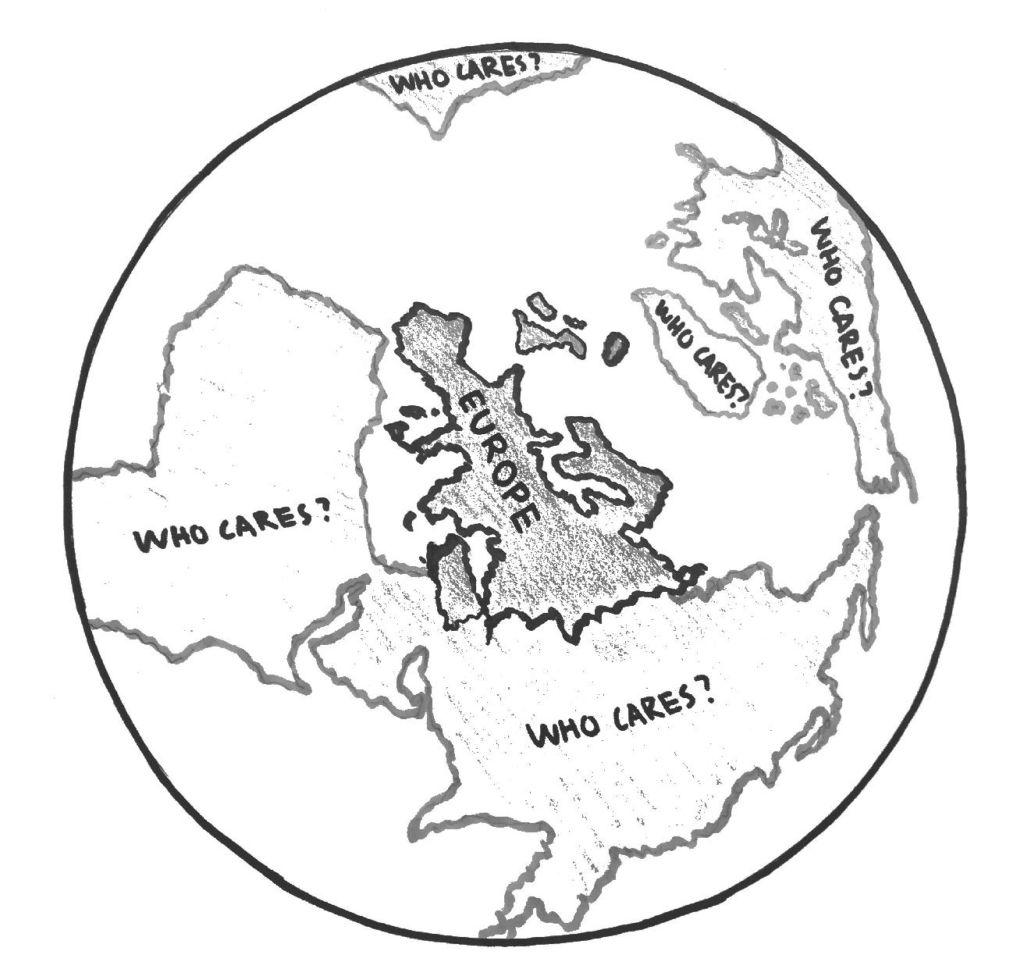 World History is a course taught to hundreds of sophomore students every year, however the course is not as worldly as its name indicates, as it primarily showcases the history of Europe.  One does not have to look any further than the index of the World History textbook adopted by the Tamalpais Union High School District to find more combined pages on European art than on Africa. It seems almost every page in the textbook, “Modern World History,”, published by Holt McDougal, has a European angle or exhibits White accomplishments. The course is biased and does not properly represent the history of the world.

Every other country that is studied in the World History course is tied back to Europe in some way. Whether it be about another country’s expansion, colonization or culture, Europe is never left out of the picture. Chinese culture expert and former Griffith University professor Colin Mackerras confirms this. “… [people] have the tendency to examine the histories of Asia and Africa through the prism of European expansion,” Mackerras said.  It is detrimental for students to see history through this narrow focus, because they can never gain a diverse understanding of history.

Corin Greenberg is a social studies teacher at Redwood who teaches both World History and AP European History to sophomore students.  She explained that AP European History is a course that mainly focuses on Western civilization. Greenberg recognizes that she spends a fair amount of time teaching the same western content to her World History students.

Greenberg came to a realization during our interview that all the content of this course is connected to Europe in some way. She then reached the conclusion that the textbook was very misleading.

“This textbook can be deceiving because there are a wide range of people on the front cover but you have to look past the the front cover to see that everything is very European-based,” Greenberg said.

Regarding the direction of the course, Greenberg wishes to see the course shine light on other continents around the globe, but thinks is heading in the right direction.

“I think year by year we will start to see more balance in this class,” Greenberg said.

One way that this course could gain that balance is through changing the amount of time spent on non-European countries.  Usually, a unit in World History lasts about 2 to 4 weeks. In that amount of time, it is hard to get past the historical surface of that country or culture.  Greenberg proposes that Redwood keeps the same content it uses but spend a little longer on each topic. That way, one can gain a deeper understanding of a country’s history and not just the European aspect of it.

The content of the current World History course does not fully cover the world and views history through a European lens. It is apparent that World History as taught at Redwood is definitely not living up to its name.