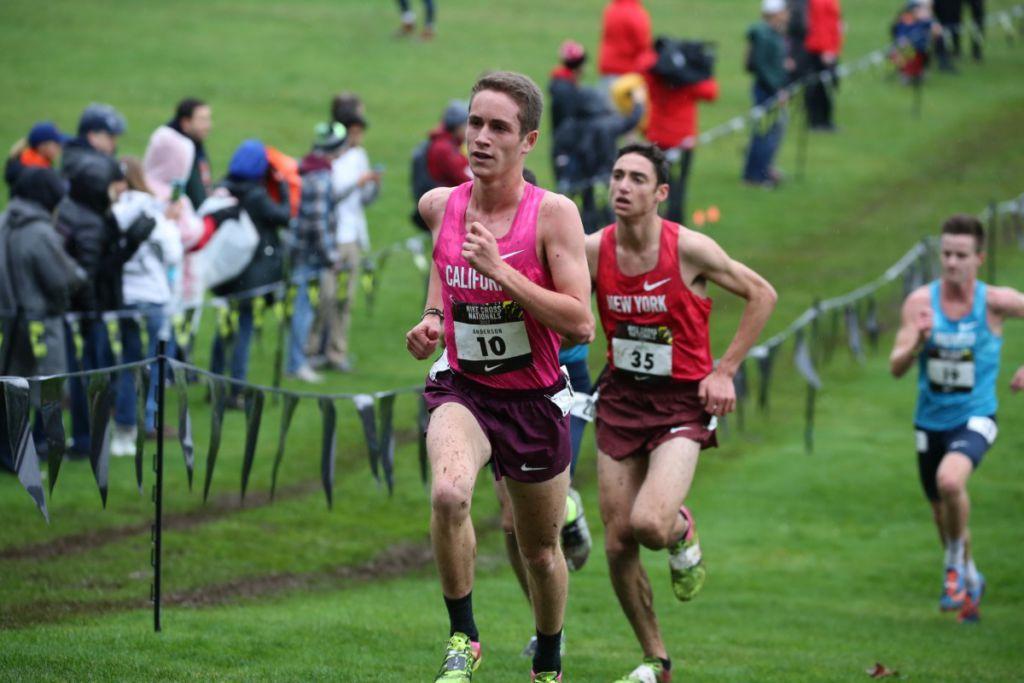 Running at the Nike Cross Nationals at the Glendoveer Golf Course in Portland, Oregon, Anderson finished a time of 15:07.6 and placed third in the country.

Junior Liam Anderson was named the Gatorade California Boys Cross Country Runner of the Year on Feb. 12 due to his outstanding accomplishments as a runner and academic achievements.
The nominees were composed of students who were state winners in their respective division. According to Gatorade, students of each gender are selected from different sports that include cross country, basketball, soccer, football, track and field, volleyball and softball each year. Nominations are based on “athletic excellence, academic achievements and exemplary character.” Anderson has developed time management skills enabling him to be successful.
“You learn how to balance everything. You have to be really efficient using your time and not procrastinate. You have got to just put your head down and get stuff done sometimes,” Anderson said.
However, high school did not mark the beginning of Anderson’s running pursuit. Anderson has been running cross country and track since he was in fifth grade at Hall Middle School. Once a week, the Hall Cougar’s physical education class would jog out to the Piper Park path and run a mile. When Anderson reached the finish line first in 4:57 minutes, it was clear to him that running would play a big role in his future.
During races, Anderson not only reflects upon himself but also the effort he has put into his sport.
“I like to think about how much work I have put into this and how much it means to me and I use that to kind of muster my last bit of energy,” Anderson said.
Since his freshman year, Anderson has been a crucial member of Redwood’s track and field and cross country teams. This school year he won the California Interscholastic Federation (CIF) state, division three, cross country title with a time of 15:10.3 and placed third in the country with a time of 15:07.6 at Nike Cross Nationals, an unofficial national championship race for high schoolers across the U.S.
Since the Gatorade Player of the Year program was first established in 1985, it has been considered to be one of the most highly reputable awards for high school athletes. Winners choose a nonprofit organization to receive $1,000 in donations, requiring that the organization is involved in working with children. Anderson chose to donate the money to an organization called Trips for Kids Marin. According to Anderson this will allow the next generation to fully enjoy the benefits of sports.
“It’s a non-profit organization in San Rafael which gives underprivileged kids the opportunity to go on bike rides and other day trips. I chose this because it was important to me that the organization is local,” Anderson said.
After being nominated the boys’ cross country Gatorade runner, Anderson had confidence he would claim the title.
“I was excited. I had a pretty good feeling I was going to get the award after I was nominated. They sent a backpack full of cool things. It was pretty fun to receive that,”Anderson said.
According to a Gatorade press release, Anderson is also the first Redwood High School student to be selected for this award. Anderson is a model for student athletes. Last semester he maintained a 4.8 GPA while participating as a member of the Marin County Search and Rescue team. Anderson is also a certified Wilderness First Responder. He is currently in communication with a handful of different universities and hopes to continue his running career in college.
“I’m honored to have received such a prestigious award and I am grateful for the opportunity Gatorade has given me to donate to charity,” Anderson said.
As Anderson’s running career has evolved, his support system has been an important part of his life. Parents, friends and his girlfriend, senior Gillian Wagner, have contributed to the success Anderson has achieved so far at Redwood. He is one of two captains of the track and field and cross country teams and is considered an essential team player according to Wagner.
“Liam leads by example being as good as he is. If you follow what he does you can expect something good to come out of it,” Wagner said.