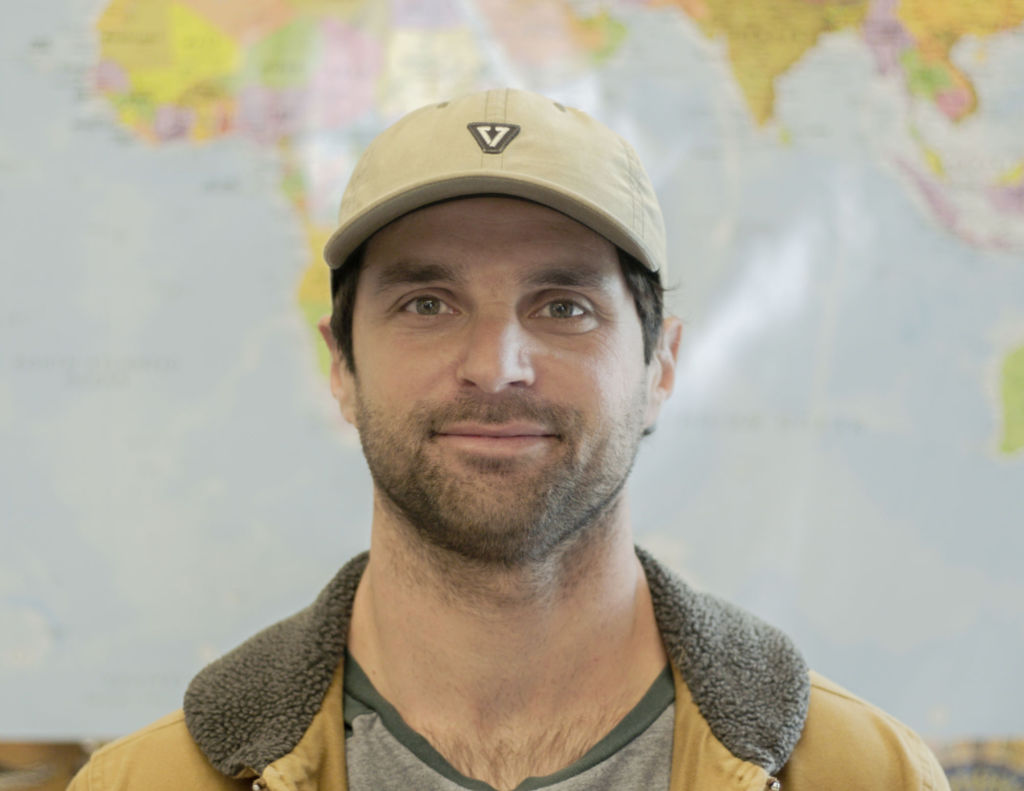 Photography students listen intently as 29-year-old Perry Gershkow describes his experience in traveling around the nation pursuing his interests as a professional photographer and filmmaker. He shows the students work that he has done in the past by presenting his portfolio as an example for students to learn from. The slow motion shots on the screen line up with the crisp, cold sound of waves breaking. Since 2015, Gershkow has been speaking to intermediate and advanced photography classes at Redwood.

Gershkow grew up in Kentfield and graduated from Redwood in 2007. Susanne Maxwell, who teaches AP Photo, Honors Photo 3-4, Photo 1-2 and AP Art History, taught Gershkow when he was a sophomore. Her former student now lectures a few times a year to discuss his interest in photography and how to be successful in the field.

“When the kids started saying that they wanted to do more with film, I said yeah, let’s bring in Perry,” Maxwell said.

Now living in San Francisco, Gershkow does photo shoots and commercials for large companies such as Volvo, Levi’s and Nike. He is the founder of TreeHouse Visual, a production company that takes individual stories and shapes them into short films. His latest film, Just for Kicks, follows six surfers as they travel the world, a project that took him on adventures from Mexico to South Africa.

“It’s a win-win. He gets to see the world and at the same time do what he loves: making films,” Maxwell said.

Hoping to inspire her students, Maxwell arranged Gershkow’s speaking series, believing he would be a perfect example of a creative photographer for the students. Having Gershkow is a special opportunity for the photography students because they get to hear from a photographer and videographer who’s been successful in the industry.

“I’m always stoked to get kids excited to film. I was given so much during high school, so I enjoy giving back,” Gershkow said.

As a high school student he was unsure about his future plans, but pursued his passion with photography and film making as a hobby.

“When I was [a teenager], I didn’t really know what I wanted to do, so it’s cool to give people some direction,” Gershkow said.

Growing up in Marin, Gershkow was influenced by the beautiful scenery. Surrounded by the rolling hills of the Headlands and the cold waves breaking along the coastline, Gershkow began filming.

“I started filming my buddies skating around and surfing, and just making little skits. I was filming anything that looked fun and interesting to me,” Gershkow said.

“He’s very easy to talk to and understand, and when we need help he’s easy to work with,” Bertaud said.

The photo classes work on different projects throughout the year, from working with pinhole cameras to working with the art of cinematography.

“Right now the encouragement was to find a cause in which they can expose or explore, and find ways in which they can communicate their message,” Maxwell said. “We want [students] to have a voice. That’s what filmmaking and photography do.”

Gershkow enjoys coming back to Redwood to help students and hopes to make his visits more regular.

“I feel that in filmmaking and photography, you have these mentors that help you so much, so my ultimate goal is to get the students started and then to be able to come back throughout the year to help them and check in,” Gershkow said.