Make the student in ‘student-athlete’ the priority 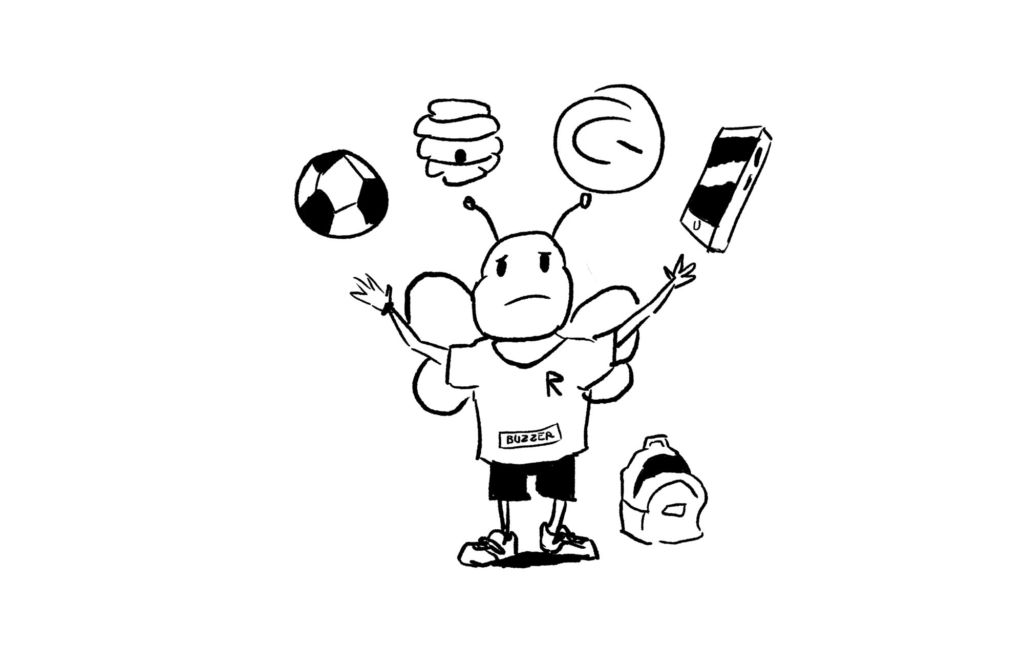 My sophomore year, physical education (P.E.) started off with the dreaded, even hated, swim unit. In this unit students learn how to dive, side stroke, swim with their head up, float, tread water and perform many other swimming skills. Although learning swim techniques at school would be considered a privilege for many kids, for an athlete who already practices water polo in the pool 10 hours a week, it feels more like a colossal waste of time.

On the day of my varsity water polo MCAL semi-final game, I spent the P.E. period treading water for five minutes and swimming two laps. Both of these are basic skills that water polo athletes learn right away to effectively play the sport. Instead of wasting a class period doing movements I already practice everyday after school, I could have been getting ahead or catching up on my schoolwork.

Student-athletes should be able to opt out of P.E. during their sport’s season. Some benefits that would come from this include, more sleep and more time to complete school work in an academic setting. As well, not having athletes participate in P.E. during their season reduces the chances of them getting injured.

On a regular Tuesday/Friday schedule, every period is 50 minutes long, giving students only about 20 minutes actually in the water, after subtracting changing and instructional time. These 50 minutes could be much better spent studying for a test or completing homework so that despite practice or games after school, athletes can maintain high grades and get the sleep needed for the upcoming day’s events.

The Education Code Section 51222 states that “all students in grades 7-10 must receive a minimum of 400 minutes of physical education instruction every 10 school days.” At Redwood High School, we get 470 minutes of physical education every 10 days of school. Sports team coaches and the athletic director, Jessica Peisch, should be able to count varsity and junior varsity practice time as P.E. instructional time that would fall under the needed 400 minutes. The average athlete gets an extra 1,200 minutes every 10 days on top of the already extra 70  minutes of P.E.

Many of the units taught in P.E. are important, including self-defense and nutrition, but there are days when students simply run around the track or have free time in the gym. If the teacher and the student are in agreement, then in-season athletes should be able to use P.E. class time as study hall.

There are 19 different sports played at Redwood. Most practice five days a week for two to three hours and have weekend games, tournaments or meets. To reduce academic stress and increase sleep, students who participate in Redwood athletics should have the option to opt out of P.E. while in-season. In a recent Bark survey, the majority of Redwood students are only getting seven hours of sleep on average and 32 percent get less than that. Doing homework during school time would help student-athletes go to sleep earlier—a benefit to their bodies and minds.

Sometimes students participate in potentially dangerous activities during P.E. that could take a player out for a season. According to CBS, ABC and TIME, a study conducted on hospital reports states that injuries in P.E. have increased by 150% between 1997 and 2007. Athletes should not be put at risk when it is avoidable.

The North Jersey newspaper reported in 2016 that Cresskill, a high school in Bergen County, New Jersey pilotted an experimental year for students who play sports to bypass gym class. The goal of this program was to reduce stress and help students balance time between school and sports. At Cresskill, the students were given their normal P.E. period to use to their advantage in study hall. One junior at Cresskill, Jill Fahy, was captain of the soccer team, held a position on student council, volunteered in Peer Resource and took three AP classes. With such a busy schedule, having a period to focus on her school work and study would be incredibly beneficial.

Similarly, Redwood has a very academic and extracurricular-oriented student body. Many students find themselves in similar positions as Fahy. Redwood can pilot a similar program that will assist students. According to a Bark survey, of  246 students, 24 percent don’t play a sport, but 70 percent do play a sport and would find study hall instead of P.E. during their season to be very beneficial too.

To avoid wasting time, if a student does not feel they have work that needs to be completed during the study hall time, then they could attend P.E. with the rest of the class. If the P.E. teacher felt that a particular day’s curriculum was important for the student-athlete, they could request the student stay in class that day. If, for example, the class was learning a new self defense skill that day, then the teacher could advise the student to stay, but leave the ultimate decision up to the student based off their workload.

Additionally, many Redwood sports teams have occasional early dismissal to get to their games or meets. Students miss material or tests and as a result, get behind. If they could use the P.E. study hall time as a chance to catch up or stay on-track they would be able to better manage their schoolwork.

There is a reason that the student comes first in student-athlete. Why waste the time of a gymnast with somersaults in the tumbling unit or a basketball player with 3-on-3 basketball games in the recreational sports unit? Why make in-season track and field athletes run laps on the morning of a track meet? As a school we should be doing whatever we can to help student-athletes stay current with academics with reduced stress and increased sleep so they can still perform in their activities.