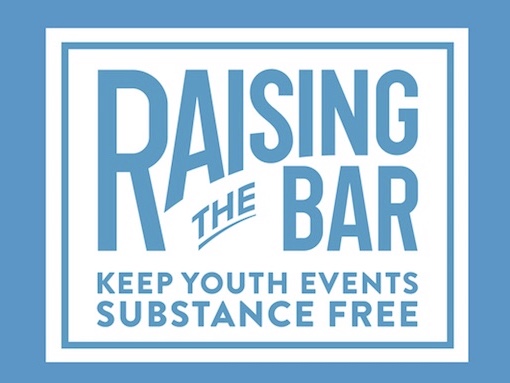 The blaring heat of the sun shines down upon the parents who intensely watch their children’s sports game from the stands. A parent decides to pass their time by purchasing a bottle of cold beer from the snack bar. One alcoholic beverage leads to the next, ultimately impairing the parent’s ability to function properly. It is in times like this, what was once an event about the kids, is really now about parent sobriety.

According to County Health Rankings and Roadmaps, which provides health-related rankings for each state, Marin County has an average overall drinking rate of 72.74 percent. The United States as a whole has an average alcohol consumption rate of 55.95 percent. This Drinking rate indicates the sum of the population in a particular area that consumes alcohol. In efforts to bring a gradual end to social norms surrounding the consumption of harmful substances, Raising the Bar, a substance use prevention campaign, is set to expand its influence around Marin County.

The program seeks to benefit the rising generation of young adults by targeting potential influencers of alcohol consumption as well as other harmful substances during the developmental stages of life. The primary influence that this campaign focuses on is parent modeling during youth events. Essentially, by witnessing their parents consume alcohol in a public setting, youth acquire the notion that drinking is okay, causing them to be more inclined to consume alcohol at an earlier age. According to the American Academy of Pediatrics, an increased exposure to the idea of alcohol is proven to increase the likelihood of youth alcohol consumption.

Substance use prevention coordinator for Marin County, Melissa Struzzo, advocates for the addressal of harms that pose a threat to the well-being of the community. She is also the coordinator for the Marin Prevention Network (MPN), a combination of various groups, coalitions and agencies with efforts in promoting laws, policies and norms around alcohol and other substances. Raising the Bar is one of MPN’s substance use prevention initiatives.

“This particular campaign is geared at helping parents recognize the importance of having substance-free events. [Parents] are a wonderful influence on the youth. If they are able to celebrate events that are focussing on youth without substances, it gives youth the opportunity to see that events can be celebrated without these types of substances, and can still be really enjoyable and fun. They don’t alway have to associate an event with substances,” Struzzo said.

Jasmine Gerraty, an intern who was hired during the developmental phase of the program, was eventually given the job to lead the campaign by the Marin Prevention Network when they saw the potential of the program. Starting from relatively nothing, Raising the Bar has grown immensely as a program in Marin County.

“There was a Word document that had a bulleted list of what [MPN] wanted in the program, but they didn’t have anything other than that. [Raising the Bar] started from nothing and has now just completely expanded,” Gerraty said.

So far, the campaign has reached out to three different youth organizations located throughout Marin to adopt their policies surrounding alcohol consumption. Since its creation in June of 2017, Raising the Bar has signed onto the West Marin Little League, Sleepy Hollow Swim Team and the San Anselmo Parks and Recreation. Breakers Soccer in Ross Valley as well as Mega Gymnastics in San Rafael are still in the process of signing on. As this is a fairly new campaign, there is much room for development as it extends its presence throughout a wide variety of youth-oriented organizations.

Primarily, representatives from Raising the Bar reach out to youth organizations and pitch their program through powerpoint presentations. These presentations are packed with informative statistics relating to substance use in Marin. For example, County Health Rankings and Roadmaps states that Marin is rated in the bottom ten percent for excessive drinking and impaired driving compared to other counties in California. This entails that Marin has severely high drinking rates that exceed the majority of California counties.

“The children’s [ages] correlate with the parents’ [alcohol dependency], so there is obviously a lot of parent and youth usage of substances. By targeting parents, we are starting to model healthier behaviors, which will hopefully change youth behavior later on,” Gerraty said.

A high alcohol consumption rate can be linked to a variety of factors, some of which are yet to be fully understood. In Marin County, which is ranked the number one healthiest county for the youth in the United States by U.S. News & World Report, there are many potential factors that attribute to the high rate of alcohol consumption.

“Drinking can be attributed to many different factors. Things like the social norms around drinking alcohol. There are also medians around being able to access it in some places. Here, it’s a wine country and there’s a culture around drinking in general, but it’s in place because of location as well,” Struzzo said.

According to the annual California Healthy Kids Survey, 62 percent of high school juniors and 35 percent of freshmen in Marin public schools have consumed alcohol in their lifetimes. At Redwood, where affluence does not necessarily prevent teenagers from acquiring alcohol, high consumption rates are a problem that should be faced. Programs like Raising the Bar have the ability to face these downfalls to alcohol and other substances with its preventative measures.

Since its startup, Raising the Bar has not gained much publicity except for occasional spoken word and a few advertisements with affiliated organizations. To gain further awareness, a series of multimedia-related advertisements will be released on various platforms accessible by the general public. Such platforms include newspaper articles, radio announcements and visual advertisements.

Continuing on its path to prevent a life impaired by alcohol consumption, Raising the Bar is a rapidly growing program. Although it is in its preliminary stages, there is still much more room for growth within this campaign.

“We’re not a prohibition group, but we want to make sure that [the community] is recreating [alcohol] without becoming addicts,” Gerraty said.