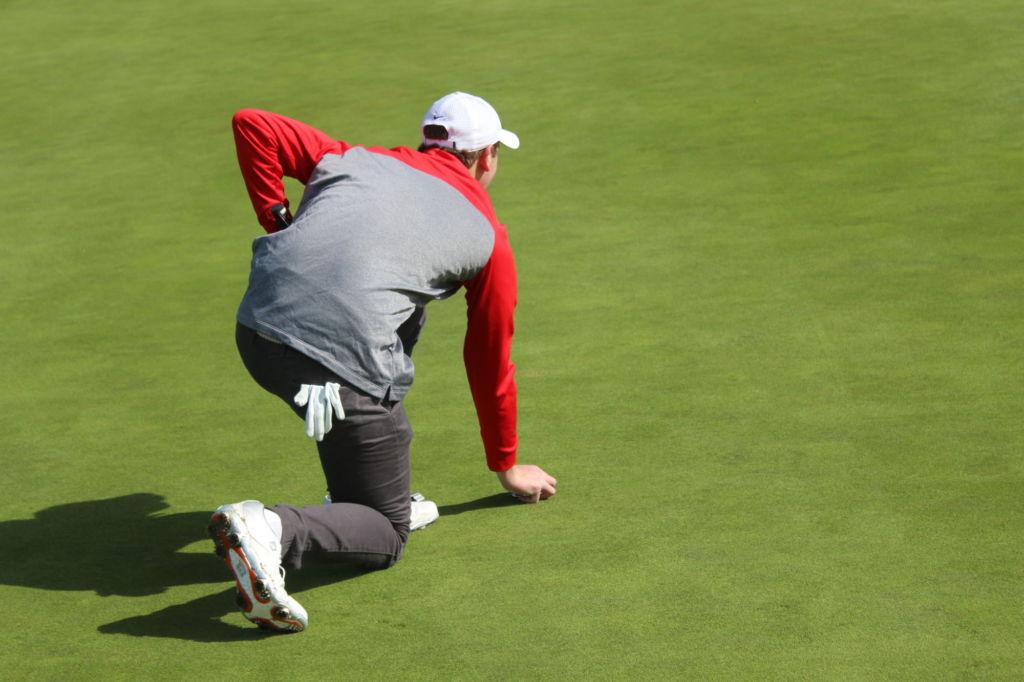 The weather conditions were exceptional as the Redwood boys’ golf team hosted 22 teams from around the Bay Area in a tournament at Meadow Club Golf Course in Fairfax on Monday, March 21.

Junior Anthony Alioto had a stellar performance as he shot a score of 74, only three shots over par. Sophomore Kaia Aldridge shot the second best of the Redwood team with a 77.

Prior to the start of the tournament, first-year coach Ryan Lloyd said he was confident that the team would be successful.

“It’s our home course. We’ve been playing there for about a month and a half now, so the kids know what to expect,” Lloyd said.

With teams from as far as Menlo Park coming to Meadow Club to compete, there were golfers who were experiencing this course for the first time. Solter said he was grateful to be able to practice at the golf course, as Golf Digest ranked it as the 28th best golf course in California.

“Obviously it’s a privilege to play there,” Solter said. “It’s awesome. I’m lucky because of the fact that I’m a member there and I get to go up whenever I want.”

Solter is the number one seed on the Redwood team and with an impressive handicap (a players average score over the par of the course), and has aspirations of playing golf at the collegiate level.

“My goal is definitely to play Division I golf in college. I’m currently in the process of sending out several emails to multiple colleges of my preference. To do that, I have been playing in a lot of tournaments outside of Redwood,” Solter said.

A notable moment in the tournament was on the 16th hole when Lauterman had to drop his ball 90 yards away from the hole after hitting his tee shot into the water. However, unphased, he hit his second shot perfectly which placed him five feet from the hole. Lauterman finished by putting the ball in to make par.

Lauterman, who is the number two seed on the team, said that golf has not only played a major role in his life, but has also created a special bond with his dad.

“I think it’s a really addictive sport and I just enjoy it so much. It’s something me and my dad do a lot,” Lauterman said.

Lauterman also shared some advice for people interested in trying out golf for the first time.

“Pick it up from early,” Lauterman said. “It’s just fun to be out there playing golf.”

As for Solter, he plays golf every day of the week and advises other to do so as well.