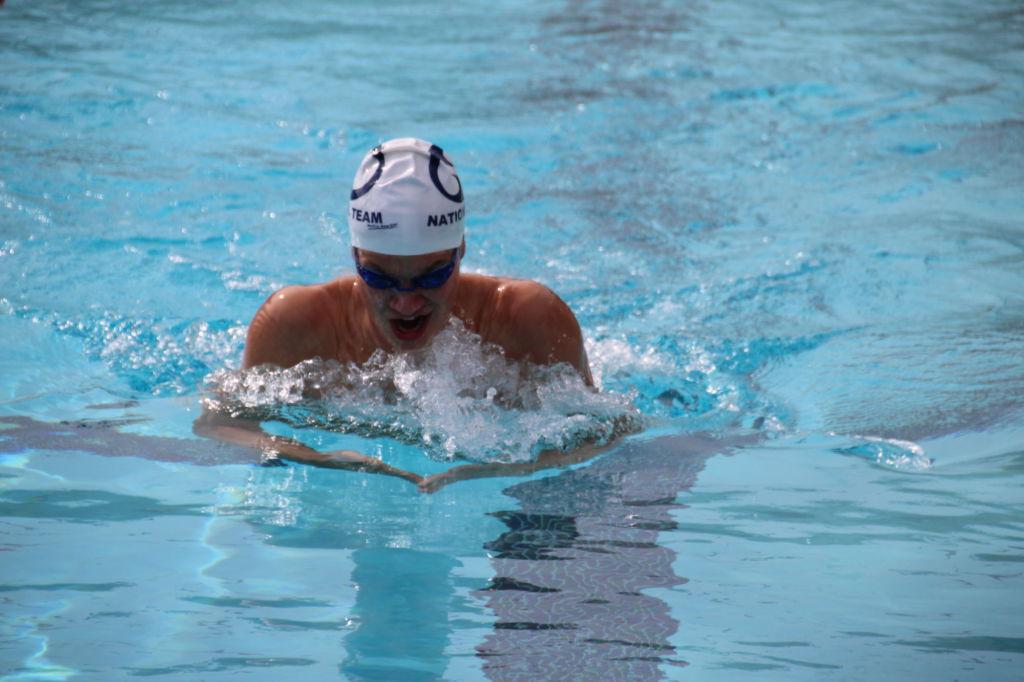 As a seven-year-old growing up in Khabarovsk, Russia, all Ivan Kurakin wanted to do was swim like his older brother. Every opportunity he had, Kurakin found a way to swim and to work on his craft. Eleven years later, Kurakin continues to push his body to its limits.

A member of both North Bay Aquatics and the Redwood swim team, Kurakin has at least one practice every day of the week. This practice regimen includes morning workouts from 5:30 a.m. to 7 a.m. three days a week, as well as six two-hour swim practices a week. Although practices are rigourous, Kurakin persists through every workout, powered by his love of swimming and competition.

Competing at Kurakin’s level requires more than physical strength, and Kurakin has developed race strategies throughout his career which supplement his natural abilities.

“The 500 [meter race] is around four minutes and you are faced off next to some guy and you are forced to compete,” Kurakin said.  “I like to come back strong in the back part of the race, but that means you fall behind at the start. I just know that in the last 100 I really need to put my legs into it and catch him.”

In his high school career, Kurakin’s work and dedication have translated into impressive results. According to collegeswimming.com, a site that ranks all high school swimmers, Kurakin is rated as the 26th-best recruit in California in the class of 2018, and this November he committed to the University of California San Diego (UCSD) to swim under David Marsh, who coaches the U.S. national team in addition to UCSD’s team.

Above all else, over the past four years Redwood swim coach Fred Ferroggiaro has been most amazed with Kurakin’s unparalleled work ethic. Although Kurakin’s physical talent is not exceptionally superior to his peers, Kurakin’s dedication to swimming is what has truly made the difference, according to Ferroggiaro.

“Because of his intelligence, willingness to learn, stick to the plan and ability to not be distracted, he is arguably the best swimmer to ever come through Redwood High School,” Ferroggiaro said.

Because of the sport’s individual nature, Kurakin believes that success often comes from within. Both mental and physical preparation is the responsibility of the individual, according to Kurakin, and he holds himself accountable for his successes and his failures.

Part of Kurakin’s success in the pool can be attributed to a composed yet determined mindset.

“You have to find a way to be both aggressive and cool. You have to get pumped for your races, but you’re also kind of alone,” Kurakin said. “Sometimes, at major meets like Nationals, I have to swim two to three times a day and by the last day I’m really tired, but I have to stay aggressive, be pumped up and be able to focus in on myself.”

Next year, when Kurakin competes at a Division 1 level at UCSD, he will need to adjust to a higher level of competition, according to Ferroggiaro. But, he believes that when Kurakin gets pushed out of his comfort zone, it will only motivate him to work even harder.

If all goes as planned, Kurakin hopes that he can swim well after his collegiate years.

“It is definitely a goal of mine to swim through and beyond college,” Kurakin said. “You don’t get paid much swimming, but hopefully that changes soon.”