Night of Blues boogies its way to another successful performance 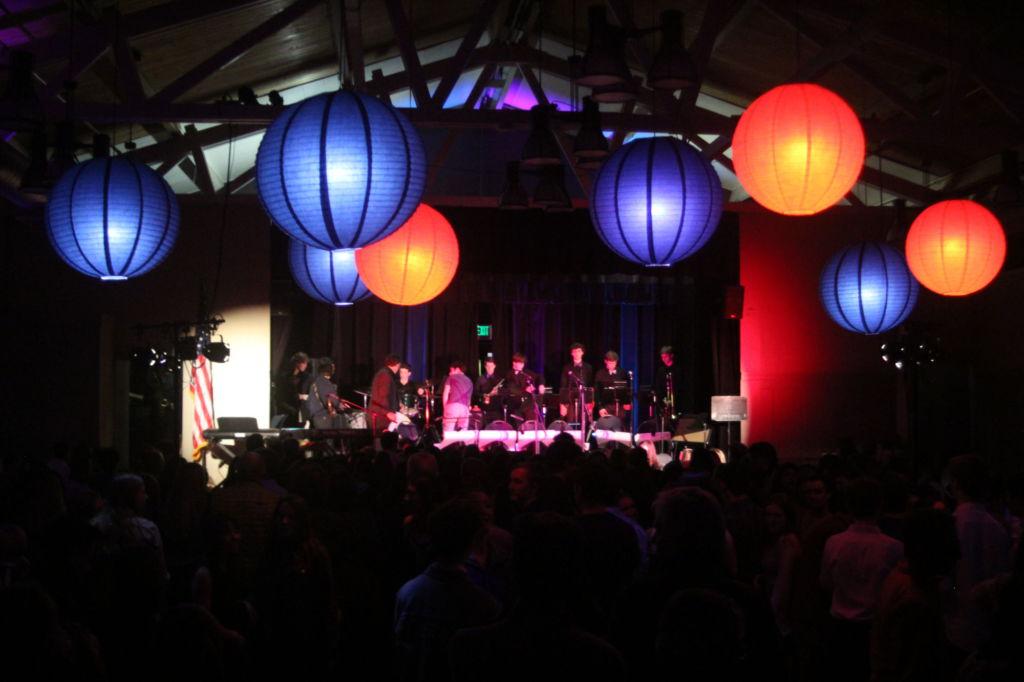 The annual Night of Blues concert on March 16 offered the Redwood community an opportunity to let loose, enjoy great music and dance the night away. Redwood students from the Advanced Performance Workshop class performed to a crowd of students, parents and music fans who filled the small Corte Madera Community Center. The energy was high and the room was transported back in time to the era of legendary singers such as Aretha Franklin and Chuck Berry. Throughout the night, students performed covers of classic songs like “Play That Funky Music” by Wild Cherry and “Great Balls Of Fire” by Jerry Lee Lewis.

Junior Miles Squires, who has performed at Night of Blues for three years, said the turnout this year was “insanely amazing.” Squires said he was eager to get on stage and couldn’t wait to perform.

“Performing with the band is so fun and I get such a rush when I play on that stage for my peers, and especially playing with the people I love,” Squires said.

Squires performed three songs as a singer and a guitarist, including “Jailhouse Rock” by Elvis Presley.

He said the process for Night of Blues starts off with choosing a long list of about 50 to 60 jazz or blues songs, and the class then cuts them down and practices them until they are ready to be performed.

The mood of the night was eccentric and lively, with many attendees wearing formal attire.

In past years, Night of Blues was hosted in the Redwood CEA. Performing at the Community Center was a change of venue and senior Francesca Greenberg said it enhanced the energy of the night.

“I love the lighting throughout the whole place, on the dance floor and on stage. It’s really pretty and emphasizes who is performing at the time,” Greenberg said, also mentioning that the outside patio and the food and drinks were great additions.

The night drew in hundreds of people and sophomore performer Elizabeth Hylton thinks she knows why so many people came.

“I think it’s the type of music and the venue; it’s not something that most teenagers these days are going to. People gravitate towards rap music and raves and here it’s just a very different environment. I think it takes us back in time. It’s a little more innocent and it’s just about having fun with your friends,” Hylton said.

The event was Hylton’s second year at Night of Blues, and she said it’s the connections with other people that keep bringing her back.

“Performing is something I have been doing since I was seven and it’s always been a good experience. The connections that you make, whether it be the band members or the audience or your friends that come, they’re invaluable,” Hylton said.