Eating dogs is horrific. So why isn’t eating pigs? 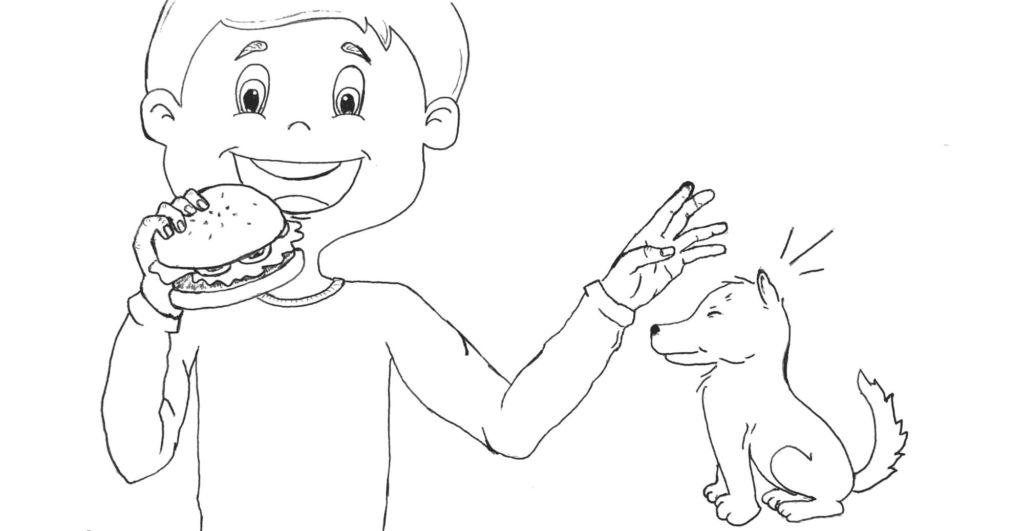 Around summertime every year, my email account becomes flooded with angry, passionate Change.org petitions with the same goal: to ban China’s annual Yulin Dog Meat festival. The festival is a 10-day event held in Yulin, Guangxi, China during the summer solstice and is celebrated by eating dog meat. Last year, an estimated 10,000 dogs were slaughtered for the festival, according to an article by The Independent.

Countless petitions and articles carry heartbreaking images of puppies cooped up in cages on their way to slaughter houses and skinned dogs hanging upside down from metal hooks. They include gory details of how these animals are clubbed, torched, burned, beaten, even boiled to death while fully conscious. It is a horrific, cruel festival that is on the receiving end of much global outrage and criticism. But why do the same people who condemn the Chinese for eating dog don’t find fault with Sunday barbecues, hamburgers and bacon?

The meat eater’s hypocrisy is immoral and unjustifiable. The other day in Spanish class, one of my classmates presented about a Peruvian dish, cuy, and mentioned that cuy is a dish made from guinea pig meat. Upon hearing that, some people gasped in horror. “Yeah, it’s really sad,” she responded. But why is the death of a guinea pig for human consumption so sad, while the plight of millions of cows, pigs and chickens, who await their death within the confines of the most atrocious factory farms, isn’t?

According to the American Society for the Prevention of Cruelty to Animals (ASPCA), over 99 percent of farm animals are raised in factory farms—profit-driven industries that couldn’t care less about animal welfare because it threatens their ability to maximize output at the lowest possible cost.

In factory farms, animals raised for slaughter spend their whole lives in the most cramped, unnatural and stressful conditions. Four or more egg-laying hen are stuffed into tiny battery cages where none of them can spread her wings. Pigs are kept in crowded rooms, on concrete floors where they often bite and injure their pen-mates due to the trauma and lack of room. Piglets are torn apart from their mothers when they are as young as 10 days old, and once her babies are gone, the sow is impregnated again, over and over for three or four years until she is slaughtered, according to People for the Ethical Treatment of Animals (PETA).

According to the U.S. Department of Agriculture, in 2015, Americans consumed a total of 48.4 billion pounds of red meat and 8.82 billion head of chicken. If 10,000 dogs and cats that lose their lives in Yulin every year is an appalling number, how does this compare?

In an industrialized, systematic fashion, we continue to support the mass murder of billions of farm animals every year. Yet, the Yulin Dog Meat festival will always draw more outrage, more petitions and more drama than the U.S.’s monstrous meatpacking industry ever will.

Many people in Marin say they are animal lovers; however, they extend their love to animals that, in our world, are designated as pets. As a society, we have accepted that some animals exist for human companionship and some for human consumption. We love our dogs and cats because we spend time and bond with them.

A person raising a piglet as a pet would also bond with it in the same way, because humans empathize with other beings when they see them, spend time with them and think about them. Many people after picking up a ham sandwich at the grocery store do not feel empathy for the pig that died to go into that sandwich because they never got to see it as when it was alive; they don’t think about their meat as something that was once a living, thriving, sentient individual. Instead, they see it as food.

We need to start empathizing with the animals in factory farms the same way we empathize with our pets. Distance should not be a factor.

One common justification for eating meat is that farm animals cannot reason like us, therefore, as superior beings, it is our right to eat them. Even compared to our pets, they seem to be less sensitive, almost less evolved. Scientific research, however, has proved this notion to be false.

A study conducted by neuroscientist Lori Marino, founder of the Kimmela Center for Animal Advocacy, and professor Christina M. Colin of Emory University found that pigs have similar mental and social capacities to dogs and chimpanzees. In fact, pigs are one of the smartest animals on the planet, according to the Humane Society, with greater cognitive abilities than three-year-old children.

But at the end of the day, is eating them because they’re of a lesser intelligence a justification at all? Even if farm animals did lack the capacity to reason and think as many people believe, it still does not mean that humans have the right to subject them to a life of torture before their ultimate demise.

Philosopher Peter Singer once famously said, “All the arguments to prove man’s superiority cannot shatter this hard fact: in suffering the animals are our equals.” And he’s right. Whatever reasonings humans may conjure up to justify eating meat, the arguments remain morally fallacious because all farm animals are capable of feeling pain and suffering, just like dogs, just like guinea pigs and just like us.

Human entitlement dictates that animals are ours. But animals aren’t ours—to eat, to confine or to use. If we truly are morally, intellectually and evolutionarily superior beings capable of reason and empathy, then the time has come to end the exploitation and consumption of all animals. Or at least, the next time you sign a Change.org petition criticizing the Yulin Dog Meat Festival, don’t order a hamburger when you go to In-N-Out.