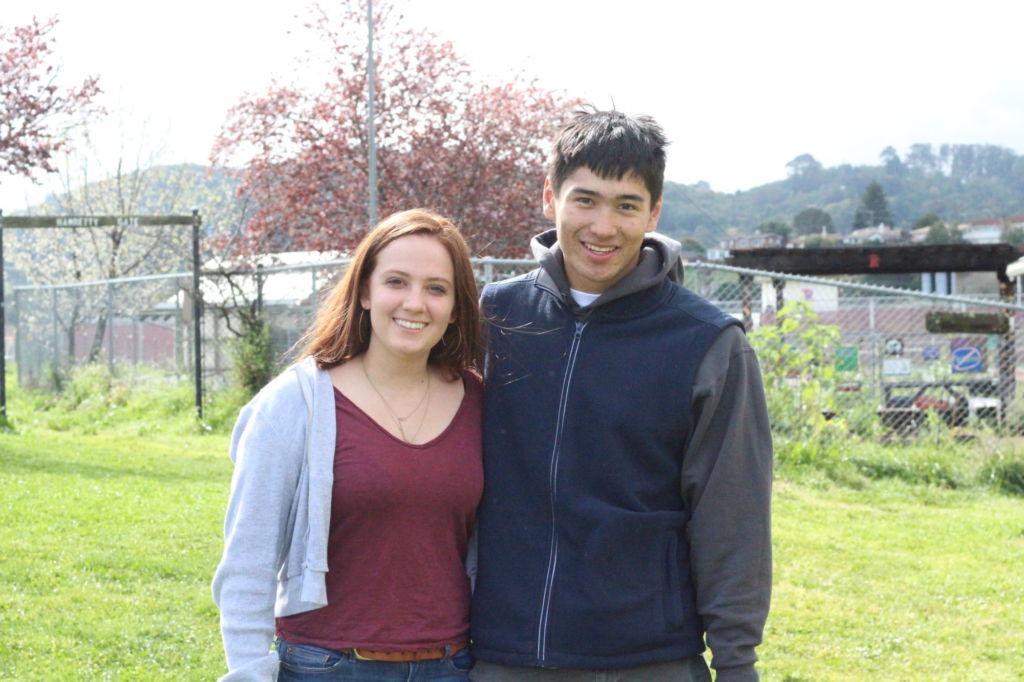 However, Stewart said that only in the last school year did this idea come to fruition with a collective push from the administration and school board. When Stewart introduced the classroom proposal to his APES class at the end of the 2016-2017 school year, senior Max von Franqué and recent graduates Nathan Green and Holden Bailey decided to join the initiative.

According to von Franqué, the initiative is as it sounds: a classroom built and operated with environmental techniques.

“This classroom won’t be like any other classroom before it, so we want to have an emphasis on sustainable design in building the project and in the maintenance of the classroom. An example of this, is that the building will be prefabricated off-site which will reduce costs, time and materials—kind of like legos by putting them all together,” von Franqué said.

The advantages of the prefabricated structure assist the quickness at which the classroom can be built and can decrease the environmental disturbance at Redwood during construction, according to Stewart.

“It ends up being less wasteful and there is less local environmental impact. They’re building at a special site where they do all their building so there’s less waste as the materials are more uniform to their specifications,” Stewart said.

Growing up in Tam Valley, von Franqué has been able to cultivate his interest in the environment. As a result of his closeness to nature, he’s been inspired to take part in an array of different environmentally-centered activities. For example, at Tam Valley Elementary School he started the school’s first compost program.

Despite a busy after school rowing schedule, von Franqué finds time to uphold his interest in the environment. Over the summer, von Franqué worked for the Marin Sanitary Service, practicing route analytics and route optimization. His job involved recording truck routes and upload them to a new computer software system. In addition, he interned at EarthScope Media, an environmentally-centered internship journalism group. Currently, he volunteers at Muir Woods as an interpreter, where he helps tell tourists which trails to go on and respond to medical emergencies.

At the start of the current school year, due to Green and Bailey graduating, there was a vacancy for another student representative which senior Loren Greene volunteered to fill. Greene, who is friends with von Franqué, heard him discussing the new environmentally friendly classroom initiative and decided to join as an architecture representative.

von Franqué said that while there are costs to building the structure, the rooms will be needed to offset the rising student population, as the newly built portables are only temporary.

“We need more space. The computer labs are being changed to classrooms and teachers are sharing classrooms,” von Franqué said. “The issue is when people say they’re temporary, you don’t always know. Take for instance the ceramics and band buildings, those are portables and yet they still are on campus many years after. So that’s the advantage of a free standing building—we’re probably going to keep whatever we build,” von Franqué said.

According to von Franqué, using geometry to find the angle that the sun will hit the classroom for heating and cooling at certain times of the day is his favorite environmental technique for the initiative.

“We can use geometry to calculate where the sun is shining and depending on where that is then place windows strategically. So in the mornings in winter, the classroom heats up and in the afternoons it will cool off. Then in the summer the classroom will stay cool. We can tell students, ‘Hey, this is how we used geometry in math, combined with earth sciences in Integrated Science to calculate how we put these windows,” von Franqué said.

von Franqué said he hopes the various environmental techniques will deal with the extra costs while serving as a beneficial teaching tool.

“An example is solar. Solar could power the building and another example is a living roof to make it better insulated. These are examples of features that we want to use for sustainability, but it’s also to make it a teaching tool,” von Franqué said.

“We want to make it a community building, a demo. So somebody over the weekend can walk by the classroom and there will be placards or screens where they can learn how the building works,” von Franqué said.

In the first semester of the 2017-2018 school year, both Greene and von Franqué traveled with Vice Principal Saum Zargar, Principal David Sondheim, District Architect David O’Connors and Stewart to other schools that had implemented similar classroom designs. Although their favorite were the Project Frog made classrooms according to von Franqué.  Project Frog is a local firm that designs buildings in a prefabricated eco-friendly process. Project Frog offered free advice about the engineering and costs to von Franqué and the graduated students.

According to von Franqué, the most feasible location for the classroom was going to be next to the small gym, adjacent to the bike racks. Before construction begins, the location must be checked to ensure the foundation will not sink into the underlying marsh. The final location will be confirmed after measurements for building depth are calculated.

The next big step, according to von Franqué and Stewart, will be initiating the bidding process for the construction of the classroom. Although due to projected district budget deficits, any plans for the implementation of the classrooms have been pushed back, according to principal David Sondheim. Despite this setback, von Franqué is hopeful for Redwood’s push towards a more environmental front through programs like composting in the meantime.