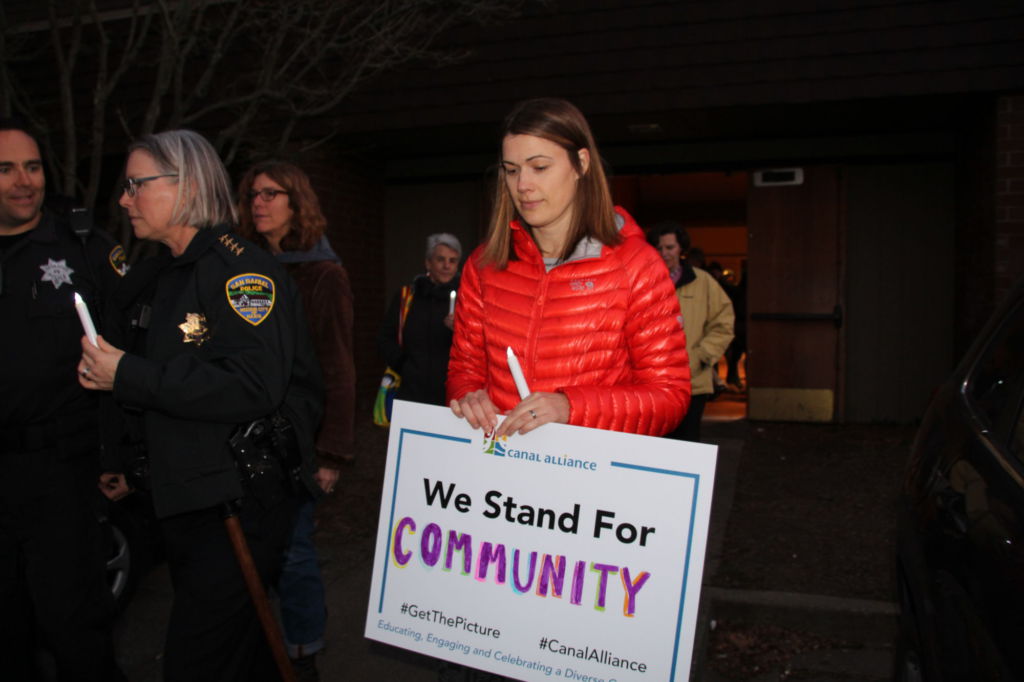 Marin residents of all ages, genders and races came together to celebrate not only the diversity of our community but to bring awareness to the immigrants living within the county.

Sara Matson, the executive director of Canal Alliance, a nonprofit immigration legal service company, assisted in planning the event and explained the importance behind the event itself.

“We know that there is so much negative news. Communities are under attack, immigrants are certainly under attack and it has been a stressful, stressful year,” Matson said. “We think it’s really important to bring people together with other people who really believe in the values of diversity and community.”

A large part of the event was focused on inclusiveness, specifically on accepting immigrants in the community. There were many resources for immigrant families and individuals available at the event, such as a bilingual ‘know your rights’ card with information such as constitutional rights including the 4th and 5th amendments. These cards were displayed on a colorful poster and volunteers encouraged people to take one and post it around their neighborhoods.

Redwood parent Suzanne Joyal, a volunteer at the event, was in charge of distributing these cards.

“We have these ‘know your rights’ cards for people if there is any threat of ICE [U.S. Immigration and Customs Enforcement] or other immigration issues, and we put it together with a poster where people can write about community and what makes you strong and it makes a beautiful idea,” Joyal said. “It’s a combination of getting someone information they really need and doing it in a beautiful way.”

The event was held for the first time last year following the results of the 2016 presidential election, though it wasn’t politically motivated.

“After the election [with Donald Trump winning] many people in the community felt like they didn’t have a voice, and although this event is not aimed at being political, it’s important for community members to know that their voices are heard,” Matson said.

Before the attendees began a candle-light walk, speakers including Matson and a representative from a local synagogue encouraged everyone to join together and celebrate being different. Attendees exchanged hugs and smiles and met new people throughout the activity.

“Valentine’s Day is a day for kindness, love and gratitude, so it seemed fit that to hold it today,” Matson said.

Kirsten Brown, a junior at Drake High School, attended the event with her twin sister and a family friend. She believes events like these are vital to create a strong community.

Following the speeches, the doors of the community center opened, and people began to walk up B Street in San Rafael, carrying battery-operated candles and homemade signs to illustrate the significance of diversity within Marin and how the rest of the community should become united in these efforts.

“We want to thank the community members for celebrating the diversity that makes Marin a wonderful place to live,” Matson said.