Redwood family gives back to world by collecting 1,300 shoes for charity 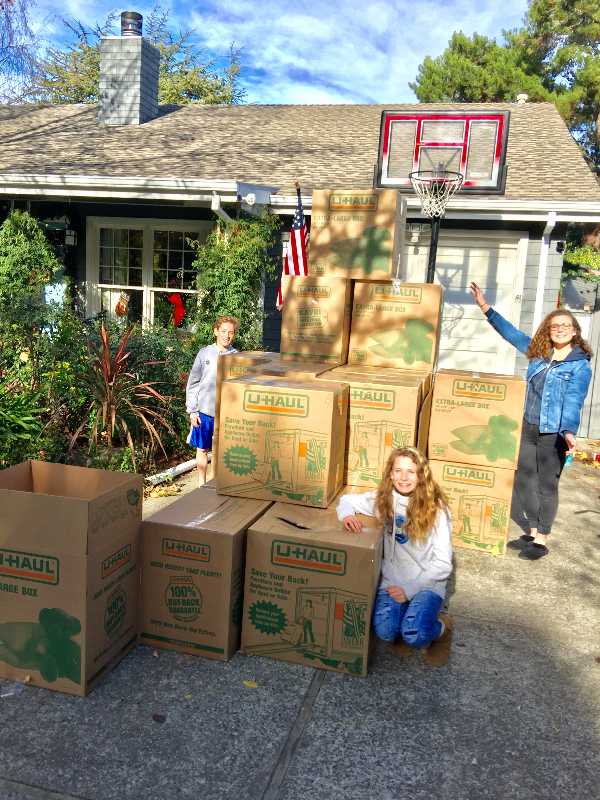 Soles4Souls, based in Nashville, Tenn., is committed to distributing new and gently-used shoes throughout the world, mainly focusing on Third World countries. The organization relies on the hard work of families like the Salvettis, local people who collect shoes then ship them to a nearby containment center where they are designated to be redistributed.

“I feel like we have a passion to give, and this community has so much to give: time, money, resources,” Ann Salvetti said. “We’ve always had so much to be thankful for, so we feel compelled to do what we can.”

Ann and Sandor Salvetti, along with their three kids, junior Alyssa and middle schoolers Dante and Briana, all chipped in to help gather the shoes. Contributions ranged from the presentations Dante and Briana gave to their peers about their collection efforts to the boxing and shipping that Alyssa and Sandor undertook. The shoes were shipped at the end of last year following four months of hard work and countless hours of shoe match-making.

“I’m super proud of [my kids],” Ann said. “I know it’s a cliché saying but it feels better to give than to get a gift.”

Starting in September, the Salvettis spread collection boxes around Larkspur and Corte Madera, dropping them at locations such as TJ’s Gym and Saint Patrick’s Church. The boxes, combined with donations from friends and other community members, helped the Salvettis amass their grand total of shoes. Though they accumulated quite the assortment of footwear, the family managed to keep their work atmosphere light and productive.

, but it was fun because we would create games and competitions,” Alyssa said. “It felt so good to box them up.”

Dante and Briana both agreed that the sibling rivalry fueled their efforts, though it wasn’t all fun and games.

“My least favorite part was not being able to go out with my friends,” Dante said. “[At least] I got the most hours.”

Despite not having a garage, the Salvettis made sure to find a place for every shoe, sometimes having to think outside the box.

“We’d have to rubber band the pairs of shoes together and then put them in a Hefty bag and put that outside under a tarp [to protect from the rain],” Alyssa said.

Though the family is proud of their work, Ann would like to see their charitable contribution grow even more, and she sees potential for local expansion.

“I think [our collection] went up a little, but I think it could go up more,” Ann said.

“I would love to see the community fully back us, and I would really like to see Redwood back us in support.”